For my third project i decided to redesign the common beer tap used to draw beer straight from the keg. These are usually either made from cheap plastic, or in a very tradional form, from brass or wood. For my considerations, i split the object into three segments.

while thinking about which parts of the existing design should stay and which should be left out, i figured that the enhancement where the handle meets the tube are still important, whereas the orthogonal clash of the different layers in the object seems suboptimal. For the handle, the 3D explorations showed a leaf like structure, taking its way through the tube in an certain curve. 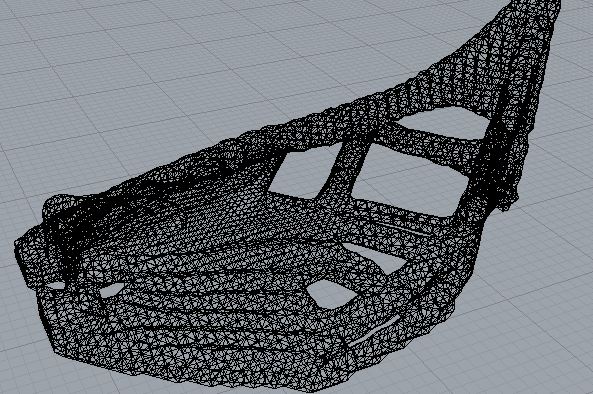 My first explorations of the tube showed a very straight approach of different lines from the hitting surface at the front heading towards the end that sits inside the keg. 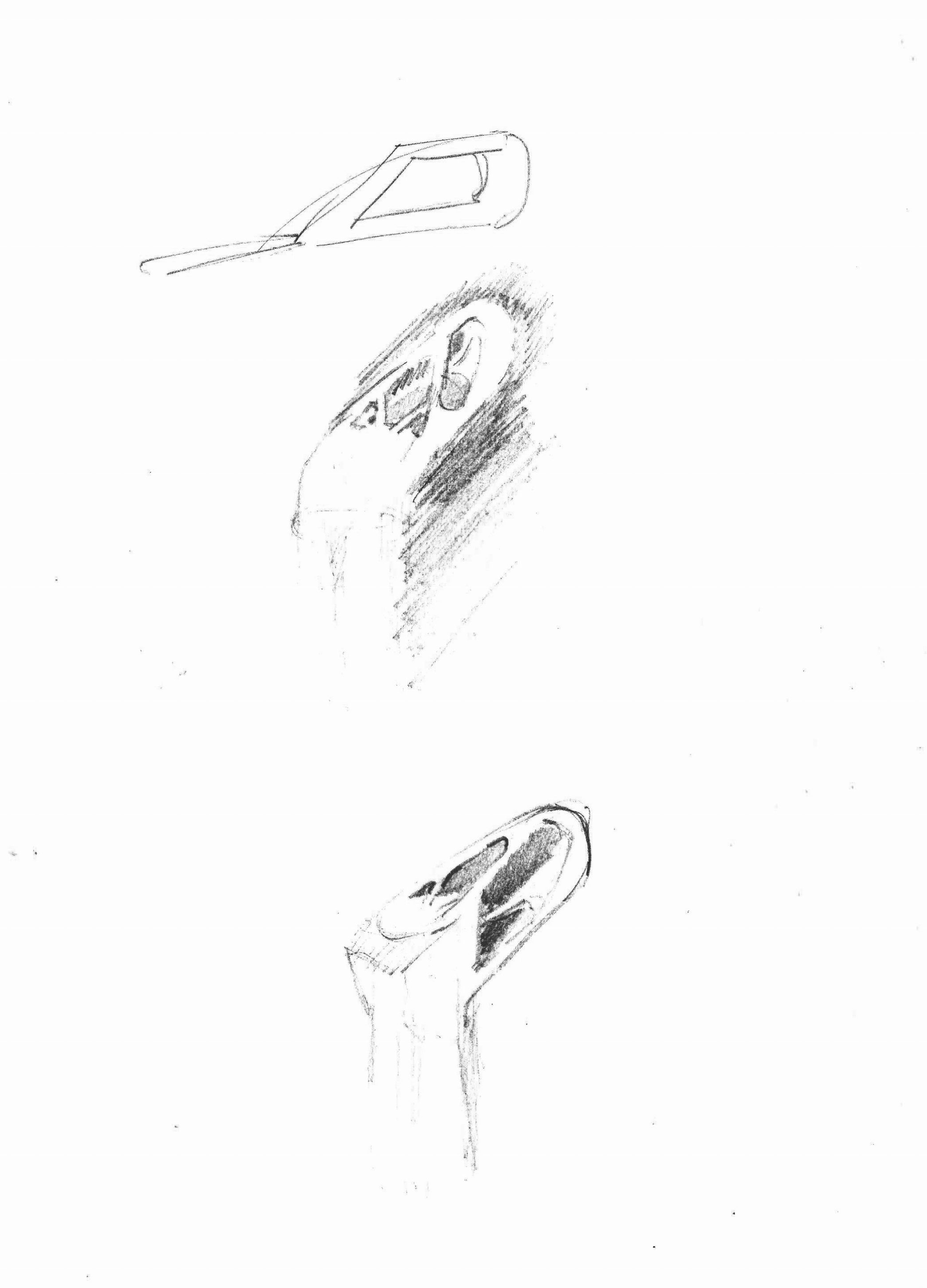 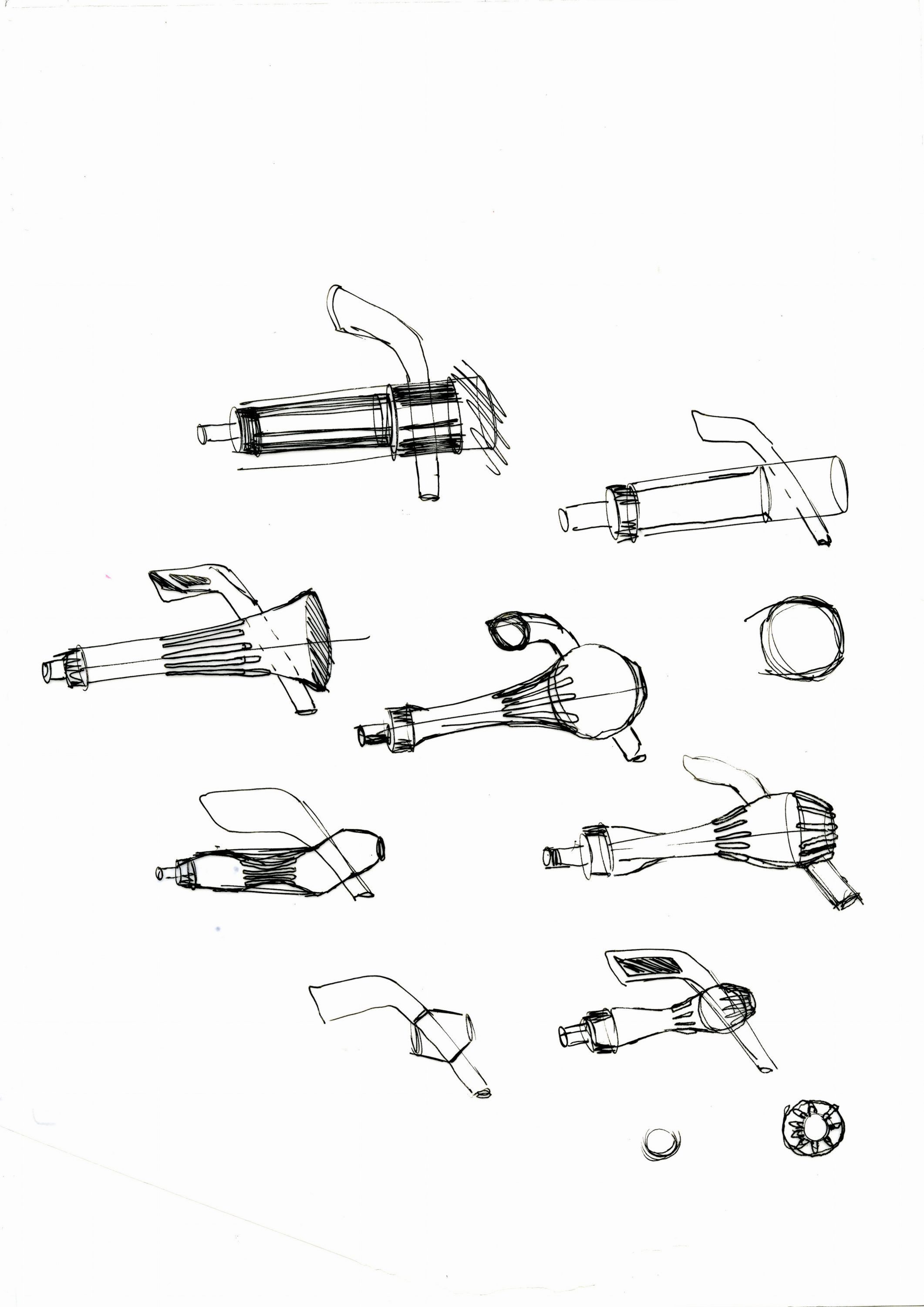 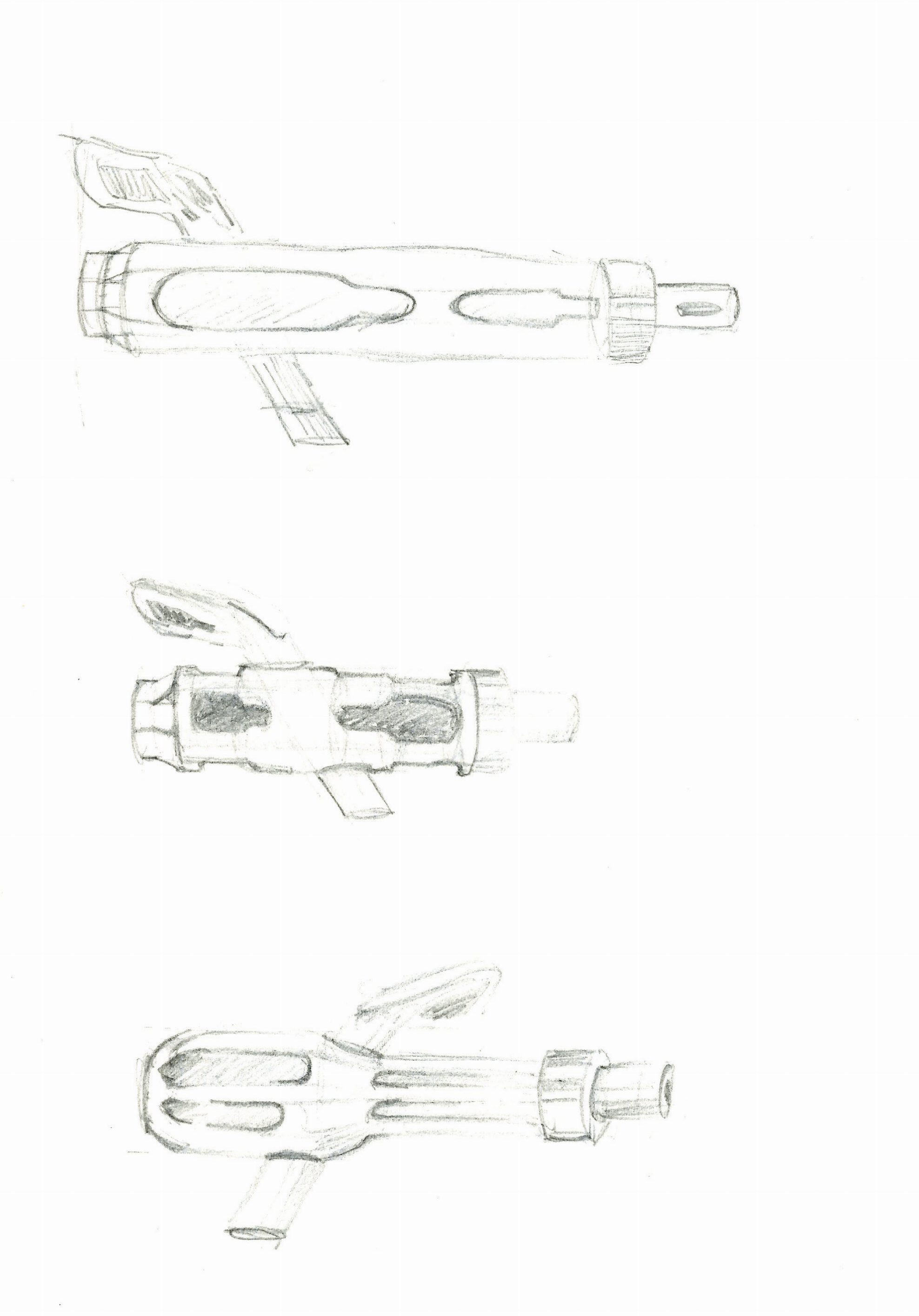 After the Metastructure did not really get sorted via 3D-Calculation, i started with 2D-calculations instead to get any ideas for the surface of the tube. Eventhough a surface with holes in it would mean it could not hold any liquids by itself, it could work as a supporting structure around a thinner plain tube. I reviewed these results as a kind of mesh structure, which reminded me of the leaf structure of hops, traditionally used for brewing beer. In the area where handle and tube meet, and the very end that needs to hold the pressure inside the keg, I decided to compact that mesh. The 3D-model is only producible with the technique of 3D-printing, therefore more of an experimental approach. Especially the hitting plate in the front needs improvement, as well as the handle, which could not be pursued in the short term. 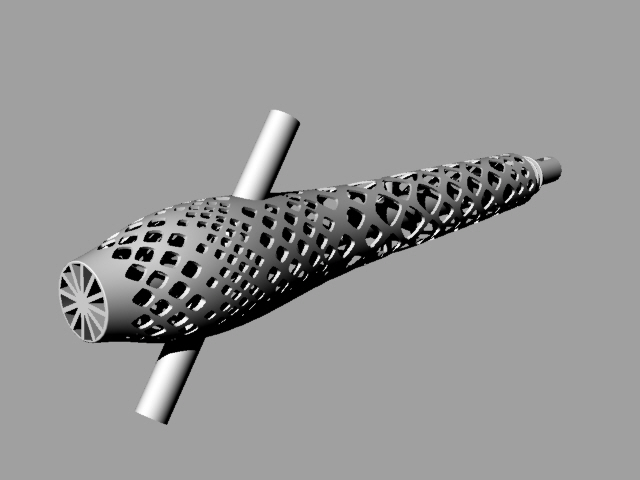