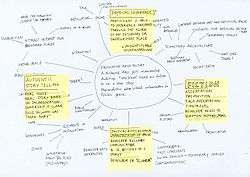 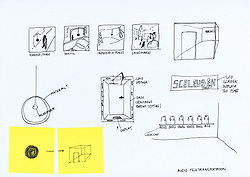 I´m mostly inspired by parking lots as sites that can be seen as non-places. I would like to focus on these non-places, their previous states and the story behind them. The structure and design of a parking lot appears to be timeless because the function has not changed in the last century and will probably not change in the forceable future.

The visual simplicity and interchangeability of a parking lot seems like a provocation in itself in a city like Weimar, where historical individuality and uniqueness of architectural space is highly valued. I will create a historical intervention and performance that is based on real events. The intention of my project is to reference a real house or space that has been overwritten by this non-place, more precisely a parking lot.

I want to define a space in which the visitor gets the impression of being in another event in time while still being in the present. In this audio installation you will be provoked to remember something which is not pleasant and to reflect on the present.

I am working with aspects of modernism, ownership of a “place” and the manifestations of a shrouded history that have been re-contextualized. I need to research to discover a particular happening that contrasts to the present time. I think there is an interesting comparison that can be made between the past and the present. You could say that the Nationalism movement had a vision of a utopian society that was free from impurities. The modern shopping mall is also a utopian vision of society, there is no dirt, no nature, its a “clean” place. As an artist I want to remain objective, by choosing these particular sites I want to create an experience for the visitor that enables them to be connected to the past and the present and to draw their own conclusions.

I spend some time making field studies in and around the Weimar Atrium. Wondering through the parking lot I noticed some quotes at the walls. With regard to the history of the place most of the quotes have an absurd, almost ironic effect. Especially the selection of authors seems much dubious to me. Here are some of them:

For this week I´m focusing on further research in fields of the phenomenon Mall and the actual consistency of this place (textures, design, smell, sound etc).

Process of the installation "Private"

These sketches illustrate the idea of adding actual research photos behind the "Parking Lot Studies". A gap of circa 10 cm allows the beholder to also see what's behind the Drawing. I'm still testing different approaches and aesthetics. I can also imagine to work with a screen or a projection behind the studies, in order to show a bigger range of photos I can show. This idea meets the aspect of the combination between work in progress and accomplished pieces, which I find representative for the way I was working in this project so far. 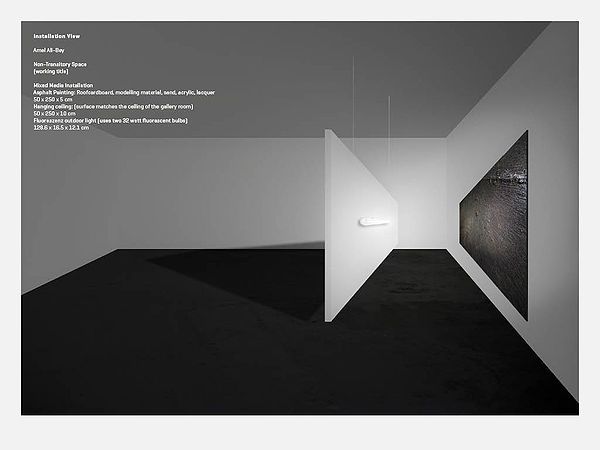 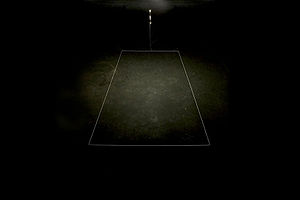 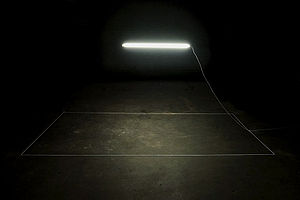 Documentation of all realized works during the course Provocative Architecture