You can find genetic material / DNA allover in plants, humans, animals and its cells. The structure of DNA is packaged as chromosomes that are present in special stages of dividing cells. This process of dividing living material leads to new forms of organisms in every step.

What you will see

Organisms appear on a screen in a digital environment. Thy are belonging to the digital and science world. They move and need attention. Are they human? Stop and Go Signals (e. g. from walking by) changes the organisms in their shape, movement and aesthetics. The interaction in front of the screen reveals different aesthetics of the Cell stages.

About the genetic code

"Two apparently opposed properties of living beings, stability and variability, are based on the very nature of the genetic text. The system only offers a choice between two alternatives. The only instruction that can be received from the environment through regulatory proteins is a ' go ' or ' stop ' signal. Reading the genetic message, therefore, is like getting music from a iuke-box in a cafe. By pressing one of the buttons, one can choose the desired record from those in the machine.“ (Jacob, Francois, La logique du vivant)

I am going to isolate cells of plants and work with the different stages of the cells. Cells need company to grow. In the exhibition the visitor gets in contact with the genetic material through sensors. Stability and Variability: Who is changing whom and what organism decides about the `stop´ and `go´? 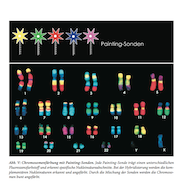 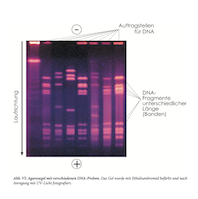 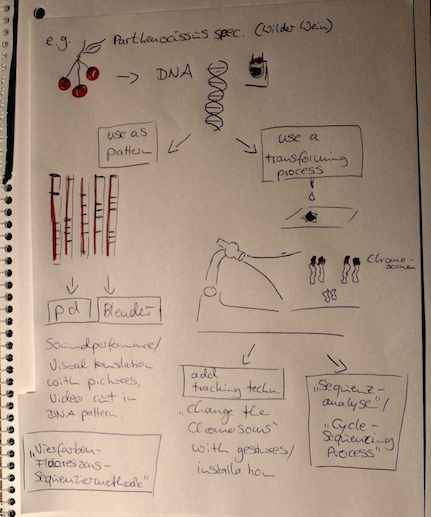