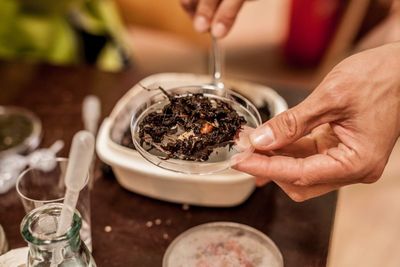 THIS IS THE WIKI FOR THE COURSES IN SSSommersemester – summer semester. Usually this is followed by the year. If not it could be something else. 2019

This 3 day intensive course builds upon the practical skills acquired in the module “DIY Bio: doing things with biology” (by Mindaugas Gapsevicius) or a previous "Experimental Microbiology" course. The course will introduce you to the methodologies, project planning and experimental strategies in the natural sciences. While working in the DIY BioLab (Chair of Media Environments) you will learn how to think like a microbiologist and what it means to do scientific research. Educational objectives include literature research, experiment design, result documentation, discussion and scientific writing. The course will be structured in a flexible way, tailored to the needs of the participants and the program will be developed collaboratively. Attendance during the 3 days of the course, as well as the delivery of detailed project documentation (paper, artwork, etc.) until the end of the semester is required.

wikipedia:Life#Definitions
Since there is no unequivocal definition of life, most current definitions in biology are descriptive. Life is considered a characteristic of something that preserves, furthers or reinforces its existence in the given environment. This characteristic exhibits all or most of the following traits:

wikipedia:Organism
In biology, an organism (from Greek: ὀργανισμός, organismos) is any individual entity that exhibits the properties of life. It is a synonym for "life form". Organisms are classified by taxonomy into specified groups such as the multicellular animals, plants, and fungi; or unicellular microorganisms such as a protists, bacteria, and archaea. All types of organisms are capable of reproduction, growth and development, maintenance, and some degree of response to stimuli.

Prokaryotes are represented by two separate domains—bacteria and archaea. A unicellular organism that lacks a membrane-bound nucleus, mitochondria, or any other membrane-bound organelle.

Eukaryotic organisms are characterized by the presence of a membrane-bound cell nucleus and contain additional membrane-bound compartments called organelles (such as mitochondria in animals and plants and plastids in plants and algae, all generally considered to be derived from endosymbiotic bacteria). Fungi, animals and plants are examples of kingdoms of organisms within the eukaryotes.

Living beings that are too small to be seen with the (human) eye.

They live in almost every habitat from the poles to the equator, deserts, geysers, rocks and the deep sea. Some are adapted to extremes such as very hot or very cold conditions, others to high pressure or [...] high radiation environments. Microorganisms also make up the microbiota found in and on all multicellular organisms.

Microbes are important in human culture and health in many ways, serving to ferment foods, treat sewage, produce fuel, enzymes and other bioactive compounds. They are essential tools in biology as model organisms and have been put to use in biological warfare and bioterrorism. They are a vital component of fertile soils. In the human body microorganisms make up the human microbiota including the essential gut flora. They are the pathogens responsible for many infectious diseases and as such are the target of hygiene measures.

The possible existence of unseen microbial life was suspected from ancient times, such as in Jain scriptures from 6th century BC India and the 1st century BC book On Agriculture by Marcus Terentius Varro. Microbiology, the scientific study of microorganisms, began with their observation under the microscope in the 1670s by Antonie van Leeuwenhoek.

Cells consist of cytoplasm enclosed within a membrane, which contains many biomolecules such as proteins and nucleic acids.

A prokaryotic cell has three architectural regions:
1) Enclosing the cell is the cell envelope
2) Inside the cell is the cytoplasmic region that contains the genome (DNA), ribosomes and various sorts of inclusions.
3) On the outside, flagella and pili project from the cell's surface. These are structures (not present in all prokaryotes) made of proteins that facilitate movement and communication between cells.


Eukariotic cell The main distinguishing feature of eukaryotes as compared to prokaryotes is compartmentalization: the presence of membrane-bound organelles (compartments) in which specific activities take place.

Most important among these is a cell nucleus - an organelle that houses the cell's DNA. This nucleus gives the eukaryote its name, which means "true kernel (nucleus)".

Suggested resources regarding the proposed projects/topics