Dracula’s Pizza Delivery is a 2.5D endless game where you compete against time. The main goal of the game is to deliver pizza to different monsters without passing the time limit of the orders and to achieve the highest score!

The Game shows an alternate backstory on how Bram Stoker's famous horror novel character Dracula became so famous. He is not a nobleman, nor a criminal. Instead everybody knows him for the best pizza in town! The Game depicts him at a younger age when he started as a regular pizza boy and had a simple lifestyle. He lives in a monsters neighbourhood- a fictional town in 14th century Transylvania. Therefore, Dracula’s customers are other popular monsters like Victor Frankenstein, Hannibal Lecter and Lord Voldemort who crave pizza!

In this projects, I was lead designer, artist and story writer. I create and draw all the visuals (interface, characters, levels, environment, web design...) also write the background story, scenario and flow. Additionally, I equally build and create the visuals inside of the unity.

The most challenging part for me building the images which perfectly fit each other inside of unity. Since all drawings are 2d, they must be built in 3d to give a full city experience. I combined all the details, from the hedges to the bushes on the ground, one by one within the scene. My second challenge is to ensure the harmony of the animations within themselves and with other animations, and to arrange the cameras to fit them (prologue scene). Additionally feature I used, I adjusted the interface and font values using the canvas, after effects added by using post-processing. 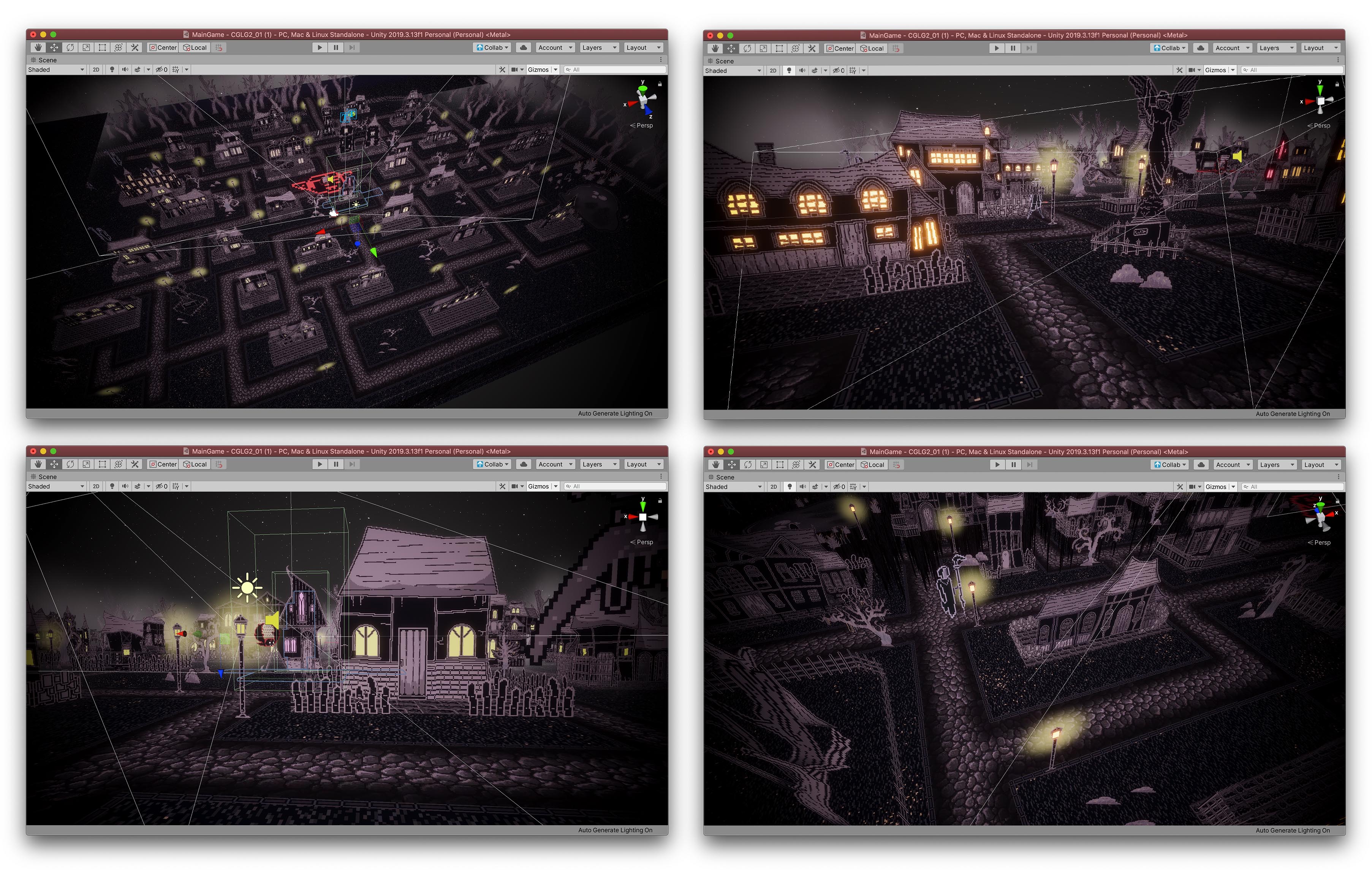 Here is the itch.io link to download the DPD [1] a downloadable game for Windows.