This project is mainly about bringing some attention to some psychological issues. I once read an article written by a person who suffered a lot from domestic and school violence and became very sensitive to outside world. It said having a very traumatised and sensitive mind feels terrible. When you look at the world, it feels like you are looking with a filter effect. Everything becomes so intense. Colours are way more strong and pure, every sound seems to be louder and harsh. Sometimes space could be also depressing to you. A sensitive person are looking this world in such an enhanced way that everything will be exaggerated no matter care or harm.

So my idea was inspired by this article and I would like to create a scene where people can see things around them become exaggerated and very intense. I chose the scene to be a campus because school violence is an important issue that we should try to think about what we may have done and how those kids been bullied feel and react to the world.

The scene will be designed in an very artistic way. I am going to use colours, space, sounds and some intense eye contact to show the psychological changes in traumatised people.

The first step is to build a campus in Rhino and import it into Unity. The links below are very helpful tutorials that show how to edit models, import them into Unity and apply materials. The tutorials also talks about how to make a better light effect and I think it is quite useful as well.

Here are some screenshots of modelling in Rhinoceros. 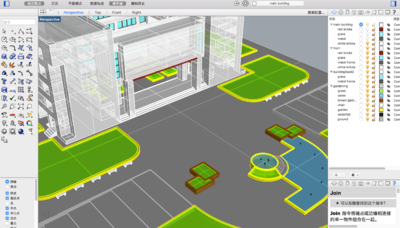 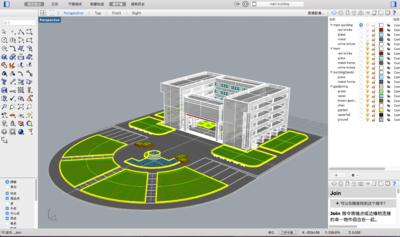 Overall this model was done according to the library of my university in China, which was a very complicate building and a place students spend every day in. 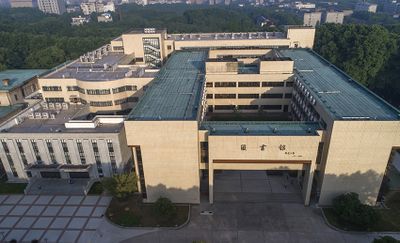 Unfortunately there are only a few effects that I can do in Unity, so I planned to try to add different kinds to my scene. Therefore it was just right to try particle system on the fountain in the plaza. Various of materials and scripts were also utilised in this scene. I was not very satisfied that I could not apply a spot light to the main character to make it lights up surrounding areas. I will keep trying to make it happen in this semester. 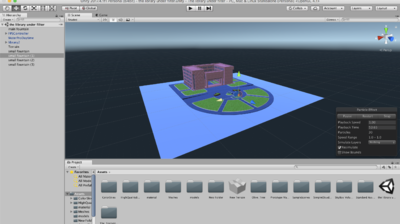 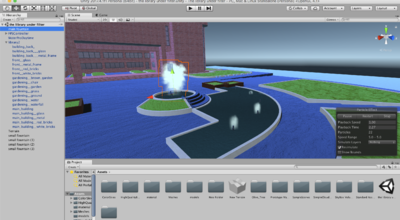 When the VR project starts the character will land on a plaza in front of a building, which is a school library. The whole scene is covered with odd colours and under very depressed atmosphere. Meanwhile, there is a sound clip attached to the terrain, from which we can hear deep sounds and whispering voices from a young girl. This indicates the topic of project. Following the main character, you can see some details of the library. The empty halls, corridors, and colourful bricks. 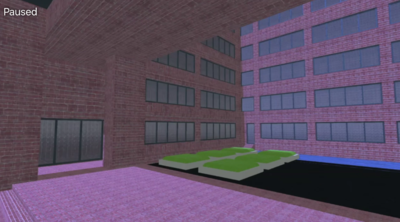 This course is very meaningful to me though I did not manage so many skills of Unity or Blender. It allows me to get to know how VR projects are done, the basic technique behind it. Plus I realised what kind of skills I need to acquire if I want to set foot to VR/AR/MR design, javascript, C# script, modelling, rendering, etc. Seeing the expert approaches of fellow students in class is also very enriching and fruitful.

Pictures of the library: www.baike.com