Hello fellow VR and Unity enthusiasts. My name is Noel Zuniga and I proudly present to you the results of my Critical VR-Lab project: The Flying Outpost.

The beginning is most certainly always the hardest thing in every project. Last year I started learning Blender 2.8 and developed an interest in modelling and animation. I am still new to the topic of working within 3D spaces. I am especially drawn to animation and creating 3D environments. Besides the occasional youtube video on the topic and an attempt on creating the generic blender donut, I don’t have any experience in working within 3D programs. For that exact reason the Critical VR Lab course appealed to me.

The first step is, of course, to gather Information on how to properly use Unity. That step wasn’t really hard despite being a complete newcomer to Unity. The tutorial series provided by the course combined with the abundance of Unity content in the Internet (especially YouTube) made it easy to learn the basics of Unity.

After getting a grasp of what was possible I quickly began to brainstorm Ideas. For my first I wanted to replicate one of my fantasies. I sometimes space out during the day and find myself thinking about fantasy stories and places (probably because I read a lot of fantasy novels lately). So the first Idea was to recreate a room that was floating through space.

For every one of my artistic endeavors I usually try to find some inspiration on pinterest first. These are the pictures i found: 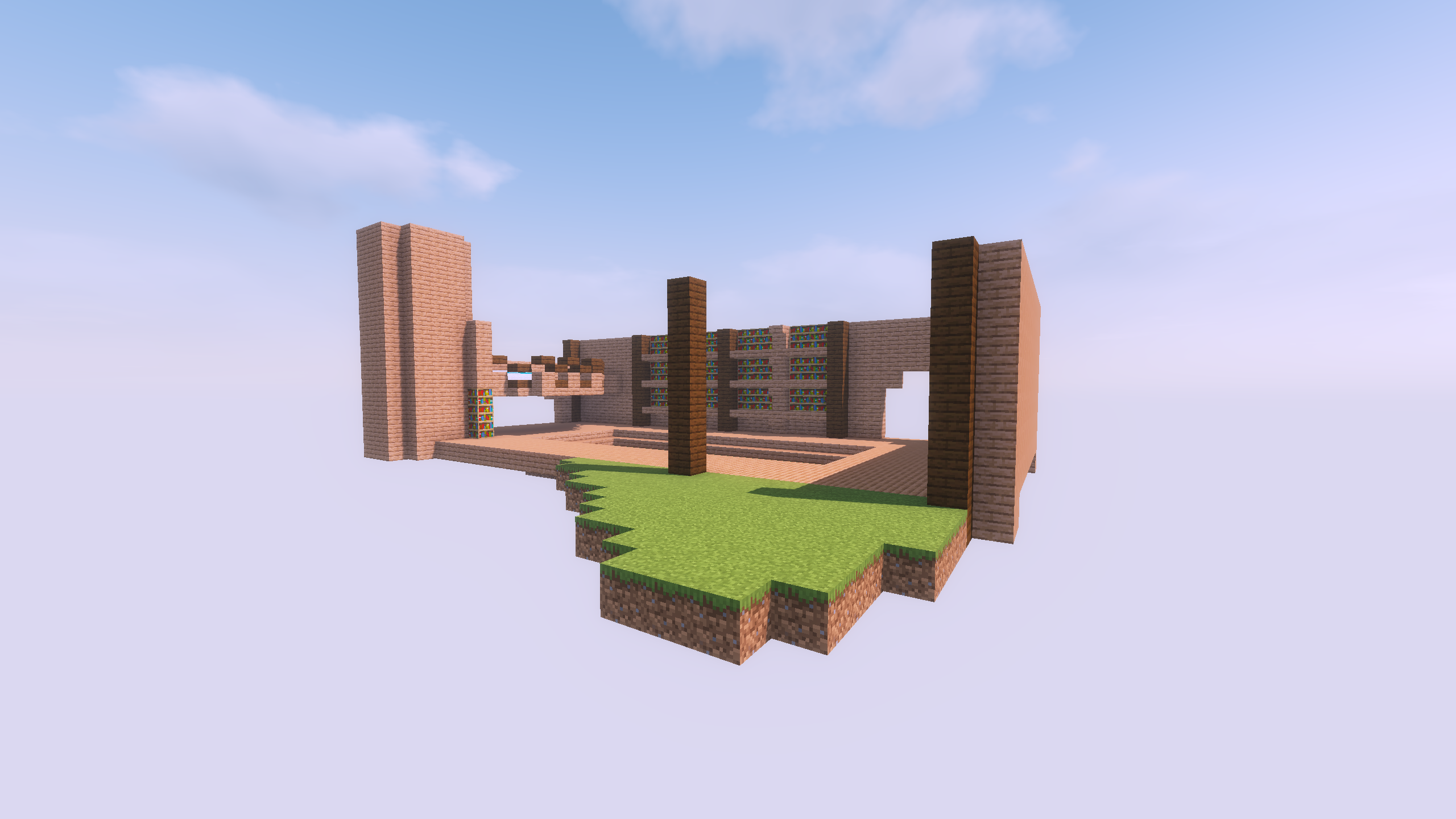 I started building the room with the unity ProBuilder but realized pretty quickly that it is quite hard to create your own 3D Models. Even though ProBuilder makes it easy to create rough terrain and objects like walls, it is way harder to properly connect the geometries of each object and therefore even more time consuming to create the entire scene from scratch. Here is a picture of my attempts using ProBuilder.

I decided to leave the idea of modeling my entire Island with ProBuilder behind and started to focus more on the general Idea. I still wanted some form of floating island with a room on top of it. Hence I settelet on the idea of creating one and bringing my project to life with various assets you can find in the Unity store. In the process I created a small plain with some mountains on top of it. Then used assets (links down below) to decorate it and fiddled a little bit with post processing features and simple animations of the grass.

To get a better Idea of the project I highly recommend you to watch my short video on the project!

I think this project was a great opportunity for me to delve even further into the realm of 3D software. Knowing Unity and understanding how you create an environment is really nice. It is easier now to make little 3D moodboards and artistic experiments with the software. I am really looking forward to make other small projects in the future.