The “Environment adapted Installation” consists of different autonomous mechanic entities built out of small electronic components (e.g. fan, solar cell, loudspeaker...) and a camera trap. The mechanic entities are separated from their “natural” environment; the urban space. They are exposed to nature. While they start exploring nature as their new habitat their performative behaviour will be observed. For that reason a camera trap nearby the mechanic entities will be installed. Usually these cameras (see picture below; found this one during the excursion to Sauen in the Brandenburg forest) can be found in the middle of the woods where foresters us them to track the behavior of animals so that they can e.g. decide which deer they should kill to keep a population healthy. The camera trap will also take pictures of the population visiting the Transmediale 2016 and their response to the mechanic entities. 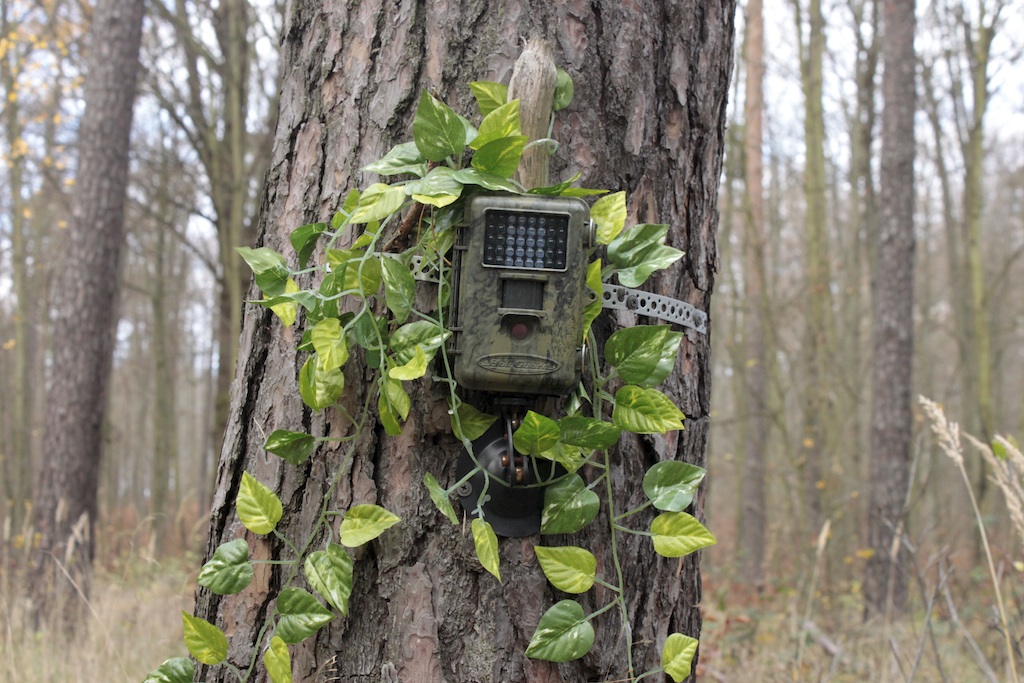 “Along with other surveillance technologies, from high-resolution satellite imaging to miniature radio tags, they will be crucial tools for preserving what's left of the world's biodiversity. […] Still, as we expand the culture of surveillance into nature's last redoubts, it might be worth keeping some […] concerns in mind: namely, that the means we use to promote biodiversity can undermine our purposes and that a technology that's right for one place isn't necessarily right for all places. Wilderness activists of the last century believed it was crucial to maintain a few places where one could hike for days without encountering cars or roads.” -Etienne Bensond

Thinking about those words that Bendson wrote about camera traps I would like to reflect on the specific structures of nature and the urban space. I want to emphasize that those two milieus are not to be seen as opposite positions within a binary system but as complex environments that contain power structures that shape human perception in different ways.

The so called “urban space” that we as human entities are exposed to most of the time is full of structures that represent decisions that have been made as well as certain structures force us to take decisions. In my understanding this environment aims for simple/ linear structures and brings out complex structures and beings that are able and are NOT able to communicate with each other in a proper way. As a human entity I feel a lot of stress in that environment and feel the urge to fit into that structure or at least react to it. Nature can be described as a more unstructured or chaotic environment that aims to stay alive and brings out more and more complex beings that are able to adapt themselves to their surrounding as part of an evolutionary process. Most entities within that environment are able to communicate within a network that is very sensitive and effective. As a human entity I feel more relaxed in that surrounding and I feel like I am part of something bigger.

Some questions that come back to my mind lot and that I would like to get an answer to: What is the natural and what do technical devices have to do with it? When does a natural environment become artificial? Can mechanic entities behave in a natural way? Can an ecosystem that needs a forester to hunt deer be described as a natural system or not?

- will bring all technical needed components myself