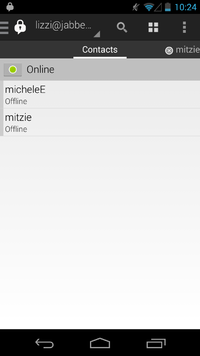 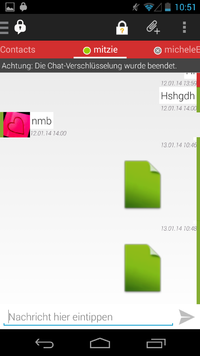 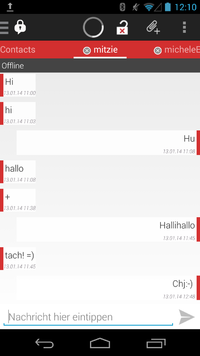 Match between system an the real world

The same would be necessary down to the option "Verbinden über Tor (Benötigt Orbotapp)" - I think some of the user don't know what this item means. One solution could be an infomationbutton next to the pointed problems. 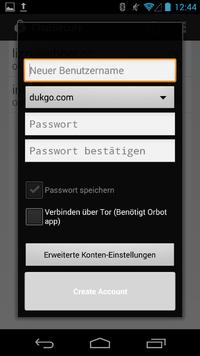 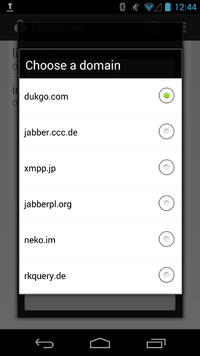 It would be better if there is used one language. There are two possibilities to solve the problem. The first would be only present the app in englisch (language of the developer) and the second would be to present two different versions - one in englisch and one in german.

The "panic - button" enables the user to cancel the app but there is an extra security query, if he really want to cancel. 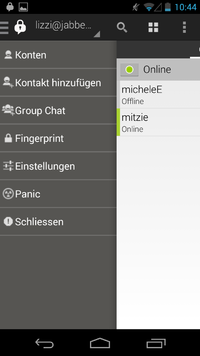 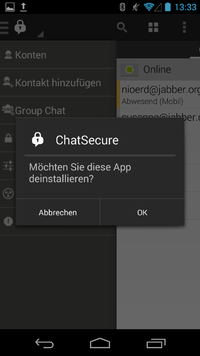 Recognition rather than recall

Flexibility and efficiency of use 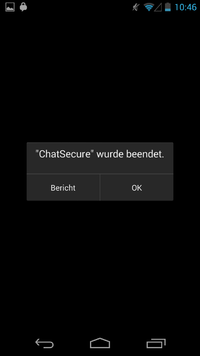 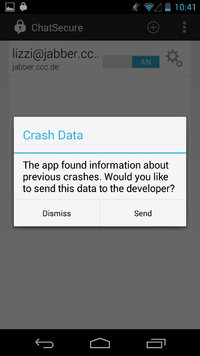 A lot of things are intuitiv, if you are familiar in handling a smartphone. But there are also a lot of bugs and mistakes within the app and there are also some „wrong“ or some unexpected reaction. A few functions do not accord with the norm or there is a other reaction as you would expect in reality. So an documentation would be very helpful.