"Cyberdelic Escapism in Space" plays in a surreal and futuristic environment. In a far away future, the so called "Mind modulation experiences" are a common entertainment thing for lots of people in those days. The viewer starts inside such a simulation, but it hasn't really started yet. He appears in the so called "initialization center". There he get some instructions and, for sure, advertisement from an generic voice. After a short break of this instruction and look-around time the "init. process" starts. I implemented a kind of tunnel-vortex, in which the viewer got pulled into. Starting slow, getting faster. At the end of the tunnel is an dome-like room, in which the viewer starts to rotate. Again the movement getting more and more fast. Parallel are some flashing red lights and an distorted, robotic voice telling and showing that there are some serious errors in the process of initialization. So from the start of the tunnel until the point when the viewer leaves the dome, i build up an more or less exponential klimax of the atmosphere. Machine sounds getting louder and faster, same happens with the movement of the camera rig. When the klimax is coming near to the peak there are happening some camera glitches which should represent the errors which the simulation system got when modulating or manupulating the visual cortex of the viewer in this scene. Afterwards this "Upload Scene" is done. Then the real simulation starts. I implemented a scene switch here because both scenes in one would have been maybe too big i guess. The real simulation plays, like the name says, in space. I tried to create the feeling of being in an living environment. The environment itself is a dark, mystical until psychedelic kind of small planet system in which u fly around unfreely. So the whole experience of this scene is also like the introduction scene bounded to an linear timeline. So it's more like a movie then a game, thats why i talk the whole time about a "viewer" instead of a "player".

The basic sequence is as follows:

-a glowing planet/sun thing is making movement below the viewer

-some static tentacle/plant like forms grow out of that planet

-some time to inspect environment down there

-quite far above a more lighted environment can be seen, this one is also more separeted into single objects

-the tentacles keep on growing out of the planet, but also the planet itself is moving slowly upwards (together with the viewer)

-some trailed particle systems appear and grow in random directions

-coming close to the upper environment

-when nearly there, the viewer falls down into the core of the planet

-short time for inspecting the movement of the core from inside

-then going up to the upper environment

-the inhabitant of this world appear - an big,black alien creature with some red glowing parts on his body

-trough tracking the view of the "viewer" this alien appears directly in the middle of his viewport and shoots very close to the viewer, occupying the view for a short time completely

Below follows a little picture series of some objects from the scene(s). I made all 3D objects that can be seen in the scene in Blender (2.79). For texturing, bump mapping, emission texturing and so on i used some textures from the Unity Standard Assets Pack, but most of them i painted myself in Blender (2.8). The mechanic voices are made with a vst which emulates the old SAM algorithm, known from the commodore 64 and with an online text-to-speech generator. All other sounds in the scenes were made with different digital and analog synthesizers. The final editing and mixing of sounds happened in Ableton 10. The final arrangement of the sounds (and animations) i did with the Unity Timeline feature. 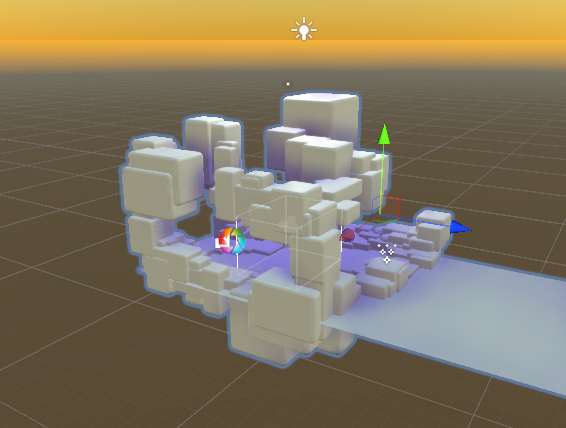 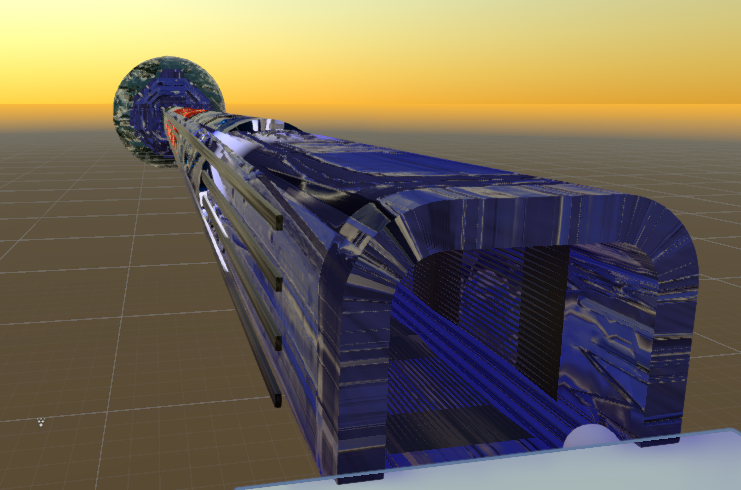 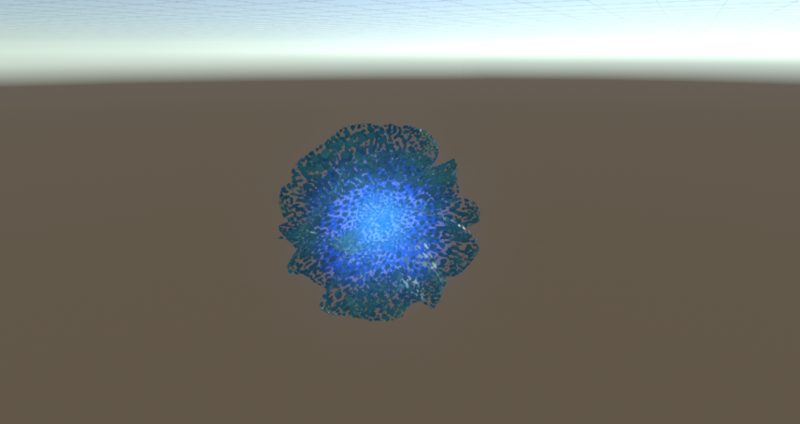 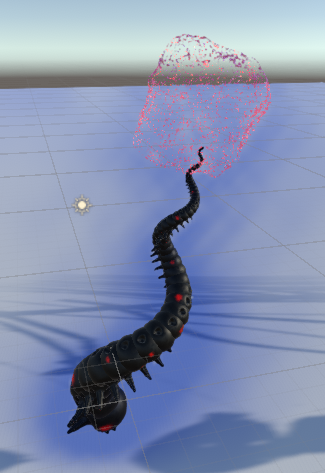 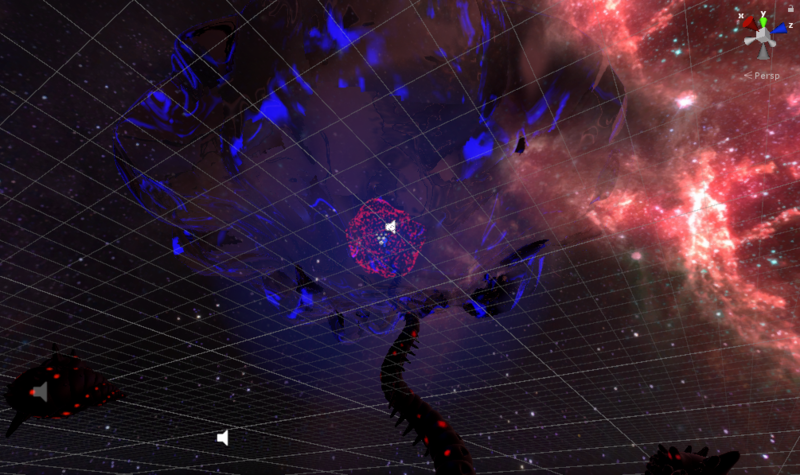 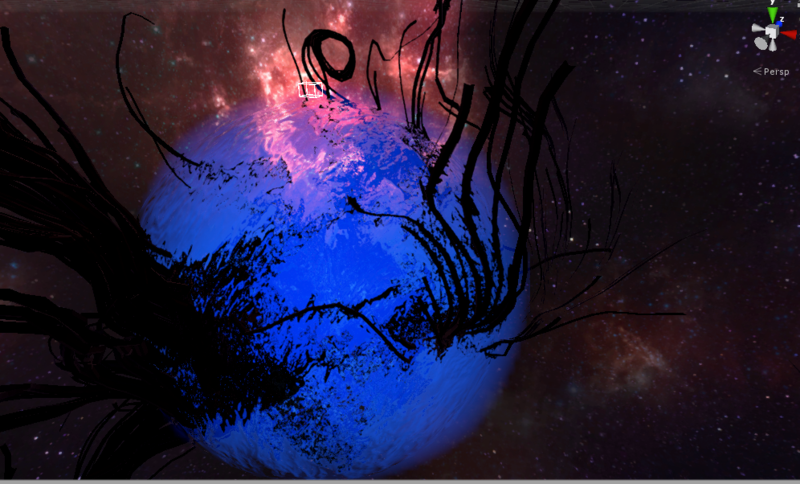 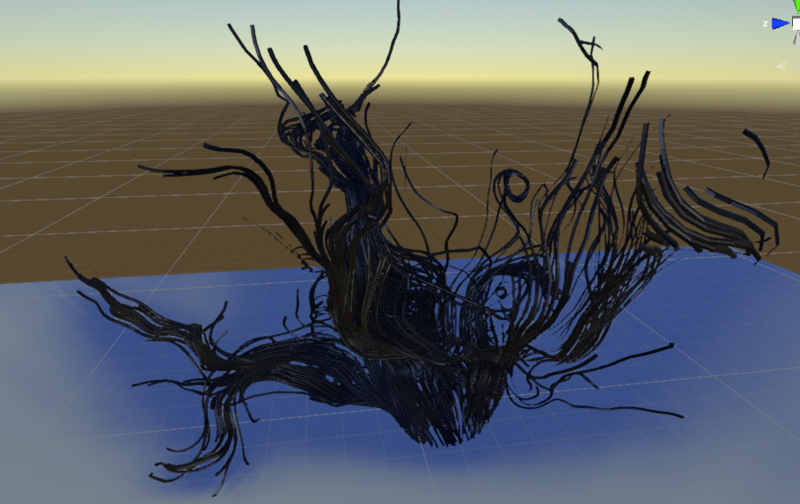 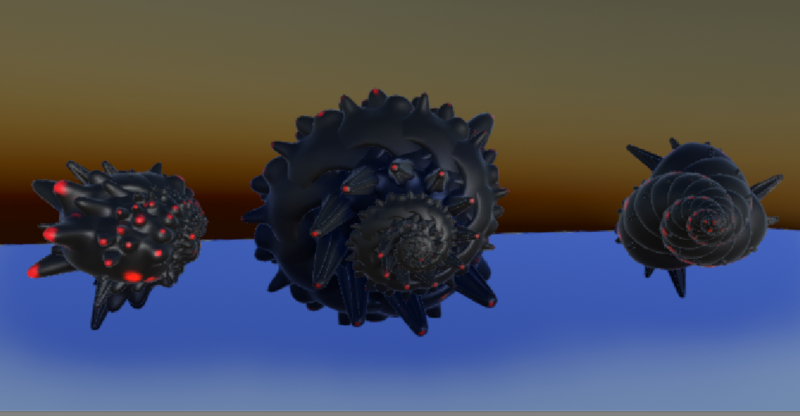 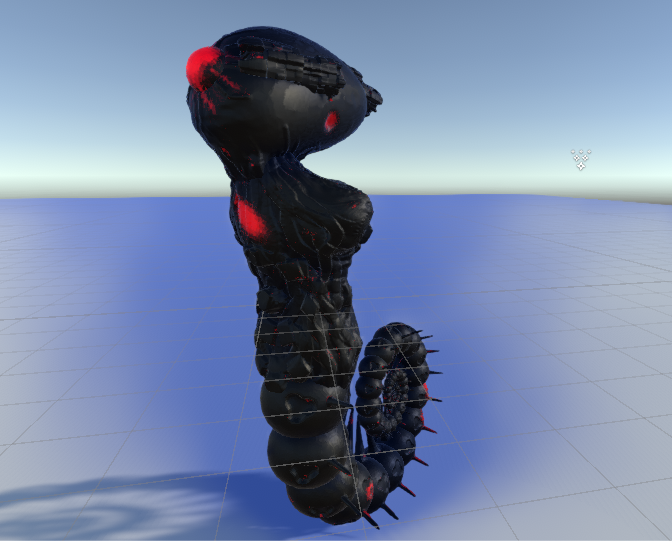 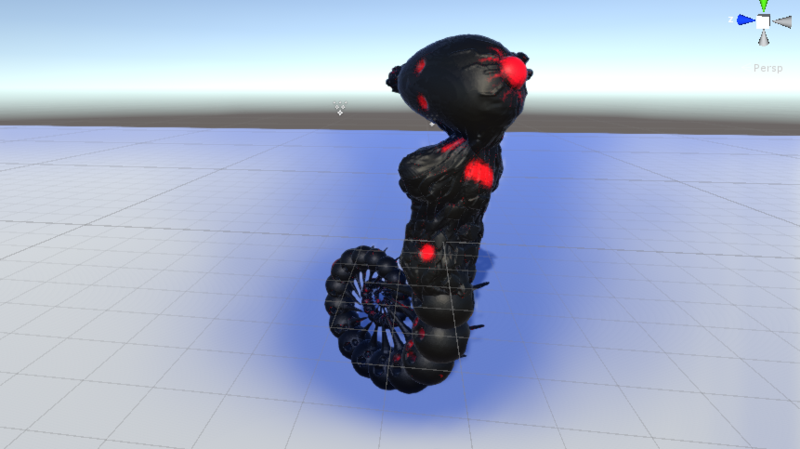