Introduction to "THE BOX"

During the last semester I spent a lot of my time in class taking apart speakers,radios,computers and other technical equipment. The world inside devices, that is usually hidden behind a cover of plastic, is most time more beautiful and fascinating than the exterior. This being the biggest influence in my work on "THE BOX". The basic function of a speaker is to have an affect on the environment arround it by its outputs the speaker is, for a lack of a better word, a "giver". Taking this into account, I had the idea to use a speaker as a medium to amplify the world around you, yet still influenced by the technology of a speaker.

"THE BOX" consists of the box of an old speaker, in the center you find a piezo element which I used as a contact microphone. Placed arround this is copper wire that is attached to the box. The piezo is connected to a circuit with an amplifier and further to the reciever of an old telephone. To have a sense of control or influence over the sound created, there is a loudspeaker attached to the bottom of the device whiche I use to send soundwaves into "THE BOX". 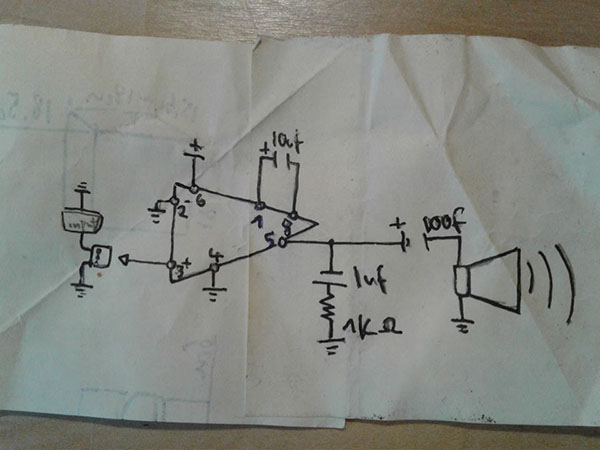 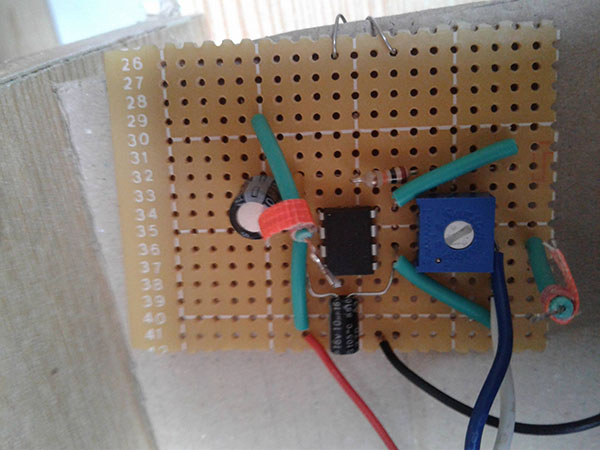 Link to the video