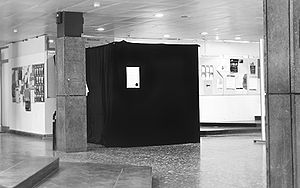 The Solitude Box
“The Solitude Box” was built as a physical space of solitude. A room created as an environment in order to collect people’s answer to the question: Was denkst du wenn du allein bist? (What do you think when you are alone?).

The installation took place in Mensa, the student’s lunch cafeteria at the Bauhaus-Universität Weimar. The place was not randomly picked. We didn’t want to expose the box in an isolated space, but in a place where people come as part of their daily routine. In this common, ordinary place they see a strange, big, black box exposed, that invites them to come in, but ALONE. It is an invitation to isolate them, even if the noise is still out there. In Mensa we collected 56 different thoughts from the "Solitude Box". Most of them from students in their early twenties.

My work: Nine collages of 25,4 x 17,8 cm handmade developed, putting together small pieces of paper and parts of photographs founded in different forms of magazines; glued them in a piece of paper. The composite picture was scanned for the individual presentation, so the final image was converted back into a seamless photographic print. This exposé was presented in “Der Laden” (Trierer str. 15, 99423 Weimar).

Each collage is based on the responses to the question: What do you think when you are alone?, My target were school children from 14 to16 years from Colombia, a country where people are not used to spend time in solitude because their culture is based on very close community in which people communicate very frequently. It also is a very religious country in which most people are catholic and their answer to problems is often times to turn to God. Their idea of God is, however, beyond organized religion. These are people who are looking for faith in the middle of disillusionment and doubt.

The final document was a A4 format magazine of 24 pages. Click here to see the file! 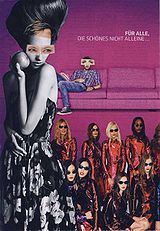 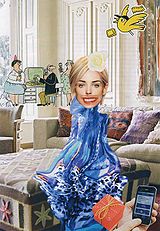 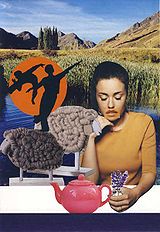 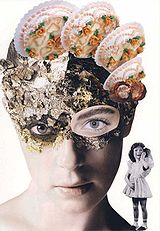 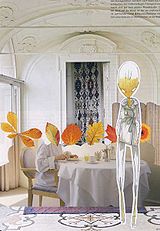 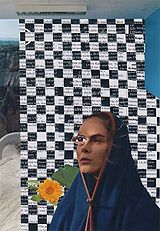 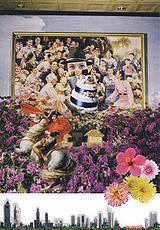 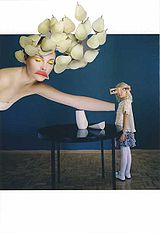 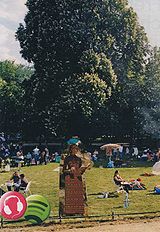