ARCHEOLOGY, EXCAVATION, AND WHAT REMAINS


an installation by Brian Bixby


In his installation Archeology, Excavation, And What Remains (2012), Bixby uses tilted perspective, angular lines, and clutter to accentuate the organized chaos of a scene. A woman sits in the corner of a room, leaning forward with her feet hanging above a glowing red rectangular hole in the floor and a bloodied knife in her right hand. A large, black, room-dividing mirror acts as a foreground for the scene. A man’s jacket and hat on the floor next to the woman indicate the recent disrobing of the victim.

Bixby leads the viewer to the perpetrator through his canny arrangement of objects on the floor, directing the eye up the middle of the image through the shovel leaning against the wall, to the pile of dirt, and onto the tall mirror with a baby doll at its base mimicking the woman’s glossy-eyed expression. One is left to puzzle out the location of the missing body. On the floor in the foreground, a neatly arranged flower arrangement along with a dark-colored bottle, suggest a nonviolent prelude to the murder that we assume followed.

The installation can only be viewed thru a peephole, which creates a sense of voyeurism as well as flattening and miniaturizing the scene. The viewer cannot see themselves in the mirror but they see the doorway in white and an empty chair facing the mirror. The woman in the back of the room is looking at the invisible figure in the chair. Looking into the mirror and not seeing your own reflection is a surreal and unique experience – there is a sense that we are transported outside of our body and into the image itself. The transportive quality of the scene opens the possibililty of the viewer to be complicit in the crime scene rather than simply a voyeur.

Bixby actively builds upon source material and research for the construction of his works. For this project Bixby analyzed murders in pre-Hitler Germany and their artistic representations, investigating the chilling motives behind representations that aestheticize violence, and that turn the mutilated female body into an object of fascination. Such representations are both riveting in their displays of disfiguring violence, and also repugnant in the detail of morbid carnality.

The profusion of images of Eve, Circe, Medusa, Judith, and Salome in art and literature around 1900 gives vivid testimony to an unprecedented dread of female sexuality and its homicidal power. Bixby suggests that the representations of sexual murder are not just eviscerated female bodies in lewd positions, but that the subject matter is lustful. The German term Lustmord implies desire or pleasure along with sexual gain from the murderous act or representation.

Archeology, Excavation, And What Remains is a sustained reflection on the relationships between gender, crime, violence and representation, part of a series of works titled Death and Resurrection. 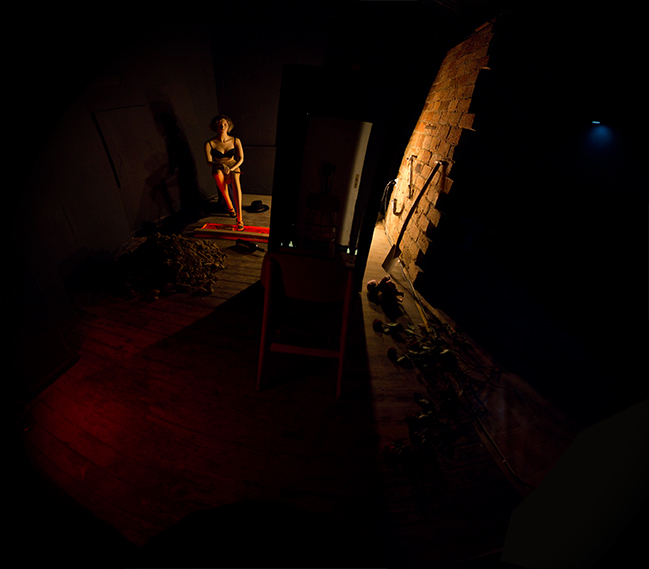