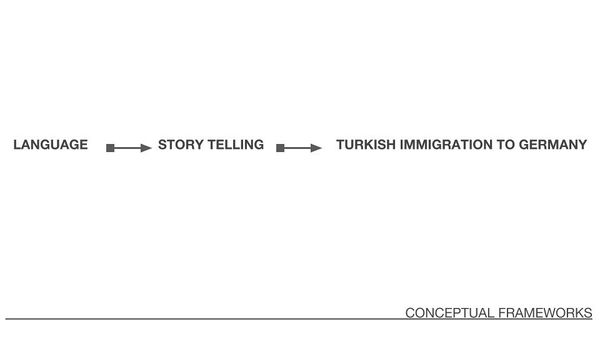 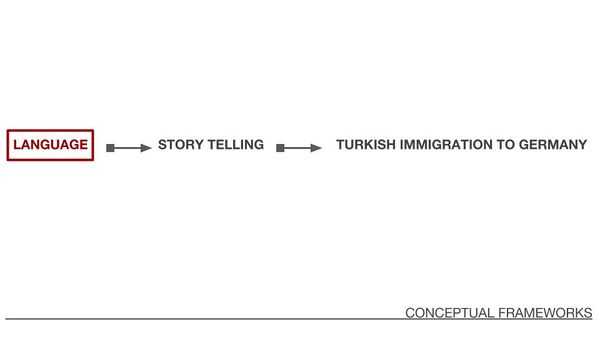 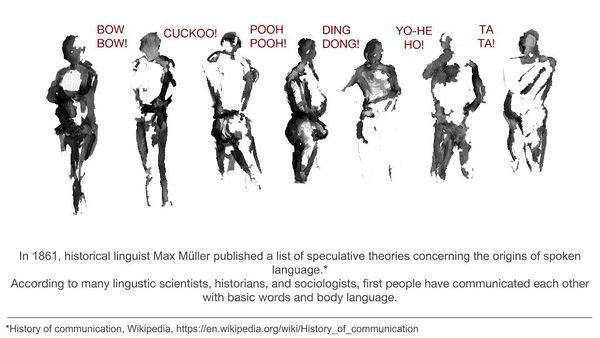 In 1861, historical linguist Max Müller published a list of speculative theories concerning the origins of spoken language. According to many lingustic scientists, historians, and sociologists, first people have communicated each other with basic words and body language. 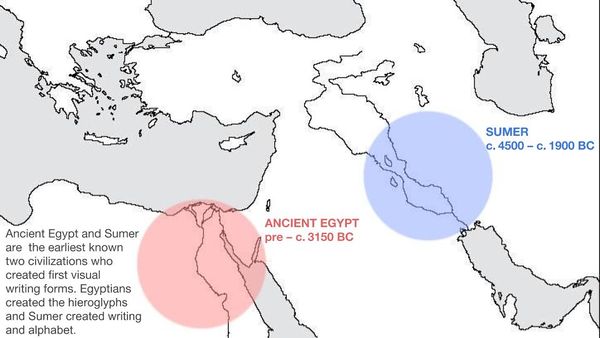 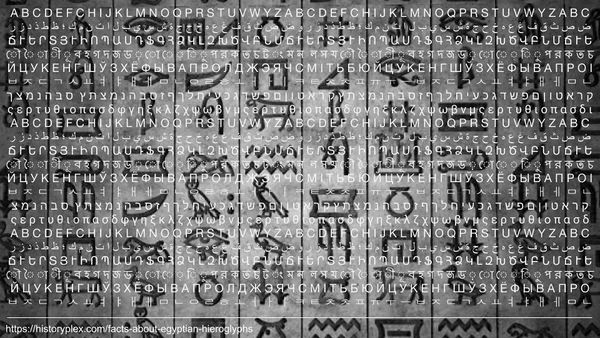 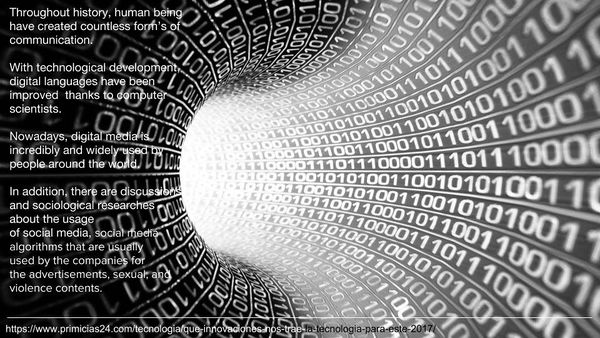 Throughout history, human being have created countless form’s of communication. With technological development, digital languages have been improved thanks to computer scientists. Nowadays, digital media is incredibly and widely used by people around the world. In addition, there are discussions and sociological researchs about the usage of social media, social media algorithms that are usually used by the companies for the advertisements, sexual, and violence contents. 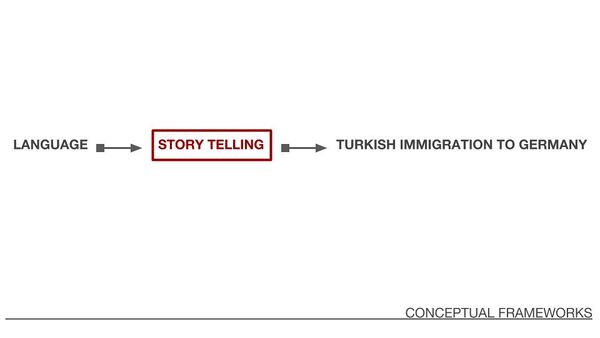 360º 3d visual sketches about first idea. Each image was created with about 5000 characters in Latin, Arabic, and Hebrew alphabets. 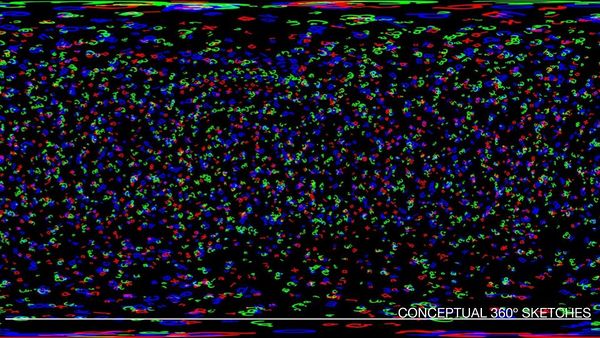 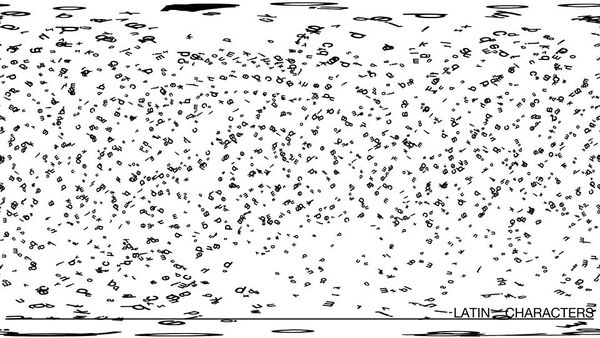 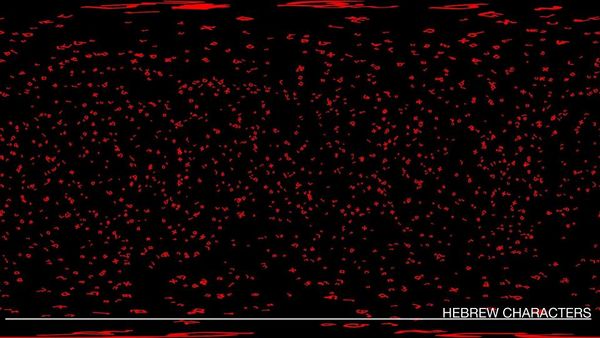 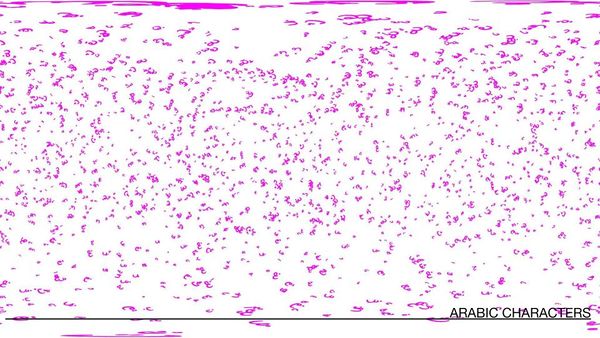 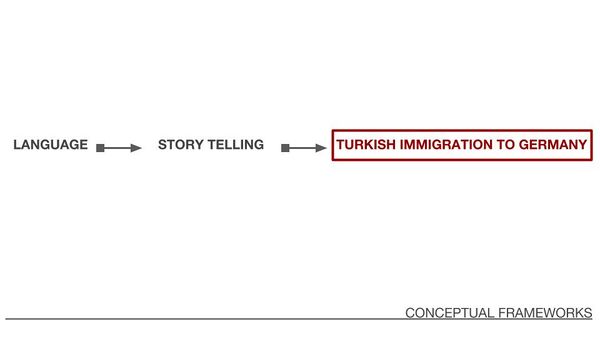 Between 1961-1973 Germany accepted Turkish immigrants as guest worker (Gastarbeiter). At the beginning those workers were supposed to come to Germany and work for a while then go back to Turkey. Some of them went back to Turkey and others stayed. After 1973, many Turkish people kept coming to Germany with family connection, marriage, business or illegally. In last 57 years, Turkish population in Germany has reached about 3-3.5 million. Now, there is 3rd or 4th generation.

‘In Germany, one out of every seven arm workers is an immigrant. In France, Switzerland, and Belgium 25 percent of industrial labours force are foreigners.'(Berger,1970) 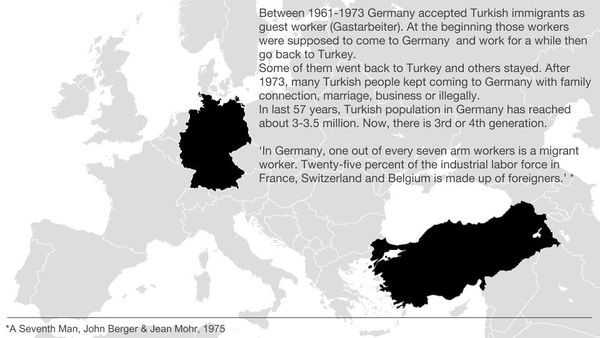 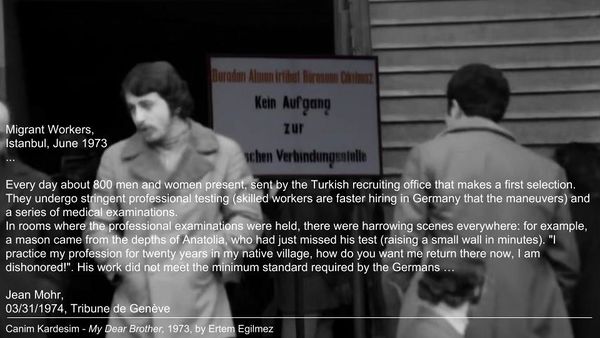 'Every day about 800 men and women present, sent by the Turkish recruiting office that makes a first selection. They undergo stringent professional testing (skilled workers are faster hiring in Germany that the maneuvers) and a series of medical examinations. In rooms where the professional examinations were held, there were harrowing scenes everywhere: for example, a mason came from the depths of Anatolia, who had just missed his test (raising a small wall in minutes). "I practice my profession for twenty years in my native village, how do you want me return there now, I am dishonored!". His work did not meet the minimum standard required by the Germans'(Mohr, 1974) 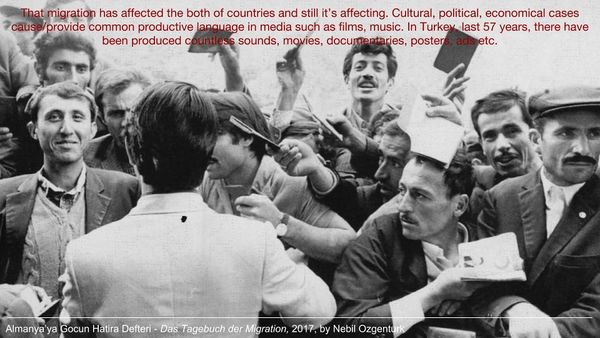 That migration has affected the both of countries and still it’s affecting. Cultural, political, economical cases cause/provide common productive language in media such as films, music. In Turkey, last 57 years, there have been produced countless sounds, movies, documentaries, posters, ads etc. 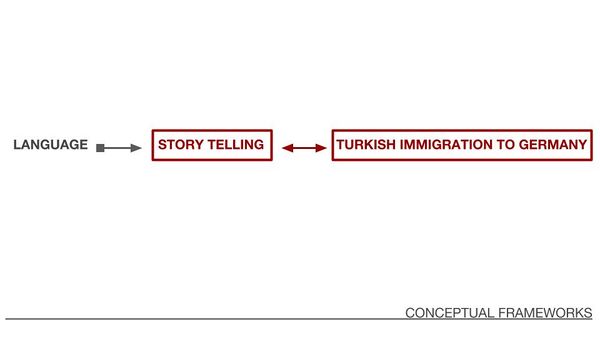 How do historical events, that deeply effect social memory, becomes subjects of interpretation for artists? 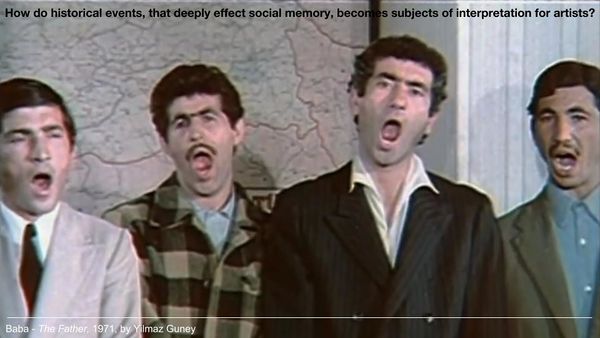 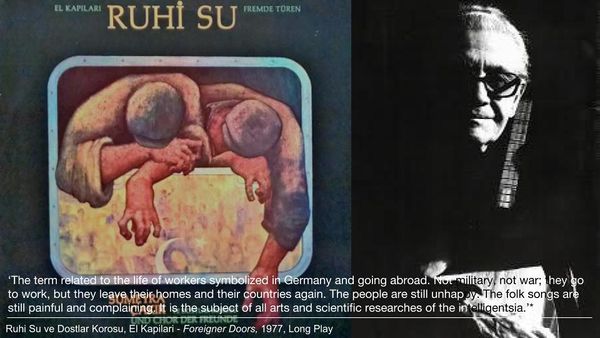 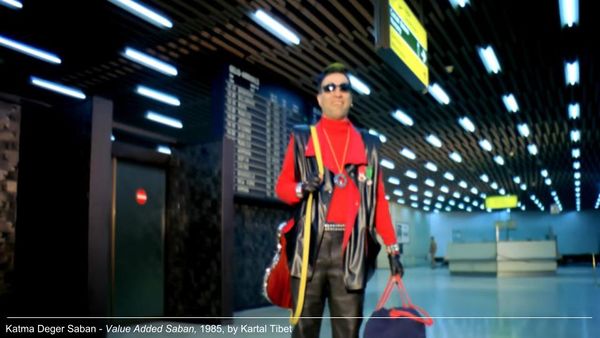 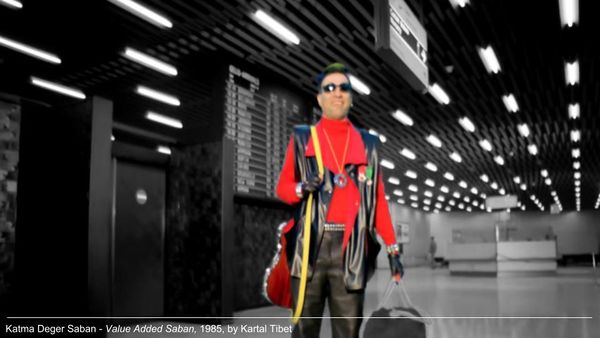 ‘After leaving the village and winning success in the city, the heroes are looked after with keen eyes. He also spoke to them. They want him to pull it off and share it with his dark minds... 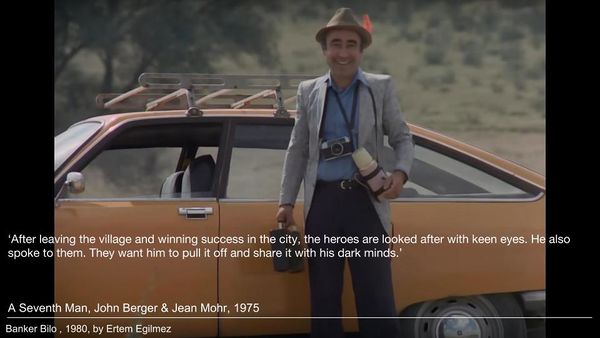 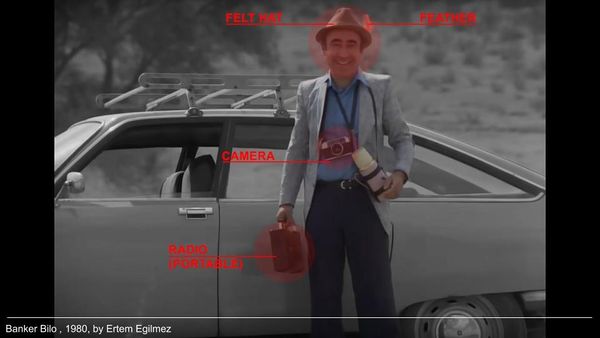 ... They understand when they talk while they are bragging. But they also acknowledge that they are bragging, because they have returned with the money and gifts that are proof of their success… 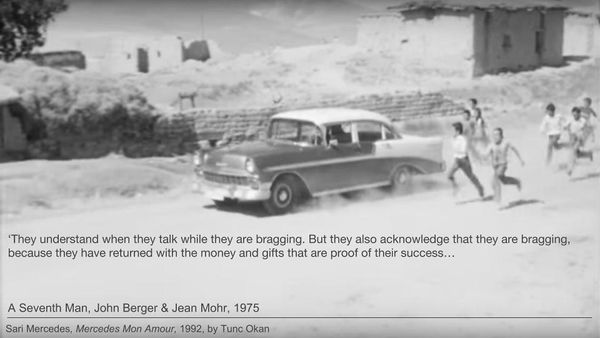 ...Some of them return with their own car.’ 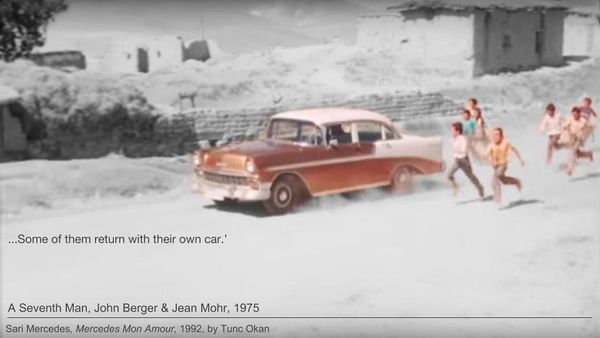 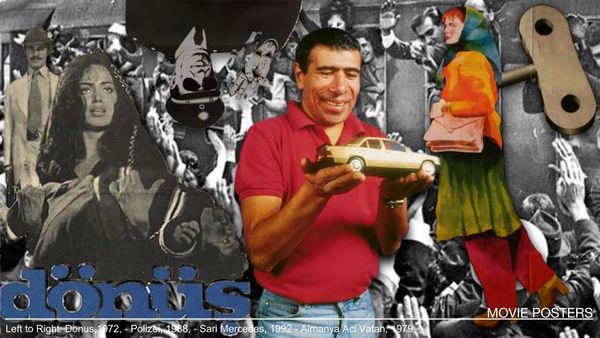 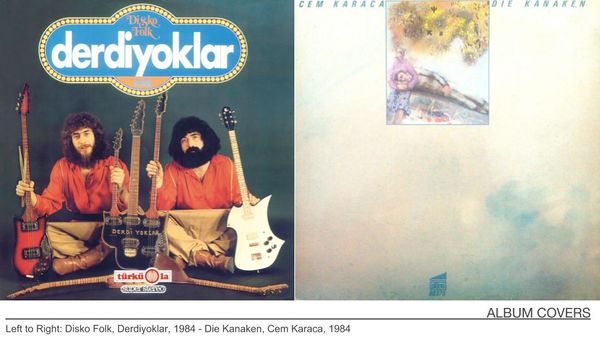 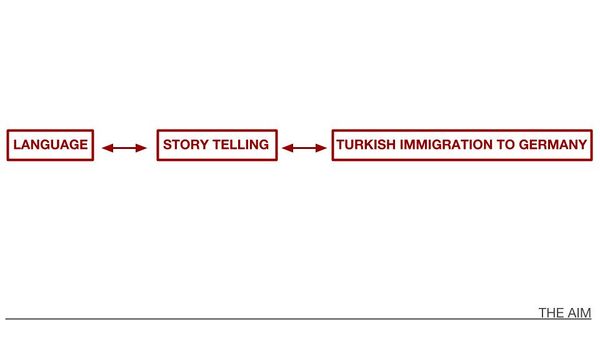 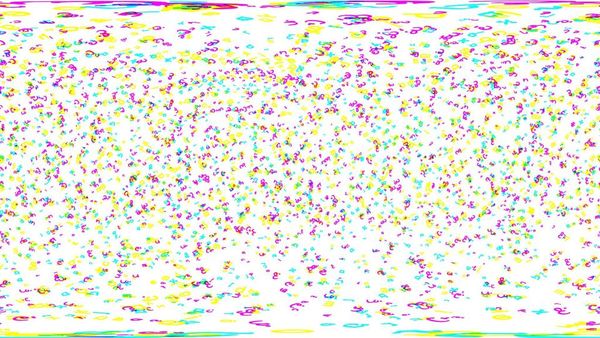 Since the beginning of the Turkish immigration to Germany, in 1961, societies have been affected directly and indirectly. Besides language, art, design, and daily behaviours from both cultures, have influenced one another. Those interactions reflect on cinema, music, literature, graphic design, poetry etc.

The immigration has been discussed as a subject in great numbers of Turkish movies, poetry, music etc. Some of those Turkish movies, from 60s, 70s, and 80s, portray an unfair and absurdist view of Turkey. By creating dramatic and exaggerated realities of the Turkish culture, and the opposite of a German one.

The target of this project is to design an immersive narrative space using the letters in different languages. Documenting and transferring the examples of the Turks' migration to Germany and exhibiting them in an interactive form in the VR environment.