In the beginning I knew that I want to make a project with data visualization. After research I have noticed that some of visualizations besides representing a huge amount of information also create some illusion of alive organism. When I see visualization with organic shapes which are moving not randomly but depending on some particular information it gets from outside, somehow it reminds a human reaction. Basically our movements it’s reactions on everything what’s going on around us. Our brain collects all the data from our surroundings and creates reactions on it.

I was thinking about how much influence we have from our surrounding, the space we are in, from people we are with and came to the thought that we also could have an influence on a space. What if we could imagine that some particular space could show us its reaction, to show its feelings about us being there.

So my first project idea was to choose some room and using a few different sensors make a realtime visualization that represents «feelings» of the space.

Due to lack of time and conceptual meaning I decided to refuse the idea of using a few sensors and focus on one instead. I wanted my project to reflect my personality and to mean something to me. I spent some time analyzing myself and trying to find something that will be important and interesting for me personal. I realized that I have been always interested in peoples emotions. On of the things I would really love to know is to know how to read people by their faces. In addition I could describe myself as a very emotional person, and especially my face expresses more emotions and feelings that I describe with words. Thats why I came to the idea of visualizing emotions.

To collect all emotional spectrum, one semester is not enough, so I decided to limit it and make a project prototype visualizing peoples smile.

Since art is supposed to evoke emotions, why not to make art react on emotions. People observe art and react on it, art reacts on peoples reaction and changes, it make people react more and so on. That creates a reactions loop. Similar to human behavior, when you smile to a person, this person usually smiles you back. In that way just reacting on art piece you create an interaction with this art.

How does it work

First step is to create a visual graphics. To make it I used openprocessing.org. I found a similar to what I want project and changed it. The link to original project: https://www.openprocessing.org/sketch/521050

Whether you smile or don't processing gets number and depend on this number visualization changes. 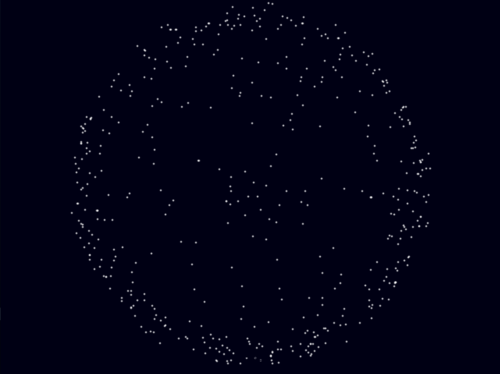 With a small smile: 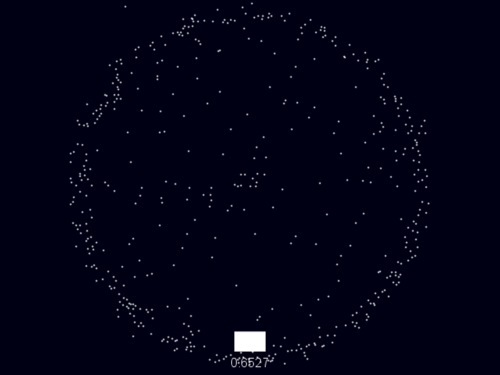 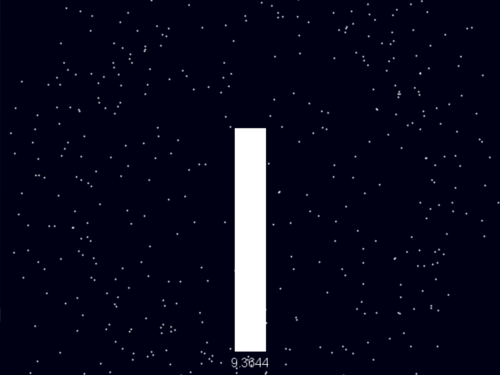 I was curious to see peoples reaction on my project and I decided to make a small experiment. I showed the visualization to some of my friends and didn't tell whats the point of it. I said that it is an interactive visualization and it reacts on them but didn't tell how exactly. So they had to figure it out by their own.

When I said that they have to do something to make visualization change, first of all they start to move themselves and then sit straight to see if something changes. After they move the hands in front of camera. Probably I would do the same, the first thought that comes to your mind when you say "interactive" its movement. Even thought the smile is the most natural reaction, it takes some time to realize that visualization changes not because you are shaking your hands but because you are expressing your emotions.

To see better how it works and example of peoples reaction you can download the video at the following link: https://www.dropbox.com/s/78yrekofhma0tez/KRS_smile.mp4?dl=0