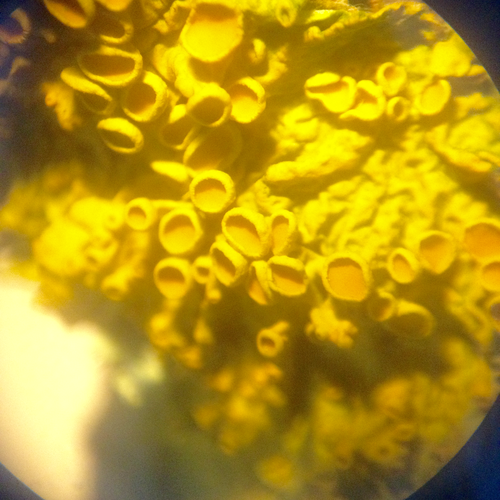 sketches : a plan to install

The first part is lichen with transferred photography on the stone. Images show a human’s body and fragile emotion. When lichen grows up many years, they might grow above, break images. Yes, it is a long term work, when viewers see it happen. But in daily life, viewers notice that human share with lichen or other organisms certain time but the different scale of time.

The second part is the vibrated water that under the stone. Water is vibrated by the sound wave which comes from the speaker under the water bowl. The sound is affected by data which recorded outside of environment or particular data in human society. (working with Minsoo Hwang) This vibration of water also provides good environmental conditions (humidity and air circulation) to help to grow lichen.

Very slow lichen's growth is a big problem to make an interactive installation. However paradoxically speaking, it is an interesting aspect to understanding, how we are different but also we live together certain time and spaces. In human's perspective, lichen grows up too slow, but in their perspective, we are too fast to live and die. 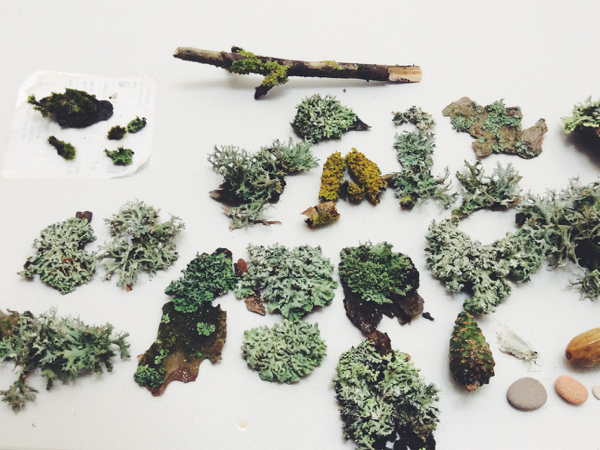 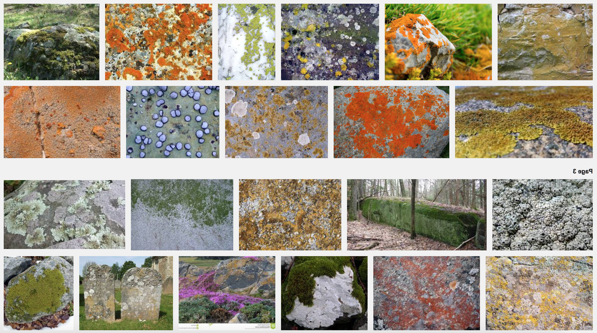 Lichens occur from sea level to high alpine elevations, in a very wide range of environmental conditions, and can grow on almost any surface. Different kinds of lichens have adapted to survive in some of the most extreme environments on Earth: arctic tundra, hot dry deserts, rocky coasts, and toxic slag heaps. They can even live inside solid rock, growing between the grains. Some lichens do not grow on anything, living out their lives blowing about the environment. It is estimated that 6% of Earth's land surface is covered by lichen.

1. Lichen can live a vary wide range of environmental conditions. They can grow on almost any surface. Different kinds of lichen have adapted to survive in the most extreme ecological conditions. Even they can survive in space station outside of earth.

2. Lichen takes up a huge amount of carbon dioxide from the air which is released by the burning of forests and other biomass. Max Planck institute of Chemistry discovers that lichens, mosses and algae take up approximately 14 billion tons of carbon dioxide and fix approximately 50 million tons of Nitrogen per year. The especially huge amount of Nitrogen fixed by them and nitrogen is often limiting nutrients all around world especially dry regions. Thus Nitrogen is one of the important nutrient for the ecosystem. [1]

3. Lichen often has extremely slow growth rate of less than a millimeter per year. Different lichen species have been measured to grow as slowly as 0.5 mm per year and as fast as 50 centimeters per year [2] 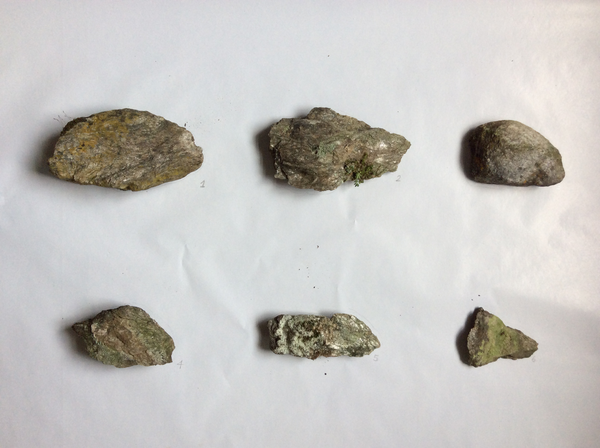 
An idea: how it looks lichen on the stone.

The Acrylic Gel Lift/Transfer is a process with many stages, ultimately enabling the artist to apply their photographic work to a wide variety of surfaces. The process entails the creation of a positive print, applying acrylic gel to the print, curing the gel, soaking the gel coated print, removing the paper backing, then applying the final suspended ink to a new surface. This exercise will illustrate the non-traditional acrylic side down version of the process that has been developed as a way to further control and manipulate the photograph. It celebrates the old transfer aesthetic of being a reverse of the original capture and allows more manipulation of the ink side before it is sealed. Although it may require more work, patience and care than other transfer processes, it is a wonderful variation and has its own unique aesthetic quality.

How to make it?

Rice paste is used as a important glue to prevent a paper from tear and torn in northeast countries. However it often give a damage to paper,so studying rice paste regard as important project for long time.

If rice paste is not enough good, it cause reduction in life expectancy of painting. In worst case it destroy the painting. Therefore fundamental principle using rice paste for “Bae-jeop” should be ferment for a while. 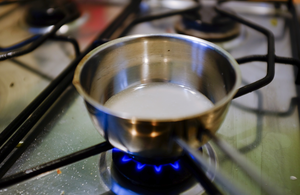 
I try out a transfergel medium for attaching an image on diffierent surfaces for example wood, a branch, flat stone, well-trimed stone, curly surface of stone. Mostly i can get a clearly image on the different surfaces. but it is hard to transfer an image on surface which is rough and uneven (a branch and curly surface of stone) While a barnch sock with water in process, it become weaker. it is not enought strength to hold an image. Also Color of surface is important for clearly image. when metrial is too dark, difficult to figur out where image is. 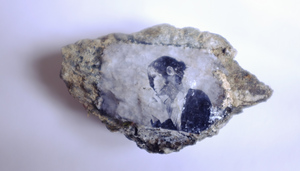 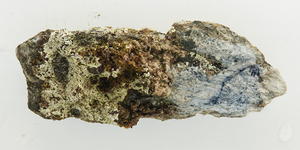 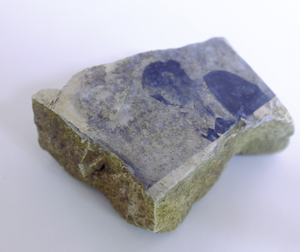 because of lichen’s slow speed of growth, It was very difficult in short time to have the visual aspect that I expect.
lichen is growing now but it is very slow. therefore it will take a quit long time to be ready to be in installation.

What Was The Miller-Urey Experiment?

Made by Stated Clearly http://statedclearly.com/
The Miller-Urey experiment was the first attempt to scientifically explore ideas about the origin of life. Stanley Miller simulated conditions thought be common on the ancient Earth. The purpose was to test the idea that the complex molecules of life (in this case, amino acids) could have arisen on our young planet through simple, natural chemical reactions. The idea was to simulate hypothetical conditions thought to be present on the early Earth (Hadean or early Archaean). It was a test of the chemical origins of life. Specifically, the experiment tested Alexander Oparin's and J.B.S. Haldane's hypothesis that conditions on the primitive Earth favored chemical reactions that synthesized organic compounds from inorganic precursors. Considered to be the classic experiment on the origin of life, it was conducted in 1952 and published in 1953 by Stanley Miller and Harold Urey at the University of Chicago. After Miller's death in 2007, scientists examined sealed vials preserved from the original experiments. They were able to show that there were well over 20 different amino acids produced in Miller's original experiments. That is considerably more than those Miller originally reported, and more than the 20 that naturally occur in life. source from https://simple.wikipedia.org/wiki/Miller%E2%80%93Urey


I would get advice from Korean students of the Faculty of Biology and Pharmacy, Friedrich-Schiller-University Jena.