The project “Exist ” is a long term work ,it is a concept continue existed in my mind during past two years .

The beginning of the concept is basic on my background –environmental design ,that time I always want to find what is the definition of space ,the responsibility of the designer is not decorate the space ,it is to find the meaning of the space .

so this question trouble me for a long time ,and onetime I have an opportunity to participate into a Taoism summer camps in WUDANG mountain ,and this was the fist time I feel too close to Chinese traditional religion and culture ,this religion have more than 3000 years long history ,and the place I lived and studied inherit the space from more than 600 hundreds years ago ,also the nature there is exist before human civilization millions years ago .It make me think about the space ,especial the ceremony space ,it is very special ,it is the space actually exist but everything in side is redundant. Taoism sit in meditation ,they want to achieve seating forgetting ,it is an ideal state of harmony between nature and man or the unity with DAO,In order to reach to so kind of realm ,one should realize the exceeding of self and realism by heart fast and seating forgetting . 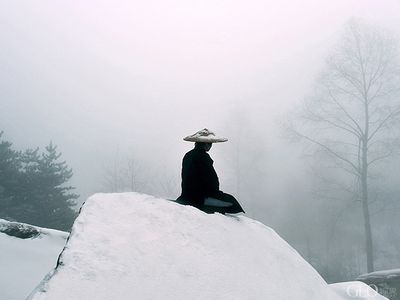 the heavy and complicated in ceremony space of taoism aim to set off pure by contrast ,the virtual reality space built in unity from complicated to simple and pure would like to show the change :from complex real world to pure mental world . there have a memorial symbol system behind every object ,like the taoism ceremony space ,but all the space want to help taoist to achieve "seating forgetting"and "heart fast "which means in those kind of realm ,there is an empty space for all the symbol system we know ,but the empty will creative a new meaning which we will never know untill we really get into it .it is the space that taoist communicate and negotiate with the heaven or nature .and it will never rely on the object and can be self -contained. 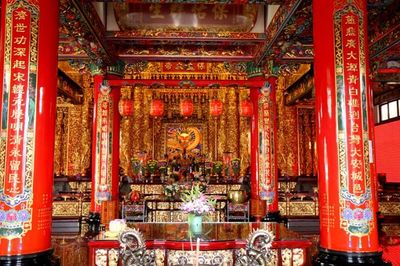 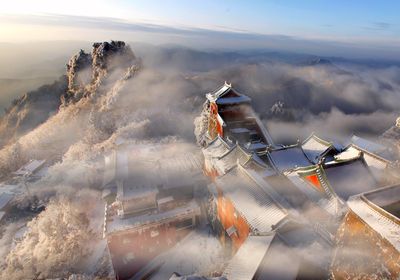 I want to build a ceremony space combine with virtual reality with architecture design or environment design .So my first inspiration is design a game that people can design their own garden or house . Choicing the material ,the plants or whatever you want,and also people need to imitate the work that the building worker need to do ,it means people can not only design their own space but also exercise in the game .But it is to complex for me .and also I prefer doing some thing simple but have deep thinking inside .and also more like architecture or structure ,less decoration .

So I think about another idea is to rebuild the ceremony space in morden city life . Nowdays in some big city like Hongkong ,Tokyo and Shanghai.People living a very small apartment ,so they do not have enough space to consider about the ceremony tradition. Every country have their own way to ceremony something ,by this it can make people remind what are we from and also do not lost the connect with some tradition or important things .so I want to build a ceremony space by using Unity or some virtual reality stuff .and people can have a small trip inside and also can get a rest and enjoy the atmosphere in there .

First inspiration .（the structure of the ceremony space ）

Xenakis pioneered the use of mathematical models in music such as applications of set theory, stochastic processes and game theory and was also an important influence on the development of electronic and computer music. He integrated music with architecture,designing music for pre-existing spaces, and designing spaces to be integrated with specific music compositions and performances. 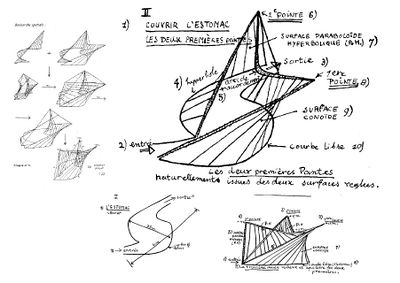 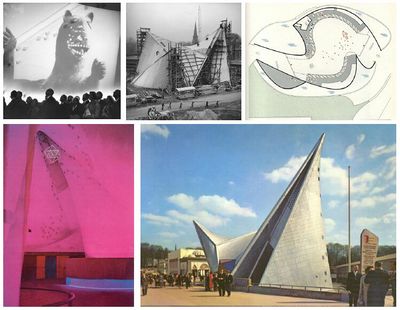 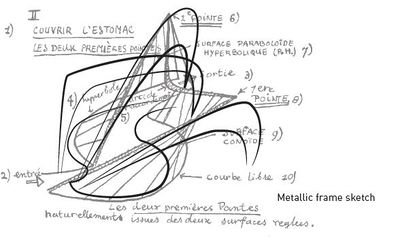 the space in bamboo forest 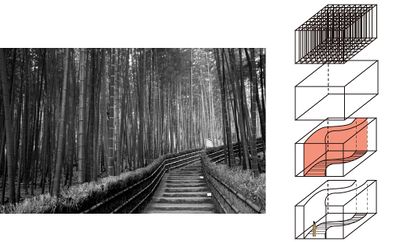 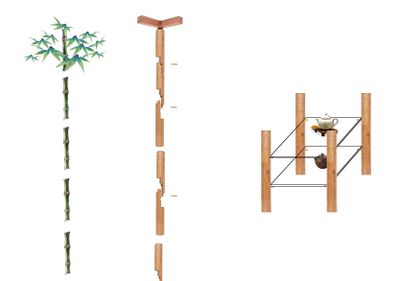 Gordon Matta-Clark's Conical Intersect (1975) was a torqued, spiraling "cut" into two derelict seventeenth-century Paris buildings adjacent to the construction site of the controversial Centre Pompidou. With this landmark work of "anarchtecture," Matta-Clark not only opened up these venerable residences to light and air, he also began a dialogue about the nature of urban development and the public role of art. Considered three and a half decades later, Conical Intersect reveals the multivalent nature of the artist's practice and his prescient focus on sustainability and creative reuse of the built environment. Conical Intersect and the two buildings were demolished as part of a large-scale urban renovation of the historic market district of Les Halles; today we can know the work only from drawings, photographs, and a short Super 8 film. In this illustrated study, Bruce Jenkins examines Matta-Clark's "non-u-ment," looking closely at the artist's proposals, working process, various forms of documentation, and the dialogue begun by Matta-Clark's decision to transform two abandoned buildings "into an act of communication."