In the project "The Concert of Microorganism", a microorganism-Music interactive installation is designed. As the extension of the last Project, it becomes more complete and interesting. 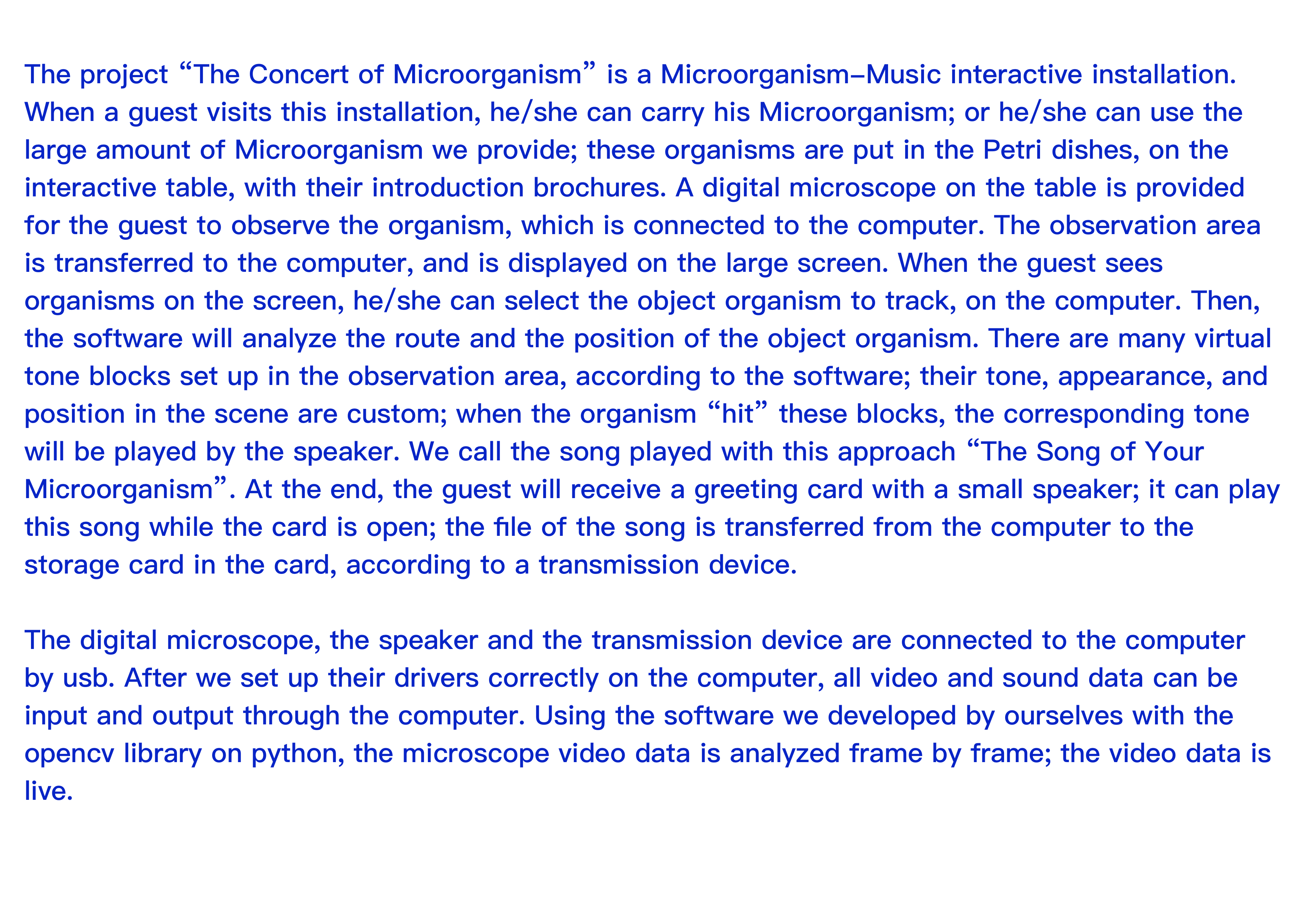 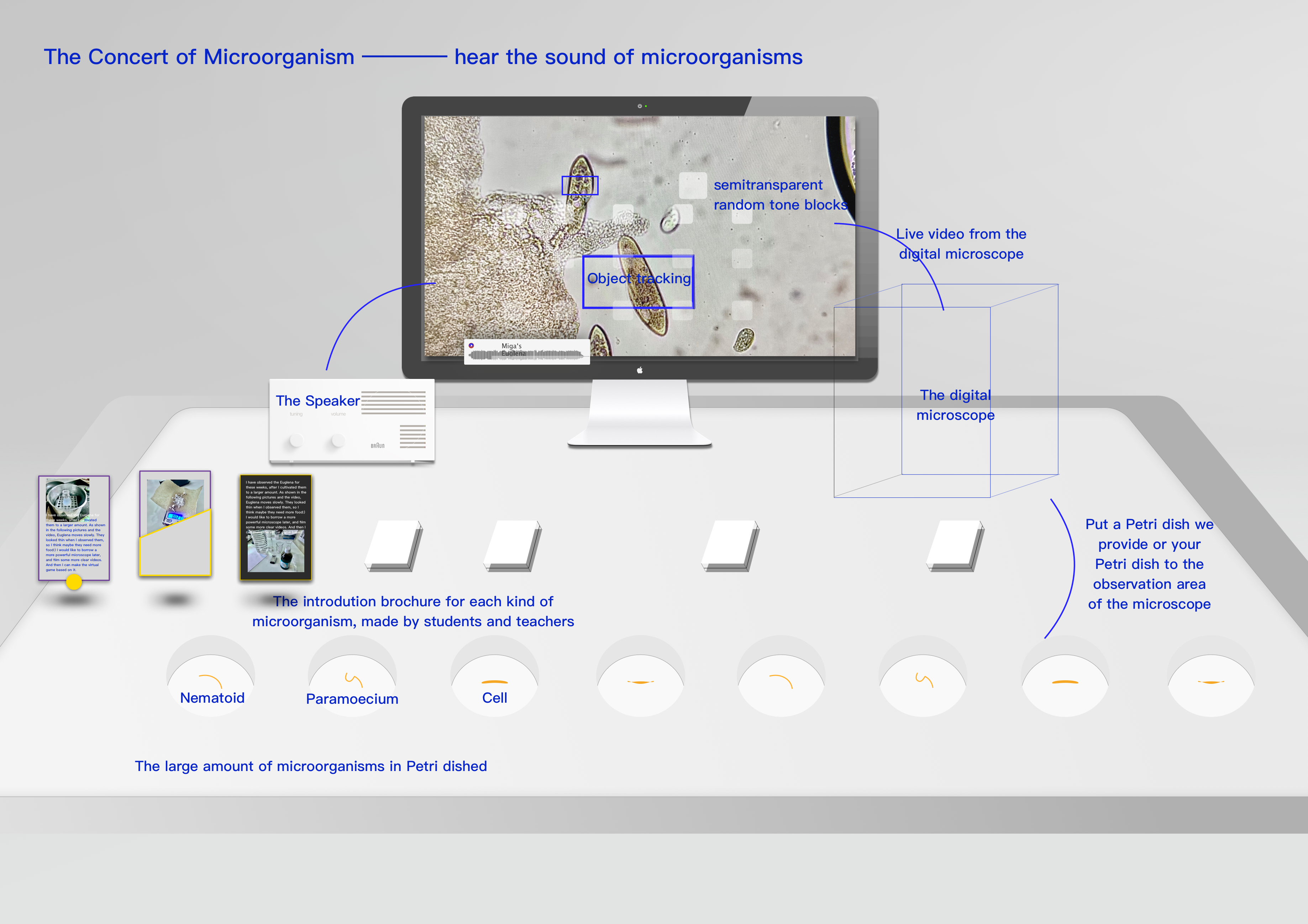 Performance of the program 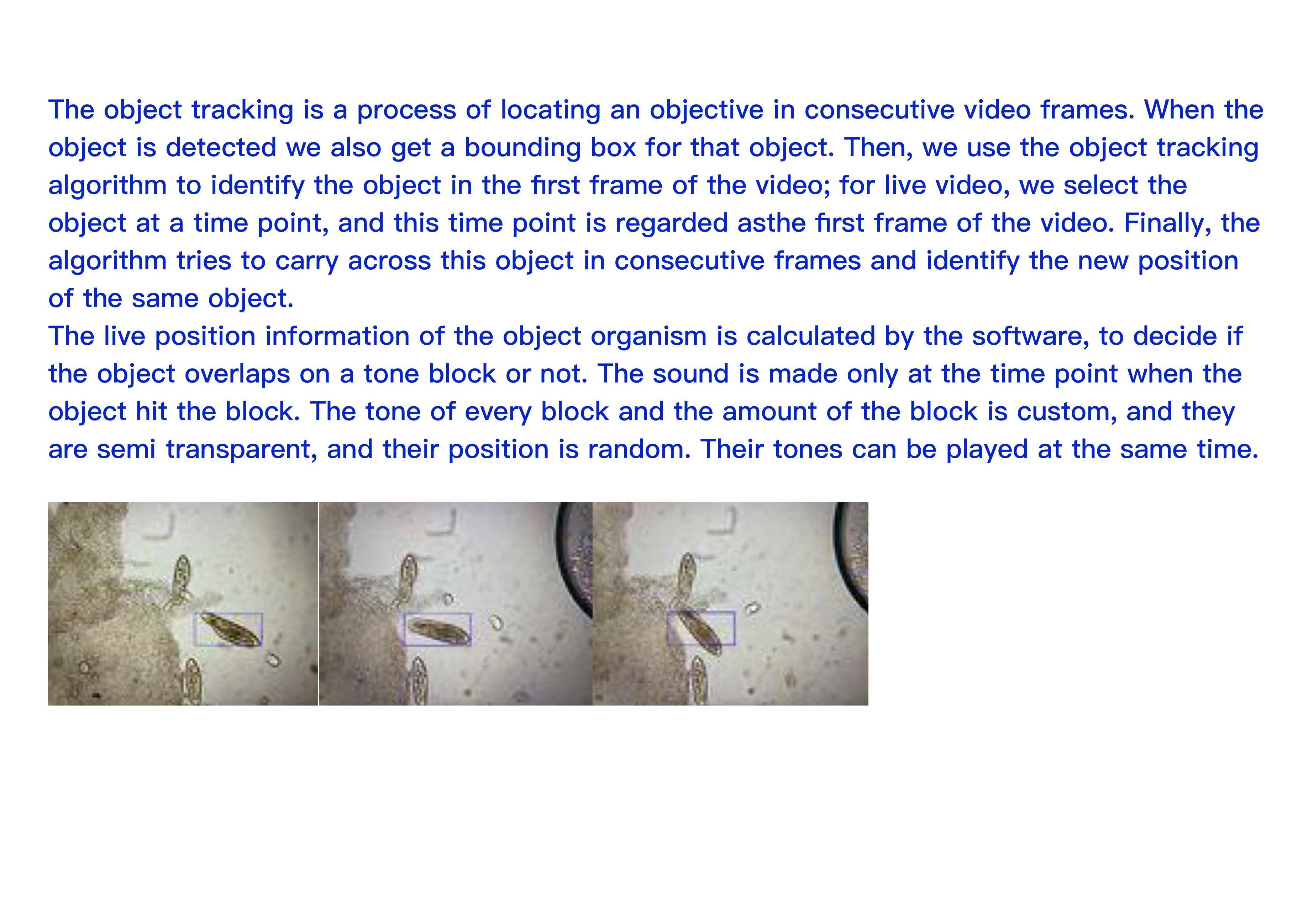 The Code of the program: 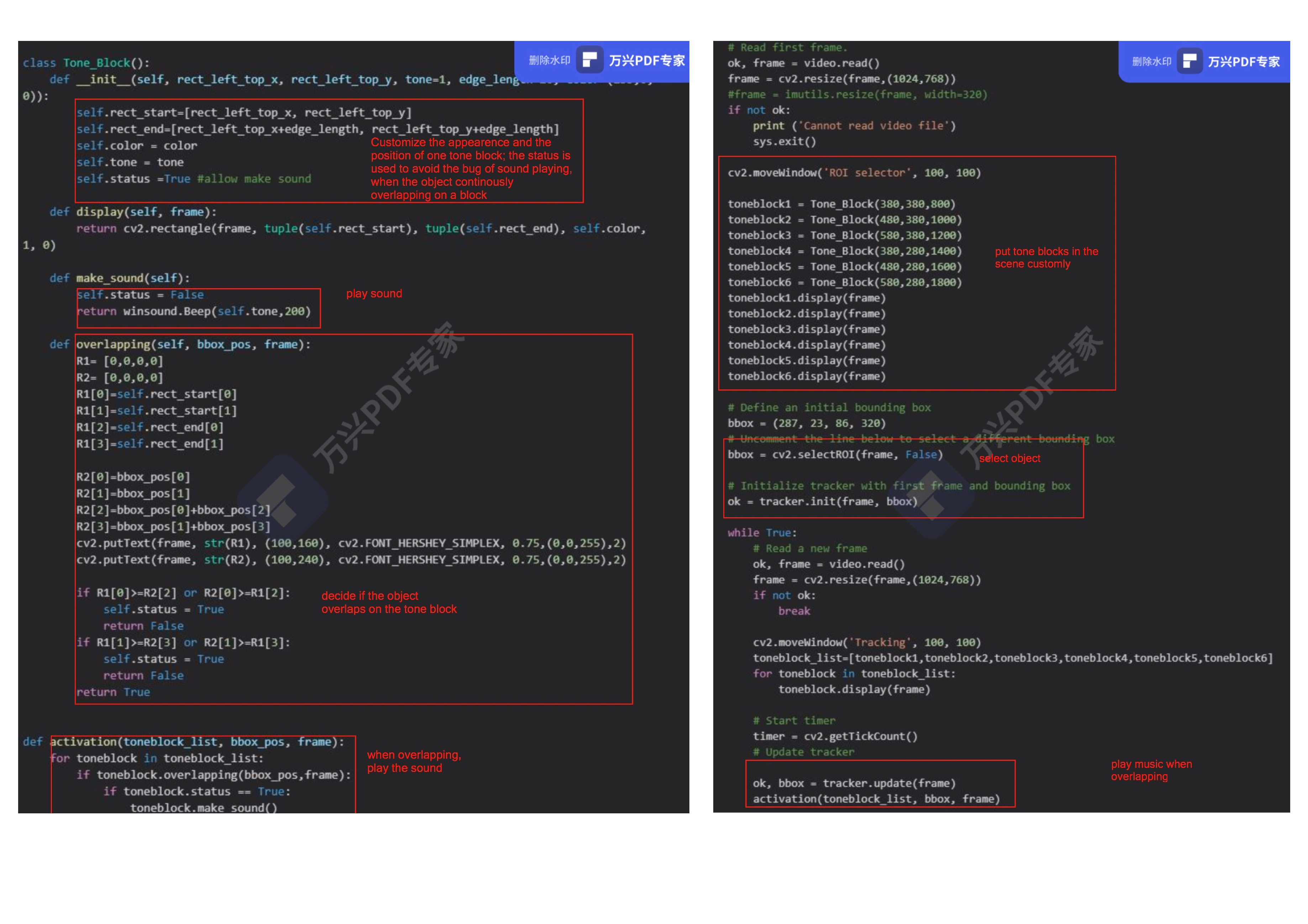 For my project, I am going to build a Euglena-Music interactive game. I set up the observation area, and the area is displayed on my computer. The scene is recorded and transferred to our software, where the imported videos/frames is going to be combined with virtual objects. The virtual objects are several squares, which are colorful squares as keys of tones, at a constant position in the scene from the video. The tones are namely：CDEFGA. If a square is virtually hit by Euglena (my creature's name), the corresponding tone is going to played by the computer. I record these tones, and play it as a song by Euglena. I'm going to ask players to anticipate the project. After they set up the observation area, they are going to be asked to put Euglena in to the area by themselves. When the entering positions are different, the song is going to be a different style as I suppose. 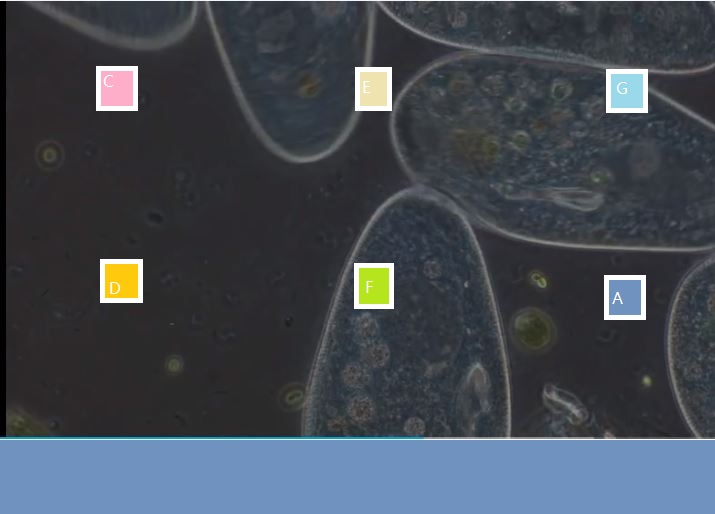 I cooked the Medium for Euglena this week. It was interesting!

I have observed the Euglena for these weeks, after I cultivated them to a larger amount. As shown in the following pictures and the video, Euglena moves slowly. They looked thin when I observed them, so I think maybe they need more food:) I would like to borrow a more powerful microscope later, and film some more clear videos. And then I can make the virtual game based on it.

The technique of object tracking is the most import part of my project. The introduction is in the following documents. They shows the details of the technique I learned.

My coding work about object tracking is summarized in the following screen shot.

The results of object tracking for euglena is shown following.

The result based on the updated coding work. The position data are collected, and the tracking program works very well. The problem is checking the activation of the tone key.

The euglena is playing music now, shown in the video: https://youtu.be/Xii05jX-n2U The key parts of code is that the tone block class and the activation function. Python code: https://drive.google.com/file/d/1hBU07gxJaHZh0bJvCG0u-uSmO2EOhpYz/view?usp=sharing