The environment plays a very important role in the growth of organisms. In addition to different environments, even the way the environment changes have an impact on them. Facing this, organisms always show different feedbacks.

The different substance is used to grow Physarum Polycephalum to compare their growth. They will make their own corresponding changes to this environmental change. If this unusual living environment is not faced by this Physarum itself but through communication with other Physarum, adapting to the changes in the environment are also passed on. 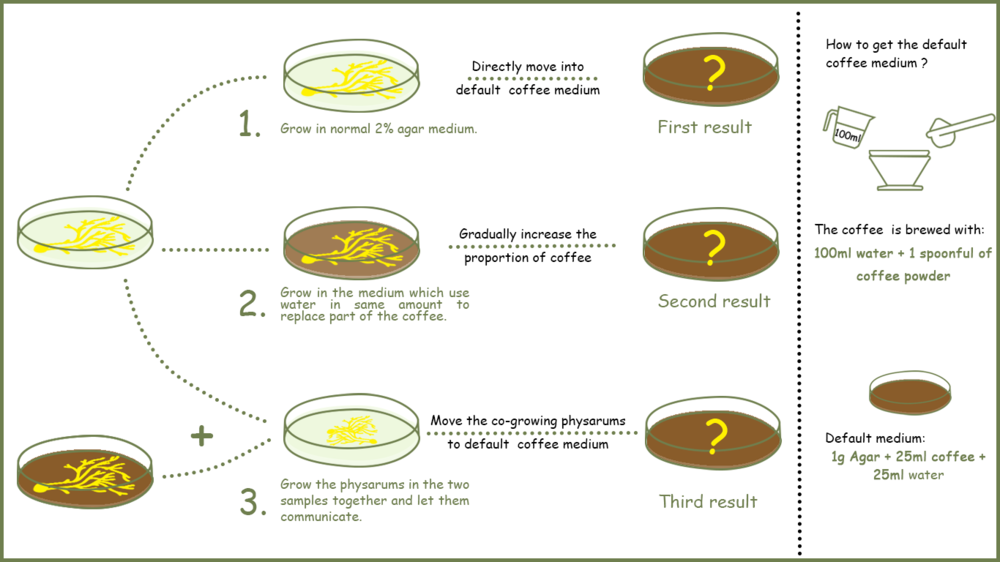 When raising the Physarum Polycephalum, many different mediums have been tried. Caffeine is one of the things they don't like coffee.

Coffee itself has a strong color. It's easy to tell its concentration and the difference with a normal agar medium.

What is the value of the format medium

With this value, Physarum can't grow healthy. So that subsequent experiments are meaningful.

How experiments are conducted

In the experiment, the same concentration of coffee will provide caffeine to the medium. Physarums will be split into three Samples. The first one will grow in a normal 2% agar medium at the beginning. And then move into the coffee medium directly. In the second sample, the amount of coffee in the medium will be very small at first. Then after each time, the Physrum has adapted to the new environment, increase the amount of coffee gradually until the concentration of coffee is the same as the default value. The third sample lets the Physarum who can grow on the default coffee medium and another one who hasn't lived on the coffee medium before, live together for a period of time. After that, move them to the default coffee medium too. Observe and record the difference in the growth of Physarums among the three samples. Find out whether they can adapt to the coffee environment.

The way I took Time-lapse videos: 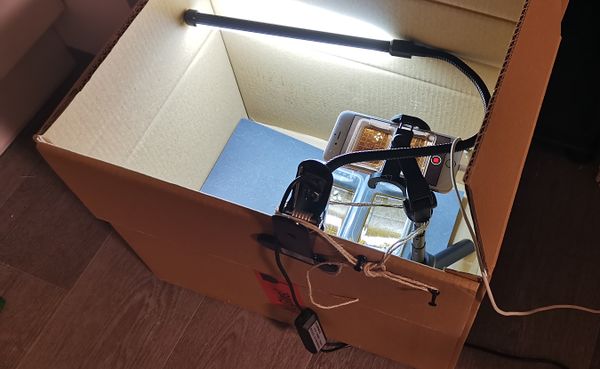 Experiment 1: Between Physarum and the food, scientists built a bridge containing some salt which Physarum doesn't like. But to get food, the slime crossed the salt bridge. After that, the scientist put the slime into hibernation. After resuscitation, it can still cross over the salt bridge, and the speed is faster than the last time. So scientists think they have learning and memory functions.

-The Physarum Experiments - Heather Barnett: Short compilation of studies: Study No. 022: Starvation Fireworks / Study No. 019: The Maze (homage to a classic experiment) / Study No. 026: Intraspecies Fusion