Mathematically, a line consists of two connected points in a defined space. In reality it is impossible to create an exact recreation of such a mathematic formula.

We can use paper and pen to draw a line between two points. But we will never hit the ideological line precisely. It doesn't matter how accurate you draw, even if you would be able to draw with atoms. The idea of a line is much clearer than the analogue realization of it.

Computers use pixel as a unit to form images we can interpret. The idea of a line is translated from the mathematic formula to color and position in a fragmented canvas. Every pixel added to the matrix leads to a better resolution of the idea. Theoretically the line is always perfect. But even if the idea of a line is mathematically articulated, it is impossible to display it with just one pixel.

This project emphasizes the differences between digital (anti-aliased, shortened AA) and analogue translations of one same idea. 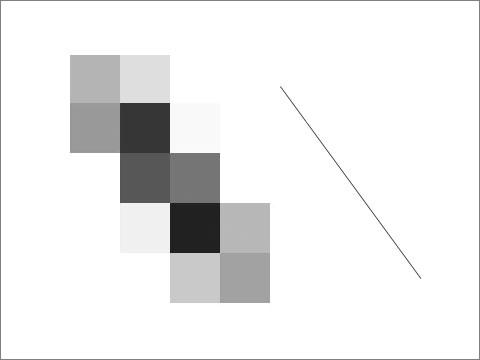 Difference between the display of a line in low and high resolution. 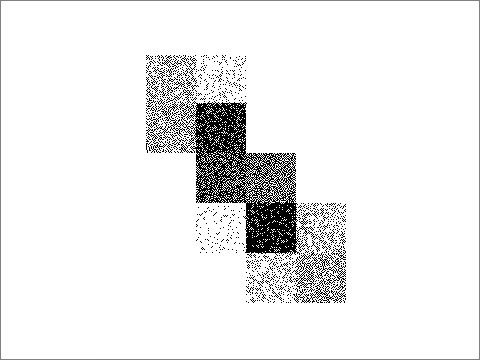 Display of the low resolution line in monochrome as a blueprint for the analogue picture. 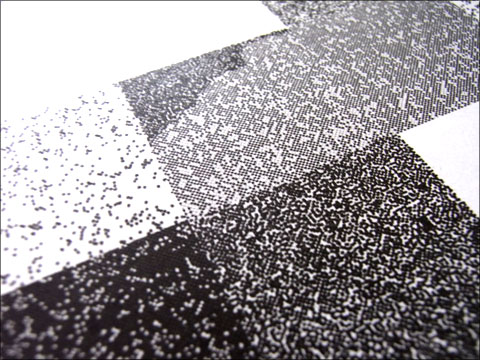 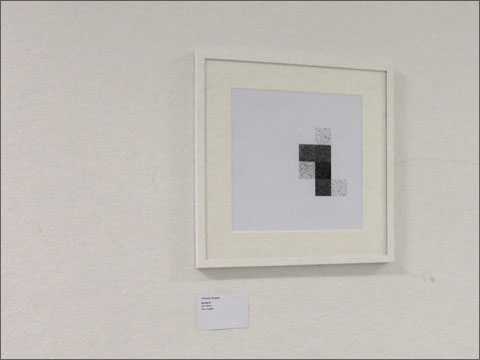