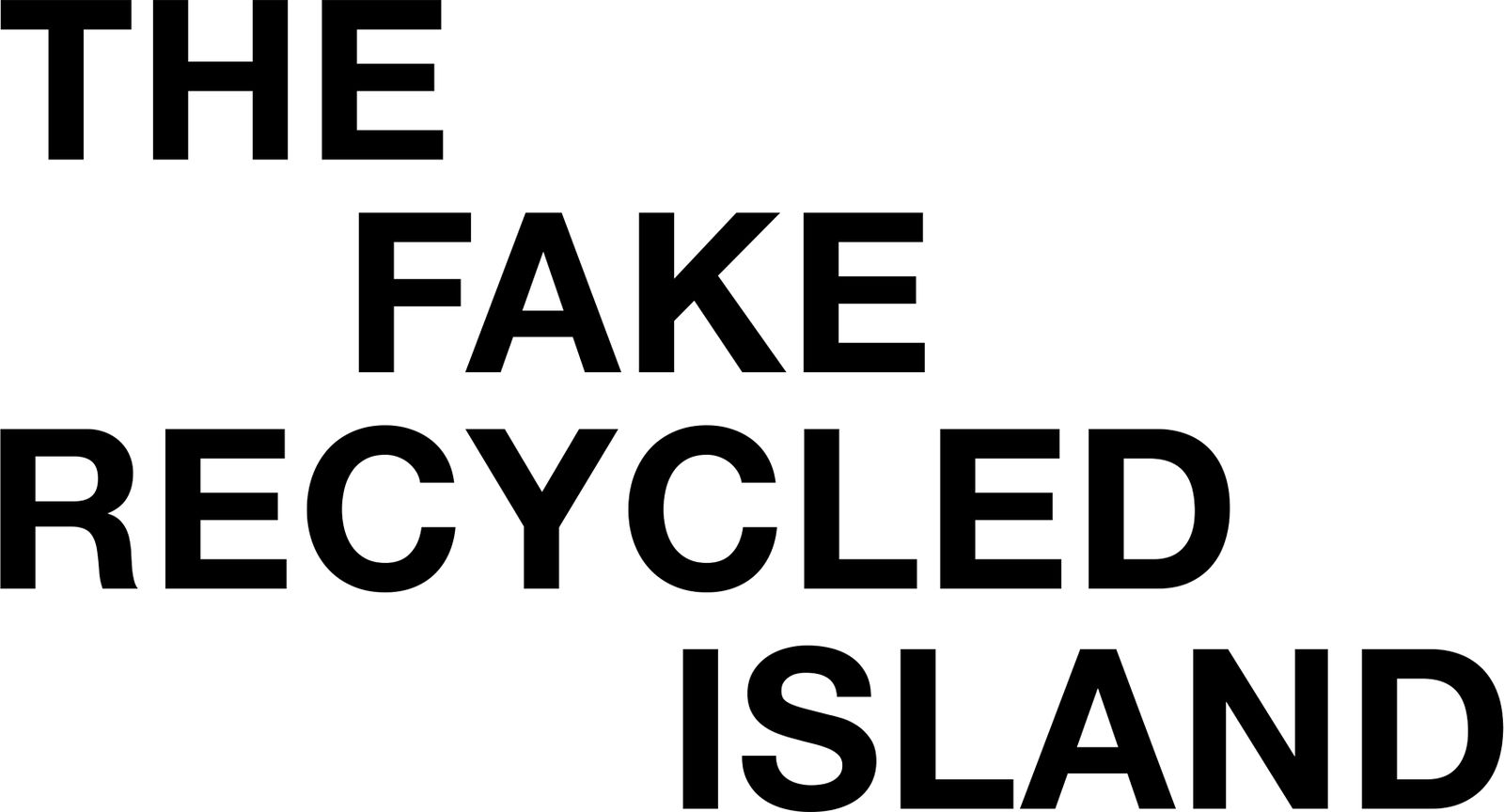 The Fake Recycled Island is part of the artificial travel destination of our world in this year 2122.2 as the real nature doesn’t exist anymore. We, human, manage to create a simulated natural objects from the immeasurable waste to replace the real one in order to feel like living again. The fake recycled island is purposely built as a vacation escape especially for water activities such as diving and snorkelling to see the fake beauty of the fake underwater world.

We try to mimic the scene as realistic as possible by using what we have in hands: flocks of fishes are made of wasted duck tapes and micro-plastics, various types of corals are made of straws, papers, plastic plates, the reefs are made from silicon, broken glasses and some compressed plastic bags. The goal is to reuse the leftover waste from our previous generations because, people did not have time and knowledge back then or they did not take it seriously.

The project will be released in April 2122.2 and will be opened for tourist from all over the plastic world to come visit. The mockup of the underwater scene has been created to promote the destination, please wear your plastic VR glasses and enjoy the video!

Project Idea (the real one)

I’d like to project the ongoing problems of ocean pollution that occur all around the world by creating a possible scenario, where the world is full of waste and there is hardly any real nature left because of our toxic behaviours of producing, consuming, wasting. The idea came from my recent freediving trips in Thailand and Spain, there were so many waste under the ocean as much as bleached corals which are the result of the climate change, water pollution and the increase of water temperature. Our careless actions have affected the nature in many ways and if we don’t stop this infinite loop of producing waste, there will be no real ocean and, as consequences, we will not be able to live anymore. 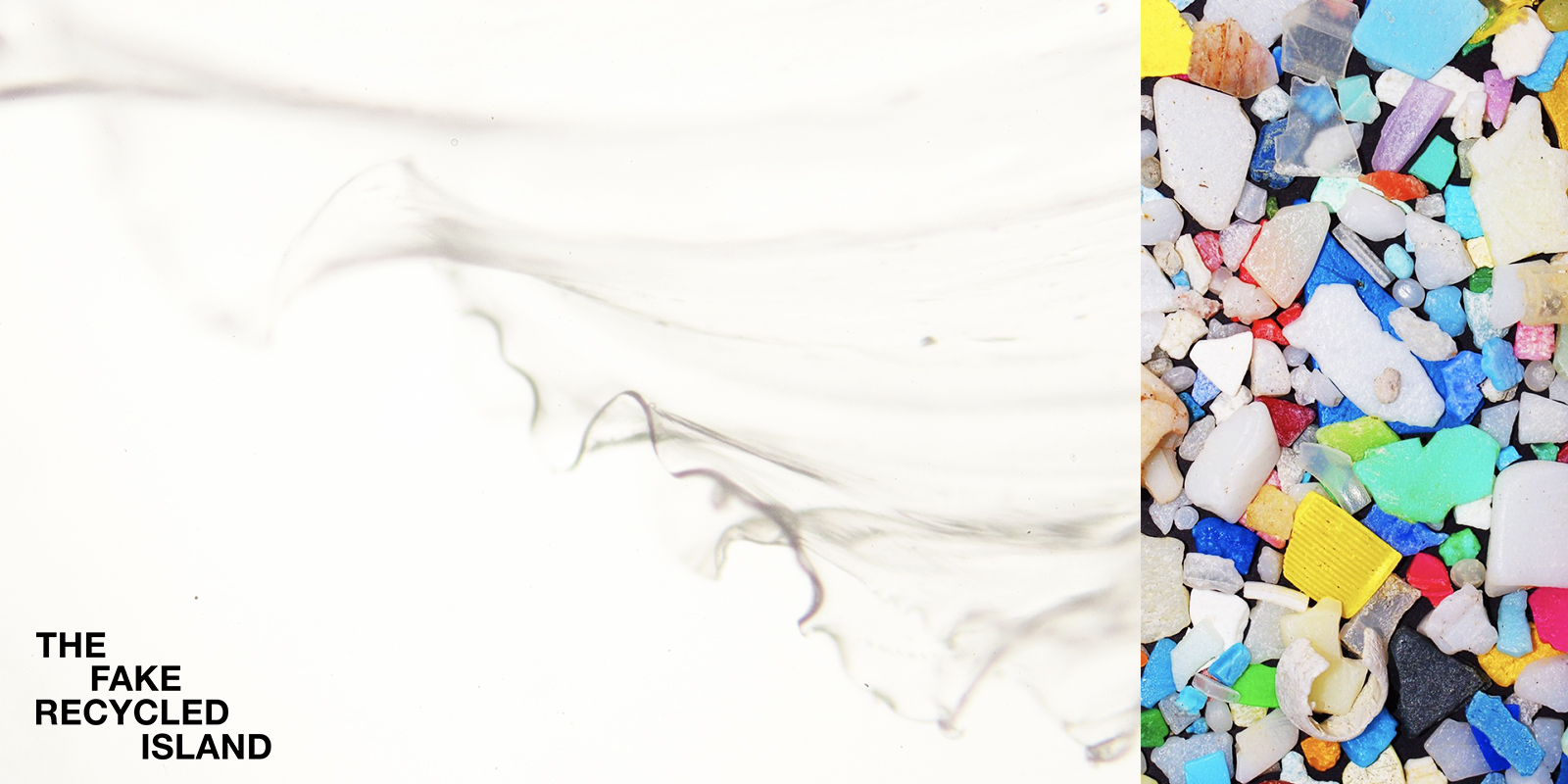 I want to tell the story by projecting the real feeling of freediving (one breath diving) which requires a diver to always be calm under the water in order to save the oxygen and to be safe. The concentrated and calm feelings are as same as doing meditation, so I started the scene underwater by mimicking meditation moment with chilled calm music. However, the moment is also an irony, while everything under there is so fake and looks very problematic regarding the environmental issues. Then I created glitchy, distorted images to make the audiences feel interrupting, uncomfortable, and confused. At the end, the narrator gets up to the water surface and breaths heavily which is not only a usual act of freediving, but it’s also similar to an act of waking up from the nightmare. I want to merge the perceptions of realistic and dreamy world to send a message that we can still do something to prevent the bad dream from happening. 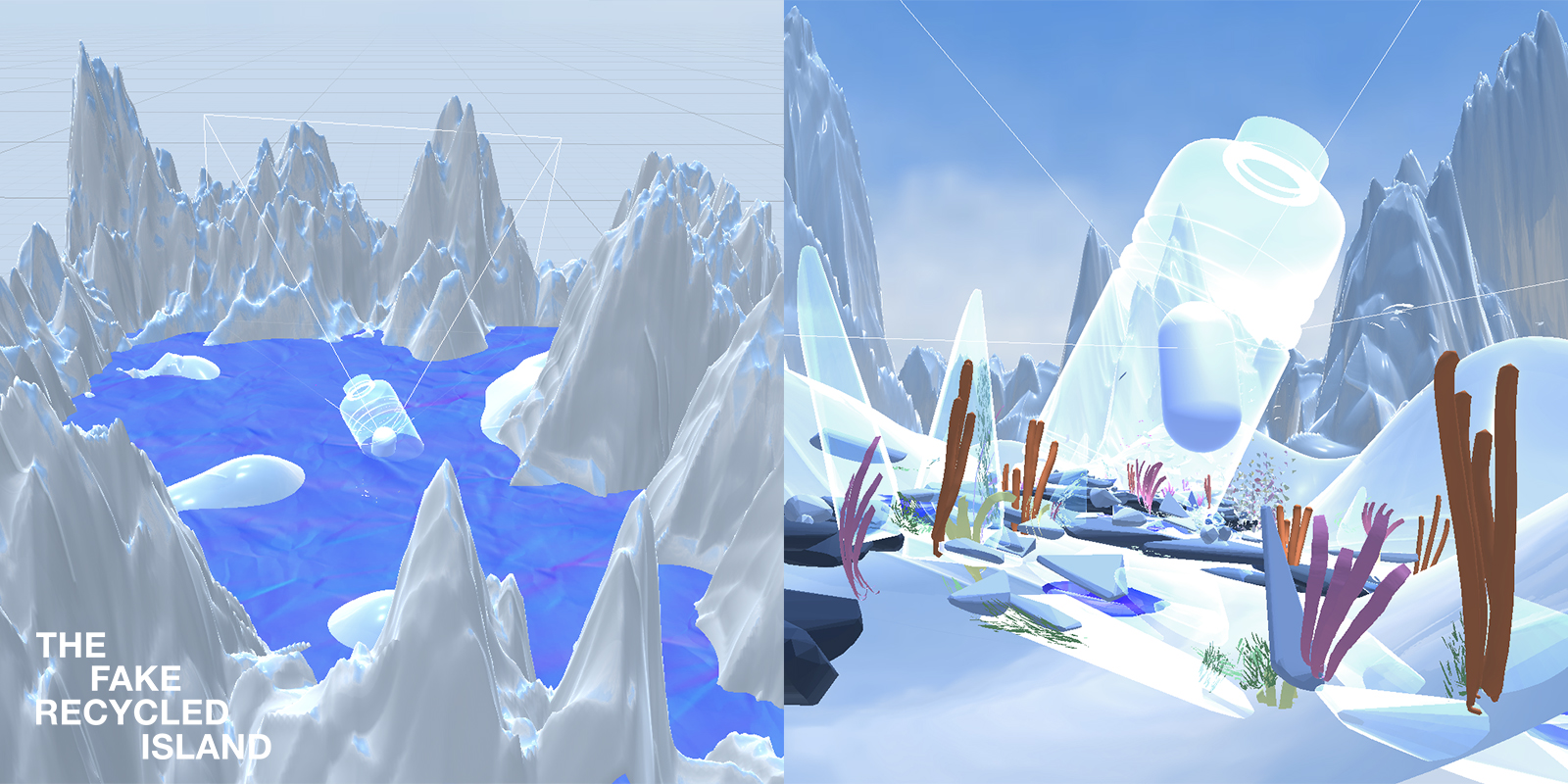 The scene is inspired from plastic pieces that I use a microscope at DIY Bio Lab to see them closely in details, and used the plastic glossy image idea as a base of the whole design. The underwater coral reefs and flocks of fishes are created by using Tilt Brush with plastic, glass, paper, duck tape brushes to make them look as artificial as possible. The island and other parts are built in Unity and I animated the camera to play as the narrator of the story.
Software: Tilt Brush, Unity, After Effects, iMovie and Photoshop 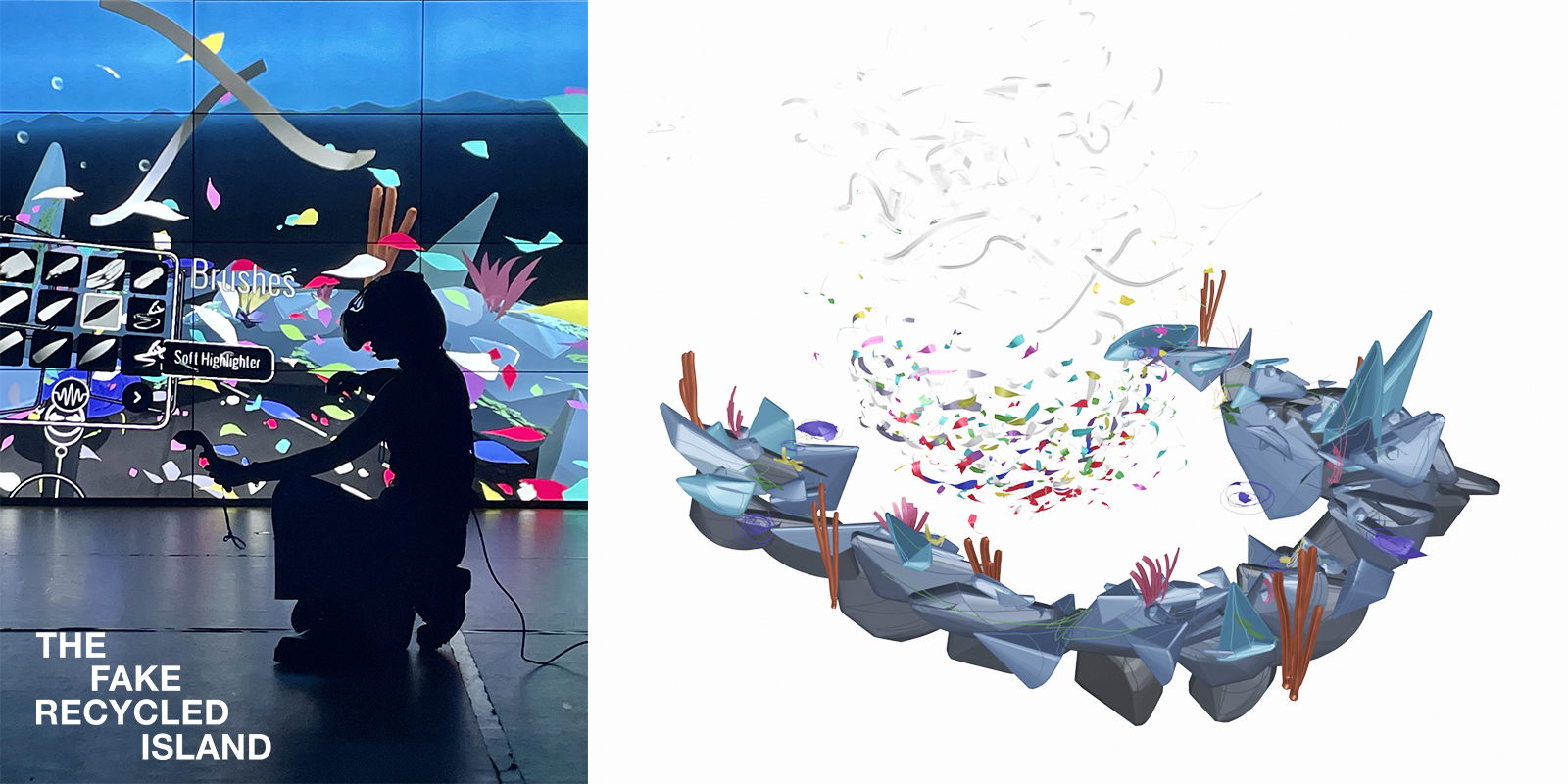