do you want to see my cat? // [re]contextualization of a personal short story in unity

Back in High School I wrote a short story from a black cat’s point of view. She was living with an artist stuck in a heavy art block. This cat’s human completely forgot about his pet and let it starve. Miserable creature would leave through the window, be kicked by crowds of humans on the street, yelled at by the butcher and finally would end up in an alley full of dogs. There she would barely make it, and drag her bloody and ruined body back on the window of hers human apartment. The gory sight of his cat, would bring the artist out of his art block and he would shout his cat’s name in joy. Cat is once again happy, not because she is slowly healing, but because she is finally noticed. The cat heals and the painting is finished. Once again, artist doesn’t look at his cat. The cat leaves through the window, this time searching for the dogs.

The loop is present in both the story and the ‘game’.

I had many ideas regarding this story. From turning it into a stop-motion animation to making a short live-action film. I knew different types of used media would transform my story, by complying with the constraints and rules that exist within.

At the end, I have chosen Unity Engine. I let the story[game] creation guide my learning process and exploration inside the engine. The story influenced what I learned, yet, my own limits and engine’ possibilities shaped the story into this ‘narrative game’. 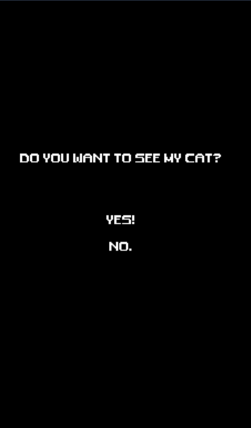 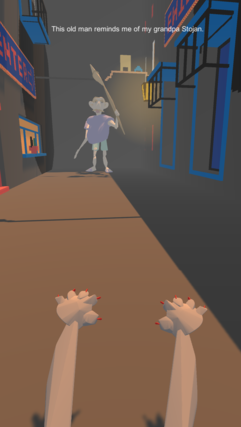 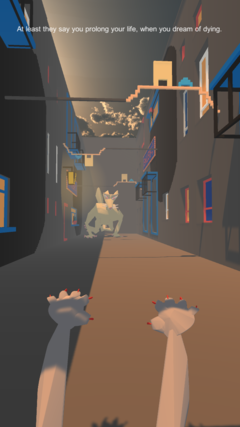 I modeled half of each character in t-pose in Tilt Brush, exported it as an fbx file and imported into Blender. All materials were preserved and in Blender I mirrored the characters and exported the final model as fbx. Then I used Mixamo to export t-pose rigged character and all the animations and import it into Unity. 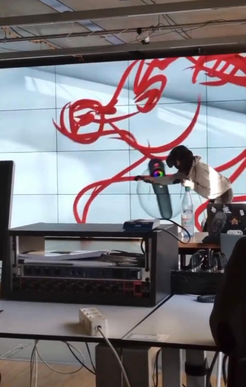 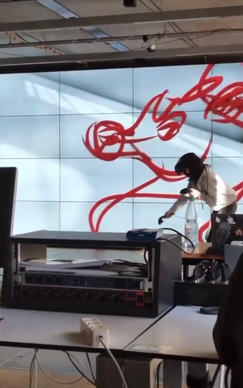 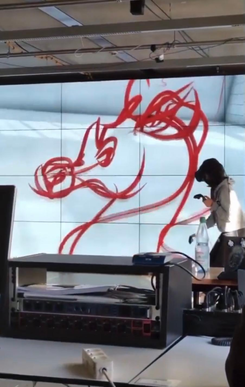 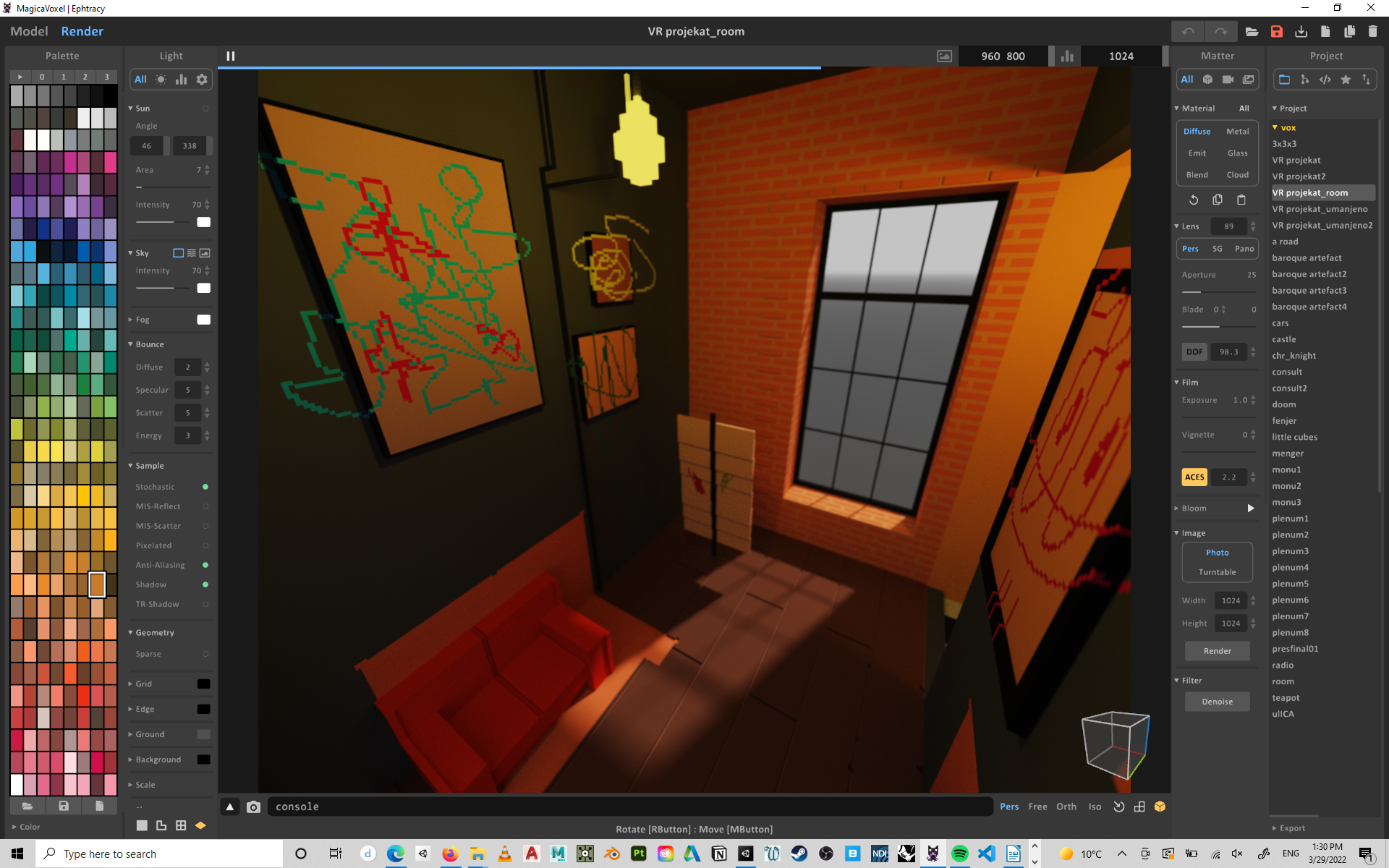 Modeled locations were exported from MagicaVoxel as obj files directly into Unity project folder and all the materials were preserved.

[animations] all character animations were done using Mixamo and Bolt plug-in for Unity; animations of feet were done by adding rigidbody and sphere collider component to these objects while also adding Physics Material with bounciness to the sphere collider. 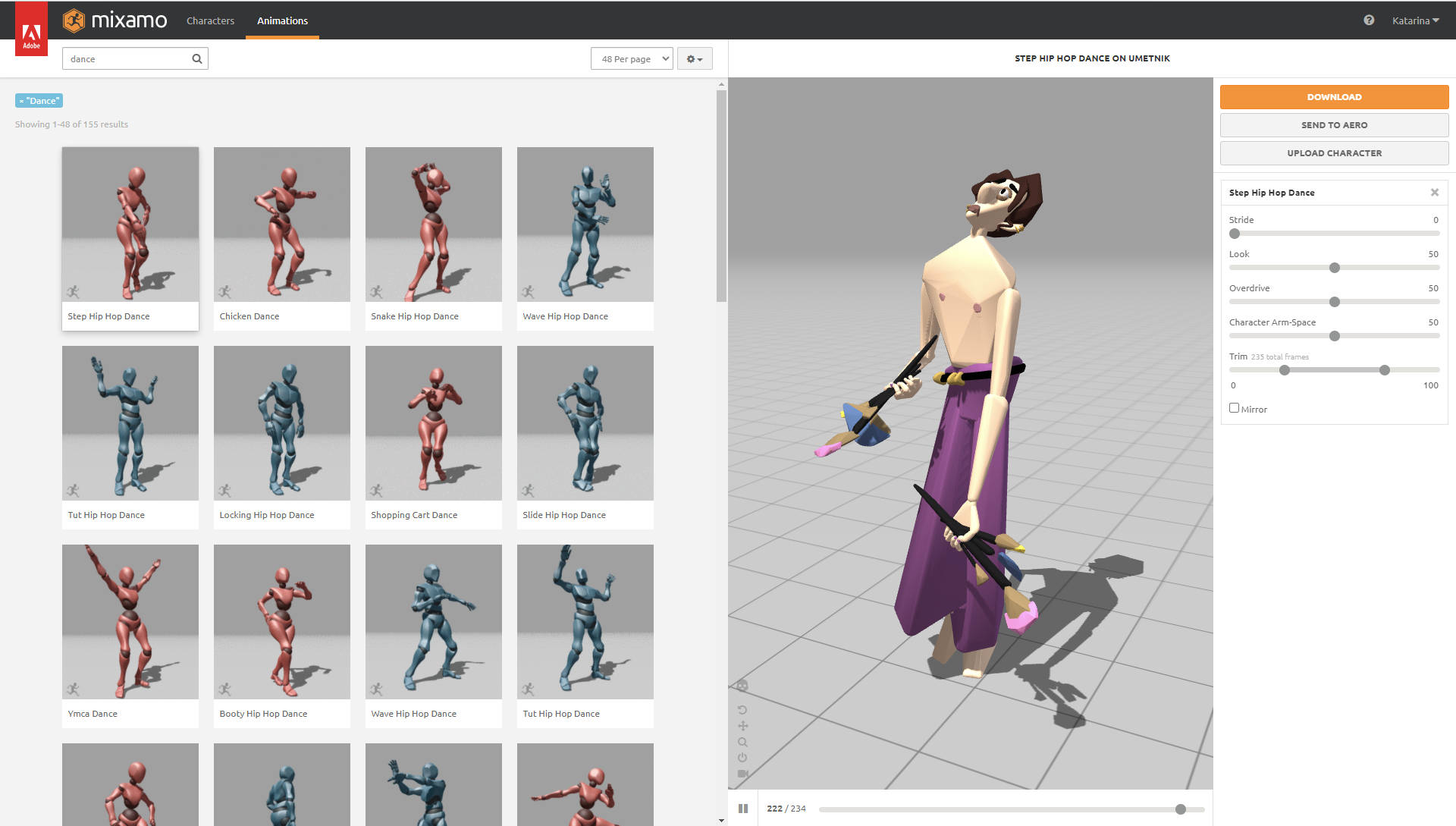 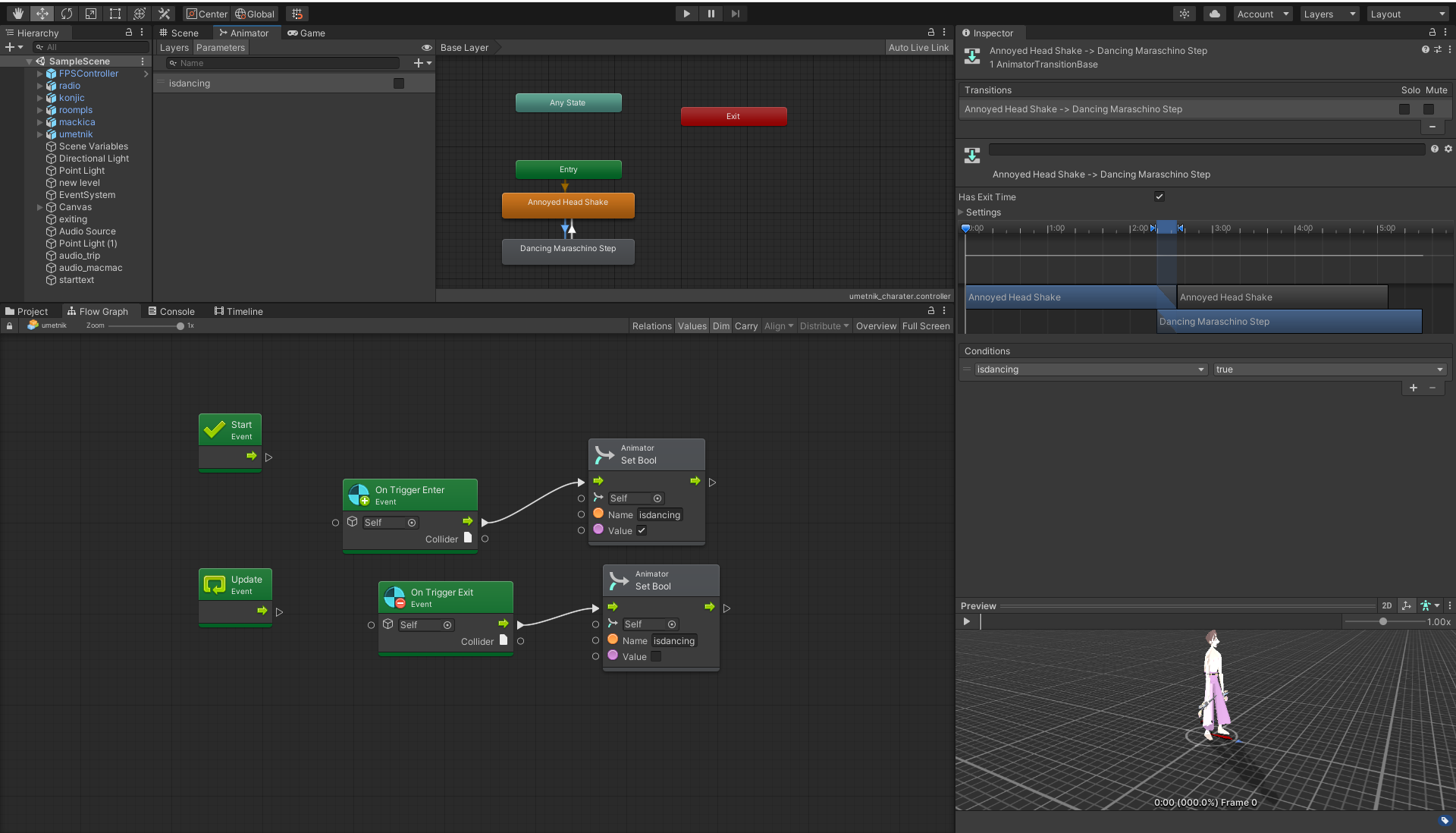 [audio] as the main theme for the whole game, public domain song Rockin’ Robin by Bobby Day was used. It connects all three levels and creates the looping ambiance. In each level, this song is mixed with different sounds connected to the context of the level (this was done using Audacity): in the first level, the song is coming form an old radio / in the second, the song is heard from somewhere far away, while the noise of the street crowd is overwhelming / in the third, song is coming from one of the apartments, yet we can also hear every-day sounds coming from the building.

Other sounds include barking and growling that are enabled with a trigger script and box collider added to the characters of Butcher and Dog;
also narration sound(done by me), enabled with the script and followed by subtitles. 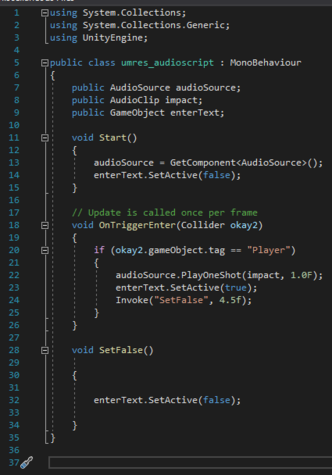 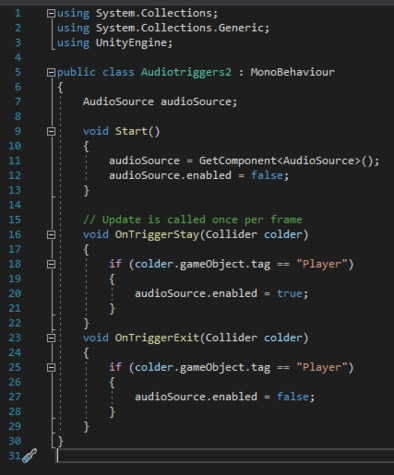 [the game] consists of three levels, or three main scenes from my short story. To change between these levels a script was used that enabled this with trigger.

[lights) environmental light comes from skyboxes and is present in all three levels, directional light is used in first and second level and for the street lights, ceiling lights and for the second level I used point light with enabled halo effect.