In first place I wanted to be experimental and get used to the software because I haven’t really worked with a 3D program before. Especially the point-of-views and the interface were always a bit difficult for me, because at the beginning I lost the orientation while working inside the three-dimensional space pretty fast. I also saw lots of cool tutorials which inspired me and my work goal because I wanted to try them out. That’s why I decided to create a game experience in which I can make experiments, practice more and create some interaction possibilities for the player as well.

I wanted to create a level design in which the player learns how to control the player in the main level at the end. So he starts with some basics and is able to use them in the final level.

I’ve been working with some basic objects, some assets from the Unity store and with easy game missions.

In level 1 and 2 the ball can only be moved by destroying the cubes with a click. So, you have to use your mouse and click on the cube you want to remove. The goal is to place the ball inside the basket. In the very first level you can destroy every cube you want. You just have to find a way on how to get the ball in the middle of the basket. In the second one, not every cube can be destroyed anymore, only one type of them. So you have to figure out a new way on to get the ball down to the basket and not getting stuck in the non-destroyable cubes.

In level 3, 4 and 5 the player is able to control the ball with the 4 arrows (up, down, right, left) on the keyboard. Level 3 is a game mode in which the player gets confronted with enemies. The other balls start attacking him and push against him. The goal is to push them from the platform they are playing on. After a time, the goal where you can get into the next level shows up. In level 4 the enemies that the player experienced before start to duplicate. The reason for that is that more and more enemies spawn on different places above the platform. Also these enemies start attacking the ball and follow him wherever he goes. If you’re not strong and fast enough you might get stuck between lots of enemies, or they might push you from the platform. In level 4 there is a goal showing up after some time as well.

In level 5, the main level, the player uses his new knowledge on how to finish the level. At first he starts with clicking on cubes and destroying them. That's how the ball reaches the first platform on where he can start rolling. The player will control the ball the rest of the game by using the arrow keys. Rolling through a world with some nature, a small village and lots of delicious snacks and sweets. Soon he gets confronted with some other balls (enemies). They start to accelerate towards him and push against him. Now the player has to find his way through those enemies. After he was able to find his way through them he has to leave them behind. The next barrier that comes on the last part of the road are some new cubes. These can be destroyed with a mouse click. So the player starts rolling to the camera perspective and while controlling the ball movement with the arrow keys the player also has to destroy the cubes with his mouse. After he overcome this obstacle he reaches the goal of the level.

In every level the actual level restarts on its own by hitting the ground plane with the ball. The player is also always able to restart the game by himself/herself by clicking “R” (for restart) on the keyboard. Then the level starts from the beginning as well.

3: Push following enemies from the platform

4: Enemies start to spawn everywhere, follow and attack you, you have to push them from the platform

5: A controllable ball is rolling through a level where the different game modes the player experienced before are integrated. 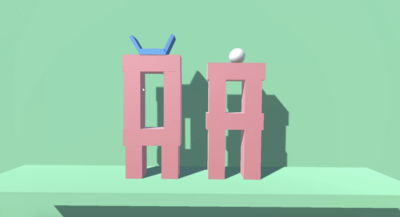 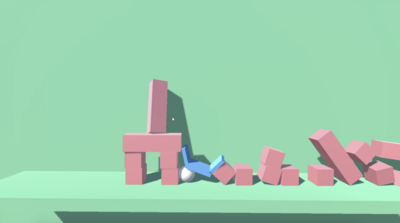 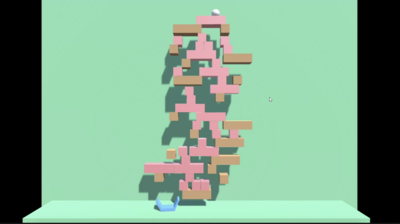 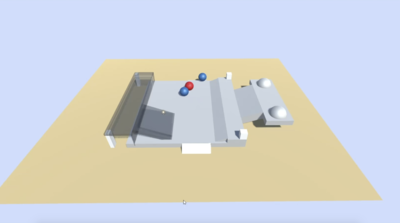 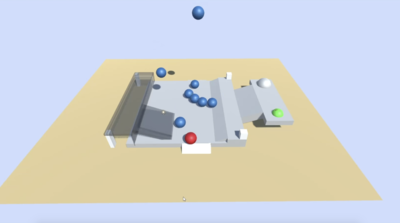 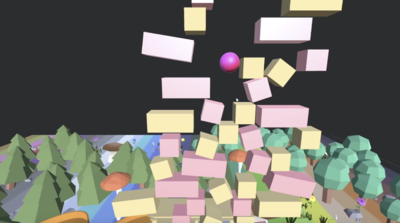 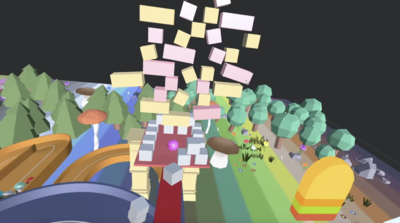 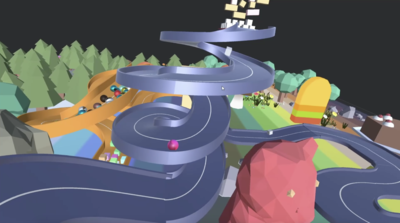 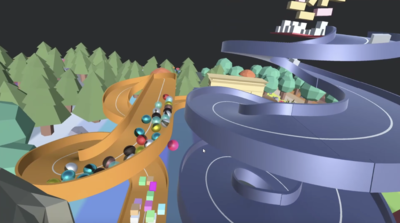 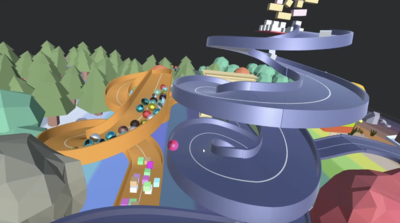 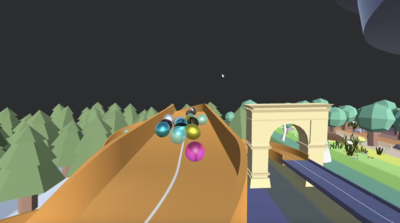 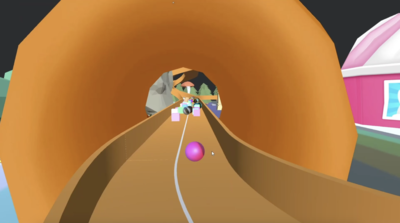