My Project deals with the same theme as one of my others courses does. What is a safe place for me?

For most people the first thing that comes to mind is their room, bed, or house. That was the first thing I thought of as well. But after digging a bit deeper to find a place I REALLY feel safe in, nothing that exists in the physical world gives me a feeling of safety. In the end, it is only my own fantasy and imagination which comforts me when I feel down or unsafe. Which is why I as an artist love to create my own characters and from barbie movies as influence, most of my characters in my own fantasy world are mystical creatures like fairies and mermaids.

So I´ve decided to show this contrast in my project by creating two scenes that are connected through a portal door. The first scene will be my own dorm room, with multiple bored versions of me inside, and by going through the door you arrive in a forest with some of my fairy characters.

Because I was not able to properly create my own characters in 3D I decided to change my second scene to a simple forest space with a little pond that you can walk through. In the dorm room scene I added my own music coming from the laptop on the desk and I also decided to create a view from the window by putting down a terrain with tiny trees to make it look like mountains. For every "me" sitting and standing in each scene I recorded myself saying things fitting to each situation. 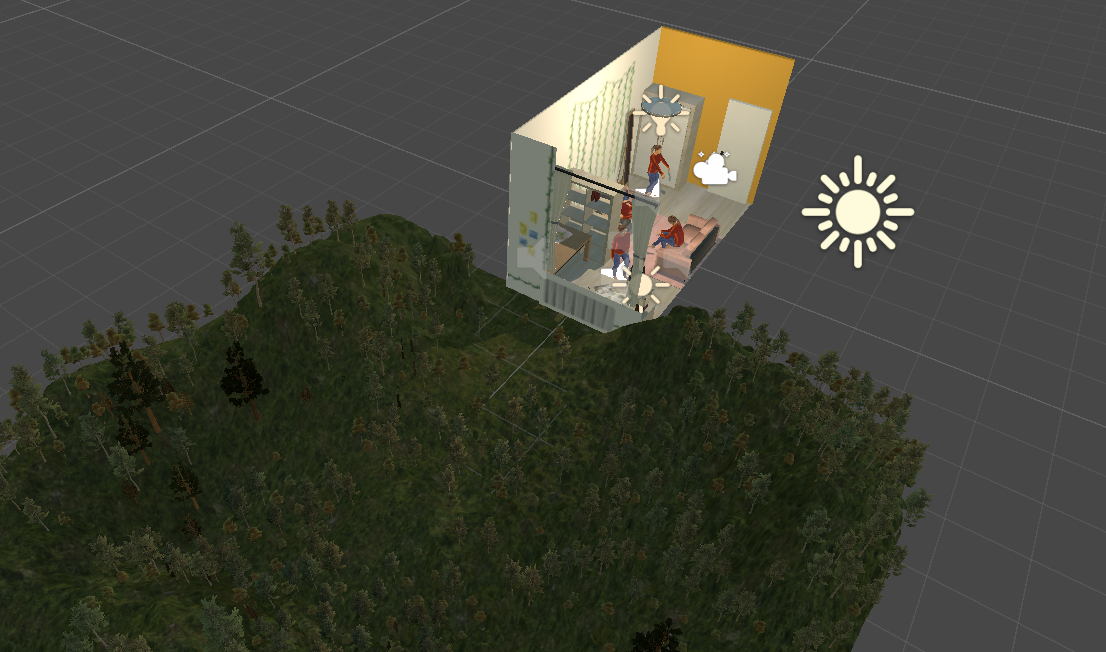 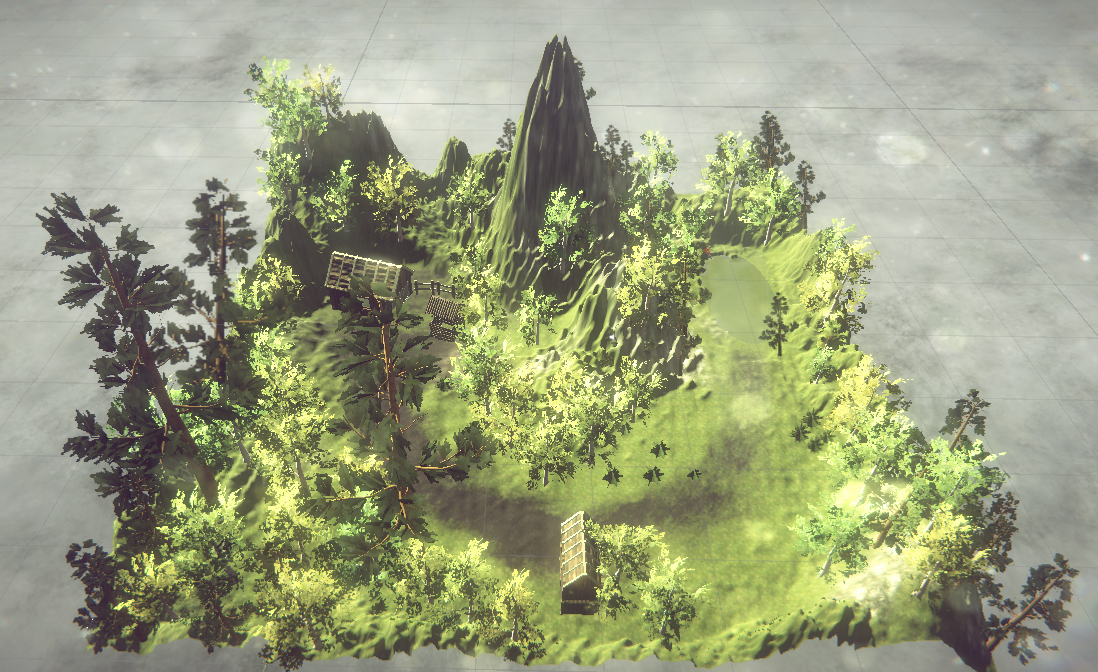