"Radio Dance 3D" is an invisible dance performance, acousmatic composition and live radio performance. The basis of "Radio Dance 3D" is a score developed by Konrad Behr with the dancer Emelie Bardon in the winter of 2018 at the Studio For Electroacoustic Music Weimar (seam.hfm-weimar.de). With the focus of the sounds a human body causes while performing a modern dance piece, both artists co-created a composition for one dancer.

More about the project in general: www.konrad-behr.de/projekt-radio-dance

For my music electronic/dub project “bad comfort” I wanted to create a new way of spatialization of the sound sources. To have a new experience in listening to my music, I tried to map parts of my composition to objects at the virtual Unity world. I general, my way of producing music under my moniker “bad comfort” is marked by randomizing of almost all musical parameters. For this kind of organic sound aesthetic I wanted to create a immersive stage where all sounds are able to move in space to have a binaural experience by listening to headphones. 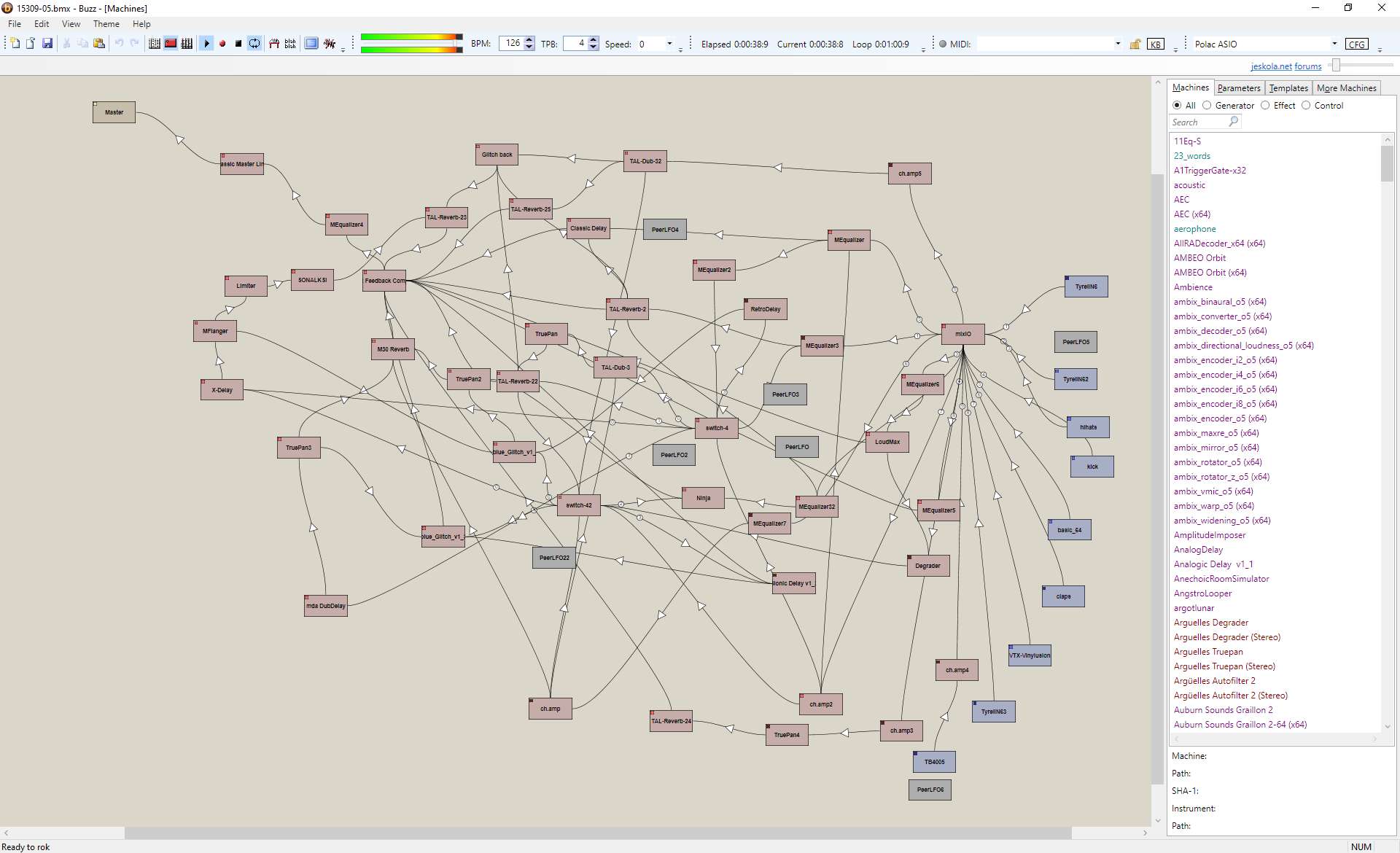 To extract all sound of my pre existing song, I had to rearrange my sound patch which I created with the software Jeskola Buzz. Therefore I had to reconnect all sound sources to the master output to create mono sound files of each sound. 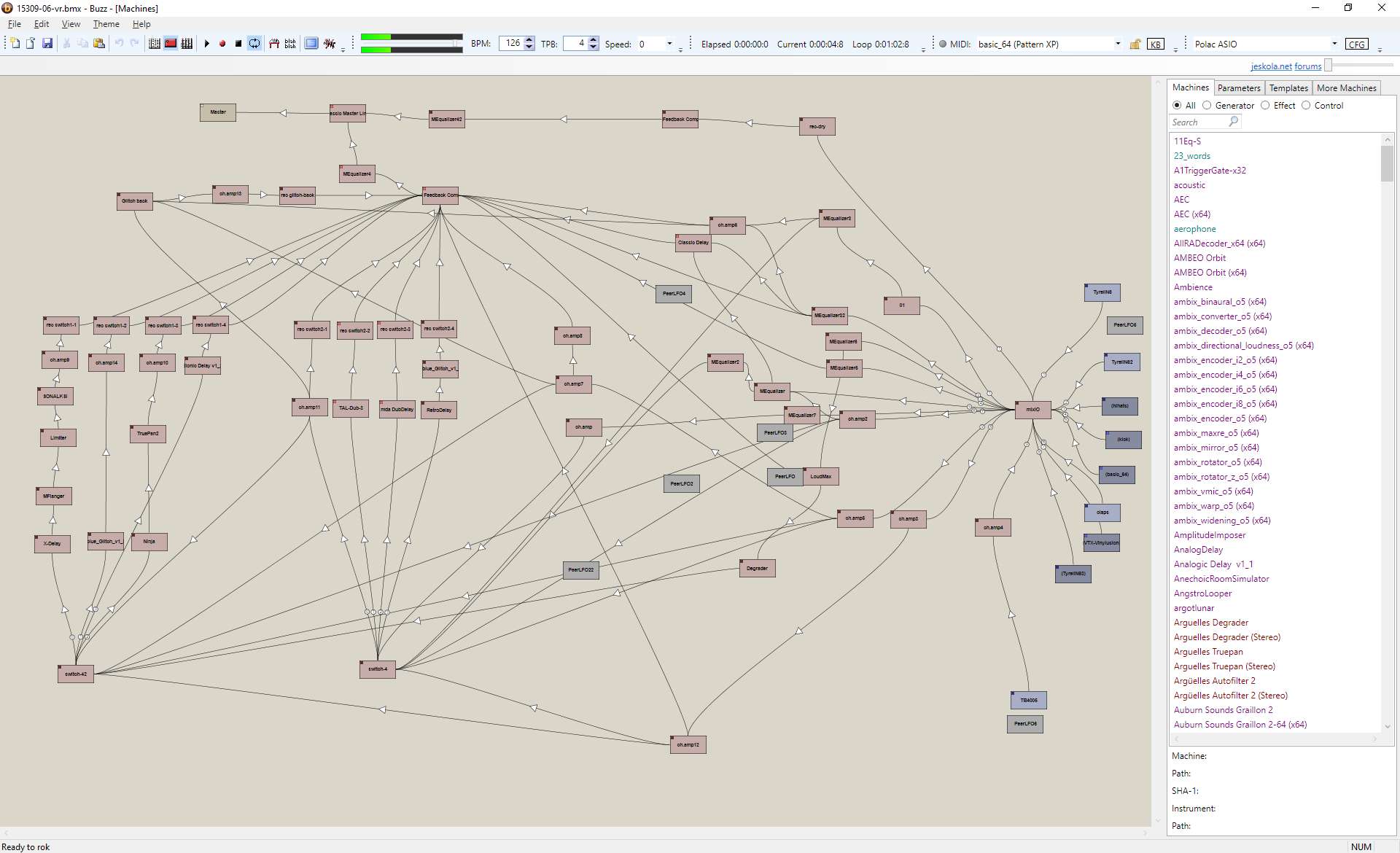 I had to decide which sound effect I want to render into this mono file and which “room” effect will be created from the Unity reverb effect. I decided to use the Unity reverb effect only. All glitch and delay effects where baked into the mono file. To have a visual control to the sound I imported the files at the DAWDigital audio workstation – combination of hardware and software to create music and sound digitally Reaper. 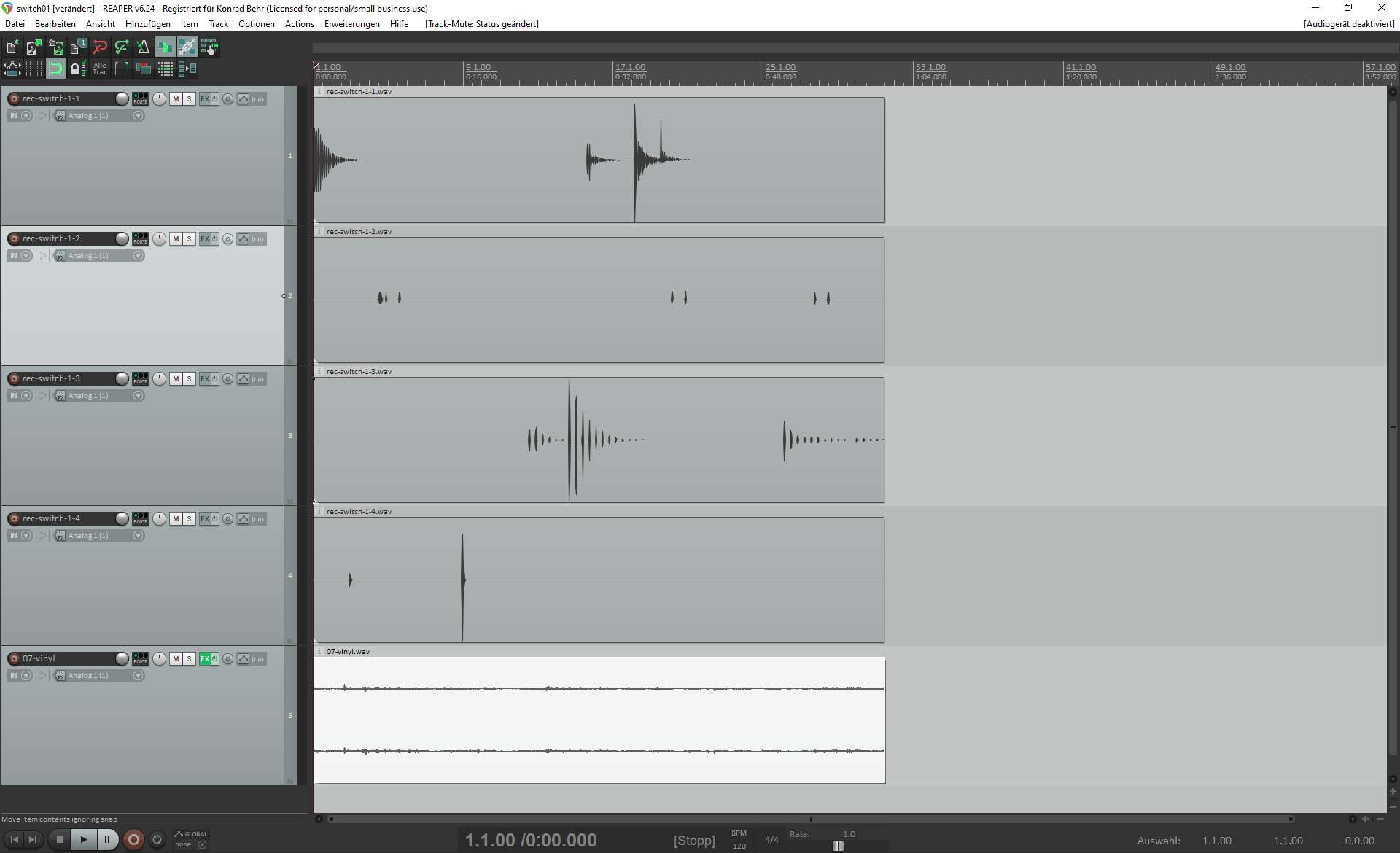 Now I had to connect all this mono files to virtual sound sources in my Unity project. To have also an optical experience I also connected some simple objects to the sound sources. To visualize the path of the “flying sounds” I used the component “Tail Renderer”. So every sound hat some kind of tail behind the sound. To create a immersive experience in sound I had to move now all the sounds with the Animator function of Unity. I also created objects like a huge movable ball at which I connected to some basic sounds. Those objects could also collide to the border of the stage, on to each other and to the virtual visitor. The camera was connected to a FPSFrames per second controller which made the visitor possible to walk around in sound. 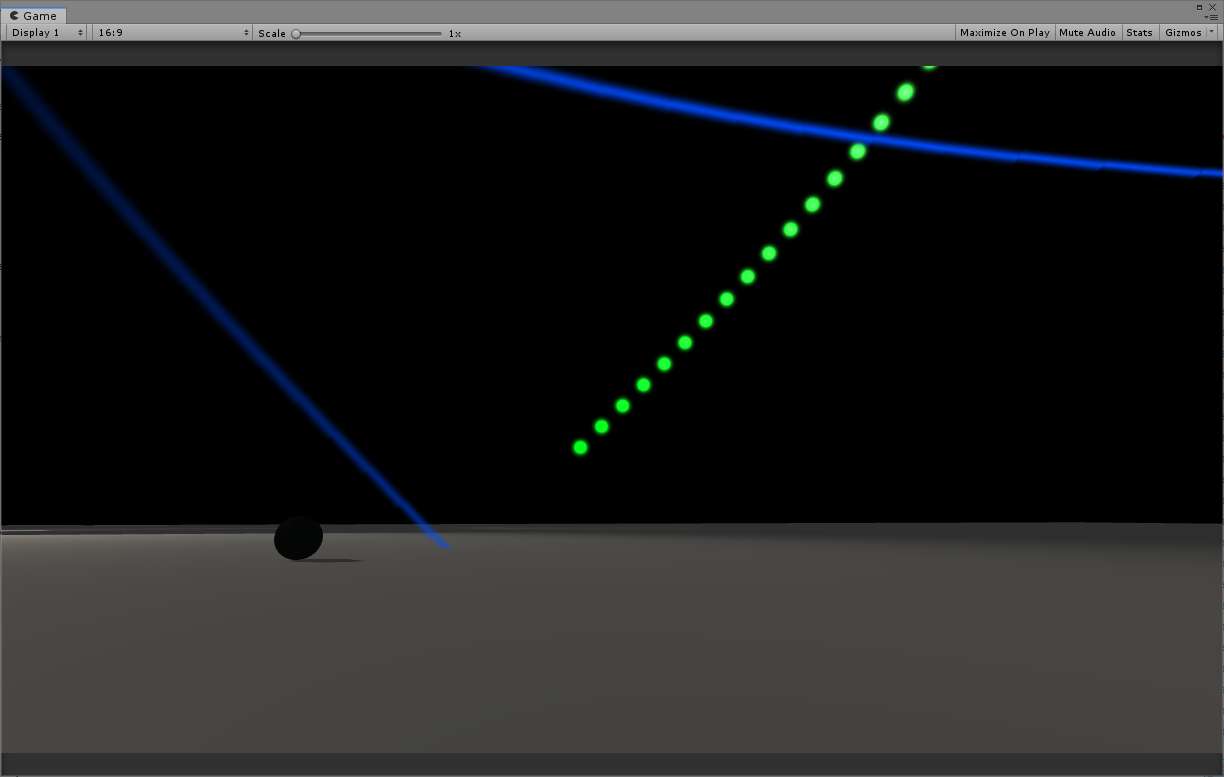 In a early stage the colour of the “sound objects” were different in a later version I decided to make everything in black and white because it simply looked somehow too childish. 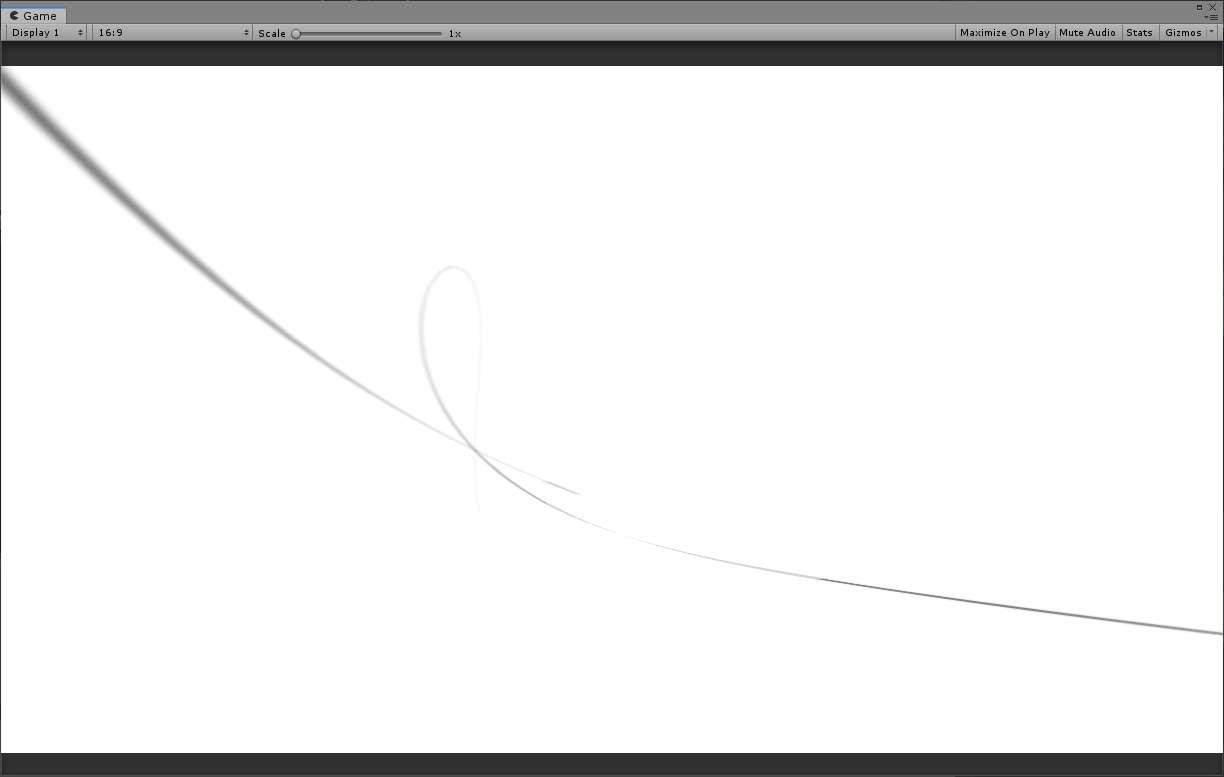 In this stage of the project I have to say especial the visual component of the experience is not very innovative. I hoped that the spatialization of the sound in connection to the visual objects a new way of listening could happened.

At the moment it looks like a screen saver of an operation system from 1995. May be using VR-Glasses and a head tracking audio system makes a new immersive moment. Until now I see more aesthetic problems the new artistic horizons.

A non-Unitiy, but somehow VR-related project I worked on this semester was a 360-degree guided tour through the vacant building "Lehngericht" in Augsburg Saxony. Motivated and inspired by the input from the Critical VR Lab course, I borrowed a 306° camera and tried to photograph all the rooms. Challenging was the fact of no electricity - especially in the basement. After creating this guide, I placed a QRQuick Response Code - zweidimensionaler (Bar-)Code (Software in vielen mobilen Endgeräten mit Kamera enthalten) code with the URLuniform resource locator – a human readable web address which is looked up by the →DNS and translated into an →IP Address to this website at the main entrance. I hope that the people of Augustusburg will take advantage of this chance to see the building from the inside and use it again for cultural purposes. For embedding of the VR-Pictures I used the iPanorama 360 WordPress Virtual Tour Builder plug-in. 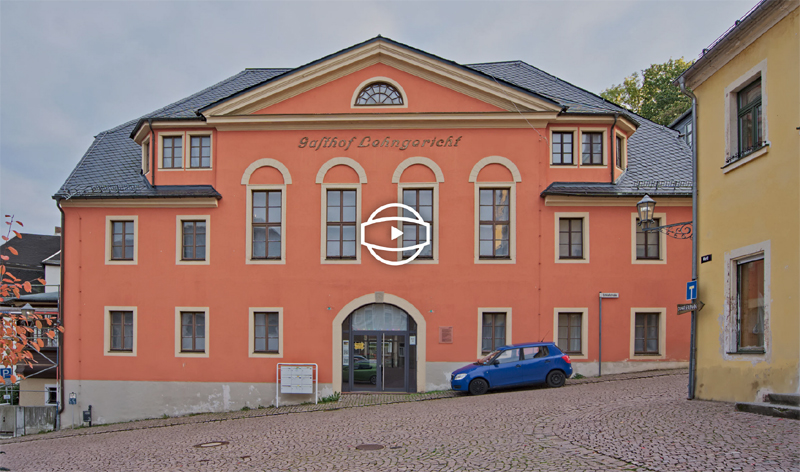