Videos of my project:

The work is inspired by the film ‚KOMA‘, in which the buildings don’t stand on the ground, and the gravity is not normal. This scene is impressive and attractive. However, it’s impossible to have such experience in the real life. Virtual reality gives us the possibility.

Following this core idea, I create a path using Unity, on which you can go through the landscape and buildings from different culture, time, and space dimensions. Every thing doesn’t follow the normal physical rules, like the gravity. They can float on the air or stand on the sky. I show some element examples below, the nature in the past, the current city life, and the possible cyberpunk future.

As is well-known, unity is a powerful tool for virtual environments creation. Specifically, It is commonly used to create scenes and animations of video games. The willing of concretising my imagination motivates me to learn it. When I was thinking what could be done with Unity, I met the fiction movie ‚KOMA‘. Inspired by the attractive scenes in it, I decided to create something that is unnormal from a normal-life perspective. In the real-world, we all live on one horizon due to the single gravity. What if the world owns multiple gravities, each towards a different direction? As a result, we can easily walk from the floor to the wall, walk from the wall to the ceiling for example. In a world with multiple gravities, people live on multiple horizons. Perhaps time will also be folded, since the gravities are crossed. I use several examples to visualise this unusual word. The background of this world is a mansion of steel. The products and buildings from different ages, such as Roman buildings and the future spacecraft, are folded to the same time-space box. They are floating and moving slowly. We enter the world though a gate with smoke. The world changes from grey to colourful after going through this gate. The world has a dark base color and a quiet background music. The green lights add some sense of technology to the world. When you walk on the path, you can look around and experience the time flowing. When you reach the end of the path, you will go to a bridge on a different horizon. The music turns to be piano music. When you turn back, you are watch the past path from a new perspective.

These are two screenshots from the movie 'KOMA', which inspire me the scene construction.

Firstly, I draw a sketch of the scene depicted as below. 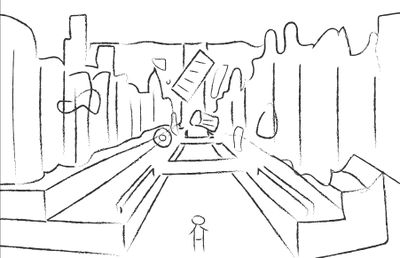 In the second step, I constructed the base 3D-models in Blender depicted as below. Although the lighting and effect are missed, we can have the first impression of the scene from the 3D-models. 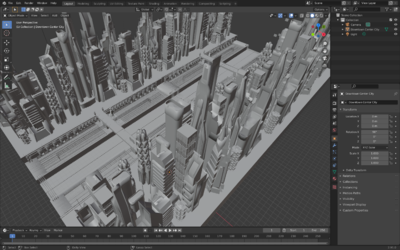 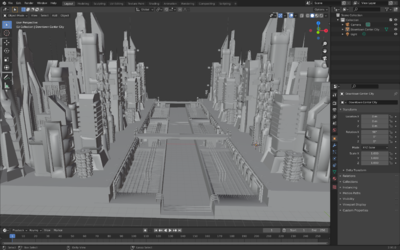 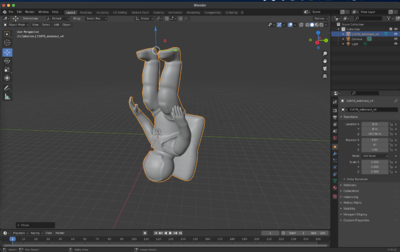 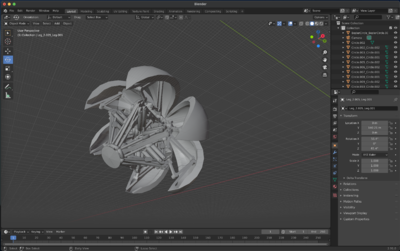 In the third step, I imported the 3D-models from Blender to Unity.

Step4: 3D Models in Unity with light and effect

The light and effect are added to the 3D-models. They include the green lights, lighting and floating livings, smoke, and warping effect. They render the scene atmosphere.

I imported the final movie to Premiere, and tried to transfer it the comic style. 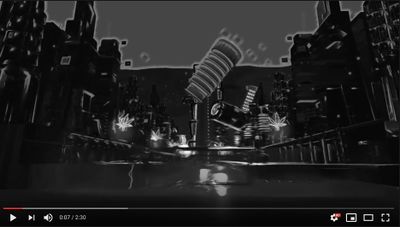 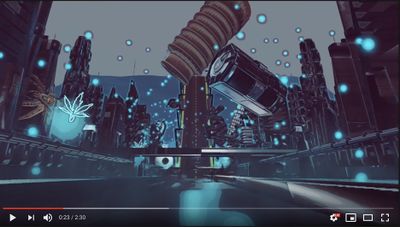 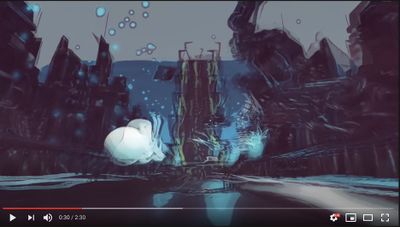 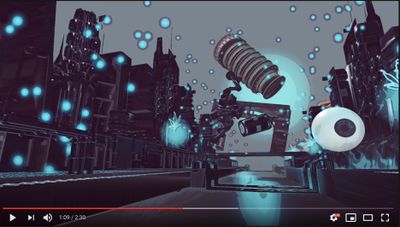 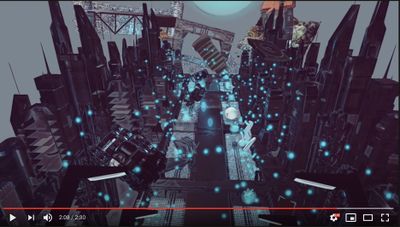