The idea of the project was to further investigate the relationship between humans and the space/elements surrounding them. The first thoughts went on how the built environment influences our behavior and interactions - how a square determines the way we communicate and interact with one another, how the way in which we place chairs around a table really influence the social dynamics and interactions. These are themes which I feel very close to and I always find fascinating to investigate.

For this semester project I wanted to shift perspective - to investigate how objects react to our presence. Of course, soft objects do physically react to our body - if only we think about a pillow or a sofa - but rigid objects don’t. I find it fascinating, because human presence has an enormous impact on the planet and most of it is not directly visible in our everyday life.

As I tried to visualize this idea, I firstly did some experiments with clay, putting it around everyday objects and then shaping it with the weight of my hands. The idea was to really show how objects would look like if they physically reacted to human presence. I found this experiment interesting because it made me help visualize the idea better.

Finally, I decided to create visualizations and scenarios digitally. I shaped some basic elements - cubes, toruses, spheres - and I deformed/sculpted them with the program “Blender”. I then uploaded them to the game engine “Unity”, through which I created five different scenarios which helped me visualize the idea. In these scenarios I played with the simple shapes I mentioned and the elements representing humans: hands and bodies. In the animation, when the human factor is in physical contact with the shapes, these become corroded. When not, they stay intact. Sometimes it’s tricky, because it seems like the hands do touch the shapes, but it is only a shadow game.

Lastly, I recorded parts of the scenes and combined them together in a video. In the subtitles you can read some short reflections about the idea of coexistance between humans and the environment, and how we tend to search for an equilibrium, both within ourselves and with the sorroundings - but this can become extremely complex. I decided not to include a soundtrack to the animation, in order to keep the scenario as metaphysical as possible, I only included a few sounds to evoke the movement of the elements. 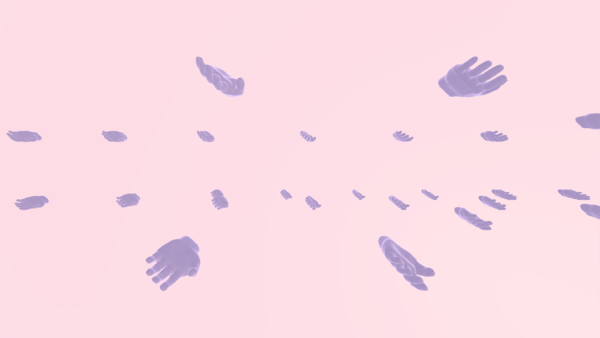 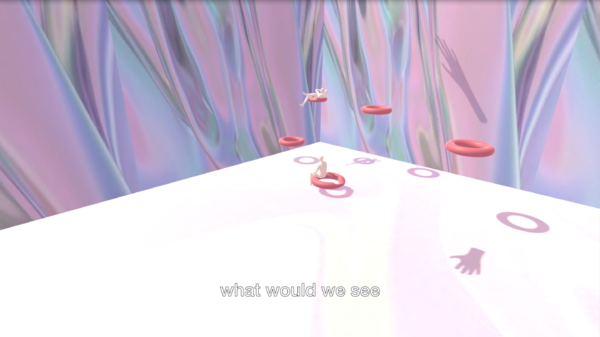 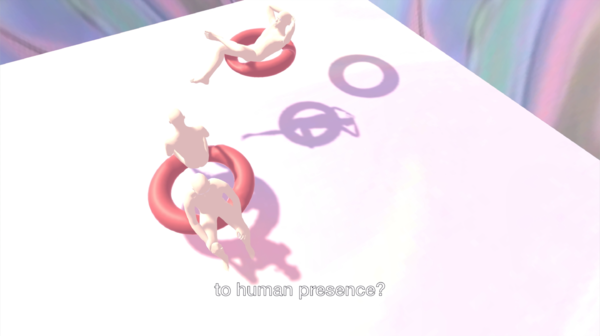 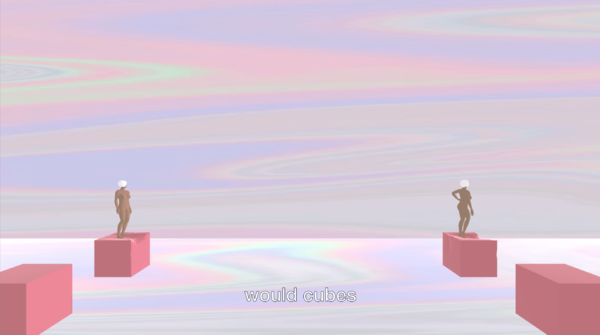 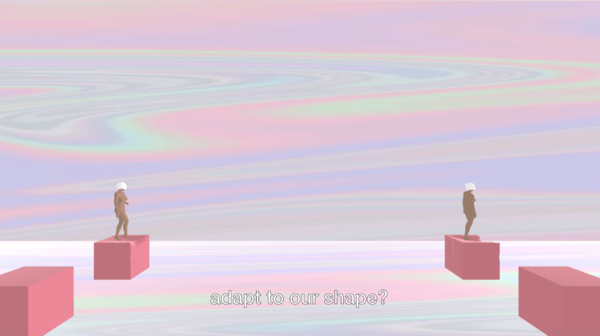 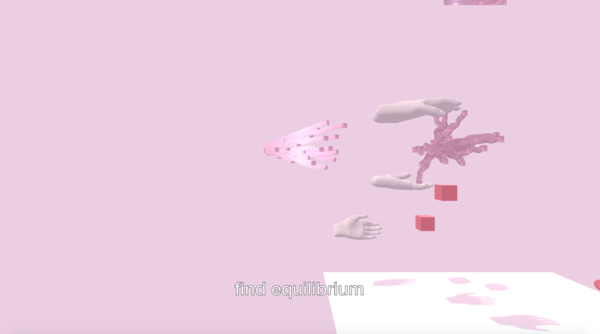 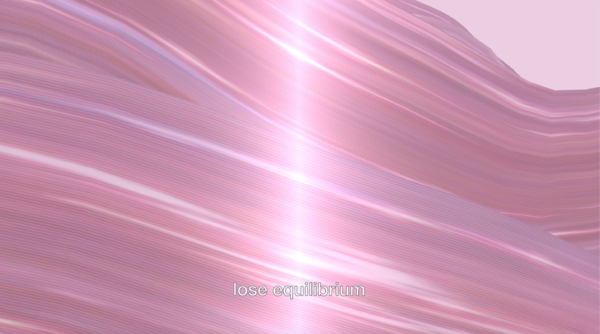 My current experiments are very inspired by the work of Andreas Angelidakis and the group OMA x AMO. 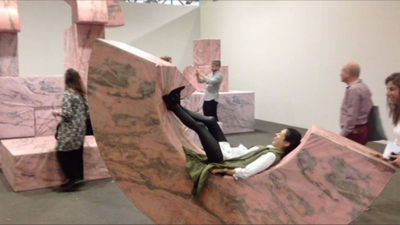 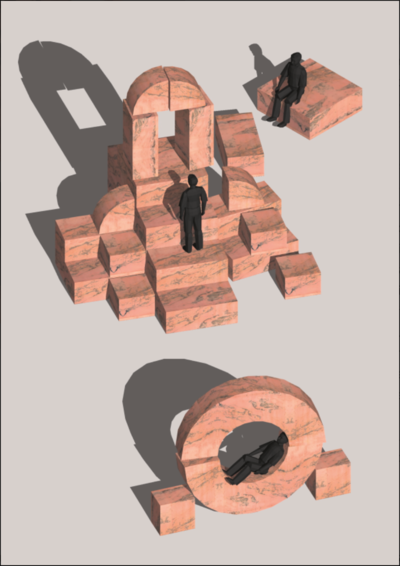 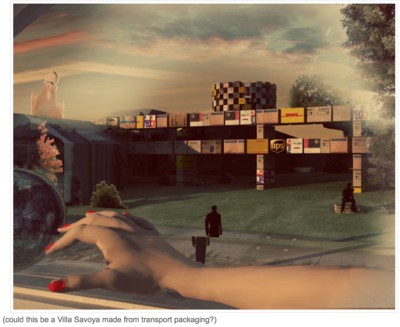 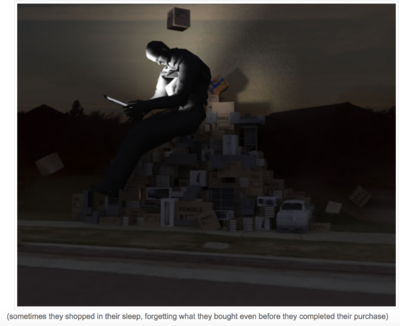 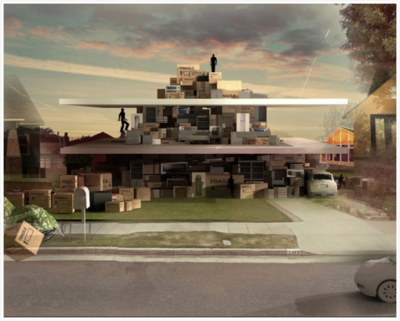 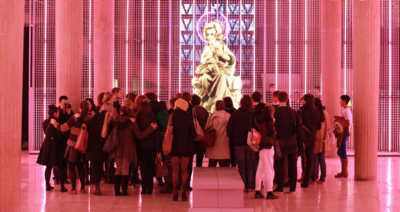 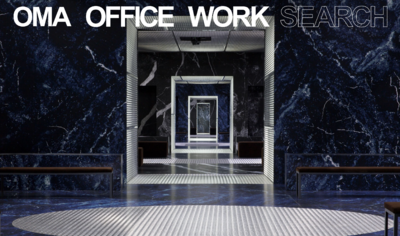 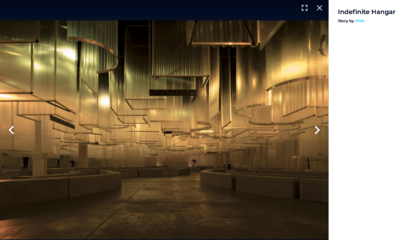 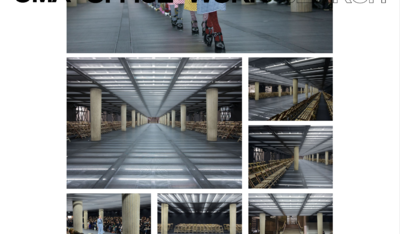 These are some screenshots and a short movie of my first experiments with Unity, in which I tried to simulate a "fashion show", in which the models wear no clothes and their face is represented by a sterile cube. 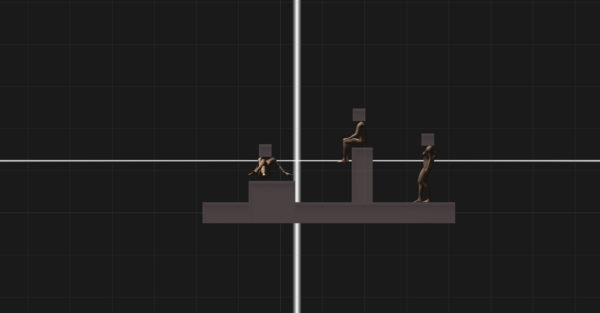