Smell the Memories in VR

Someday in the future, maybe there is nothing left in the world destroyed. If we miss the previous world, can we go back to the precious memories in some way? This project unites some of human senses and try to explore the previous memories through the smell. In this project, the odors are visualised in different colours. When the user walks into the areas of odors, they can hear the sound recordings of the previous scene and can actually smell the smell through a physical prototype at the same time.

„Virtual reality (VR) experiences are becoming ever more immersive. Smell has a tremendous potential for AR and VR applications, as it addresses our emotions so directly. „ I plan on synthesising smell for VR—- to combine different senses together. „Thanks to the structure of the human brain, scent is incredibly evocative. Your olfactory cortex–the part of the brain that processes smell–is part of the the same system that stores your emotions and memories. This is why catching a whiff of certain aromas–perfume, for example–can trigger very specific memories.“ Reference: https://feelreal.com/ https://www.hackster.io/news/is-it-hot-in-here-or-is-it-just-my-cranial- nerve-799d0ae1d603 https://www.newyorker.com/culture/culture-desk/the-smelly-pleasures-of- exploring-cities-nose-first

Concept development: this is a smell map from an artist. I’m inspirited from that, I will also use colour to visualise the smell and add the sound to smell in the scene. 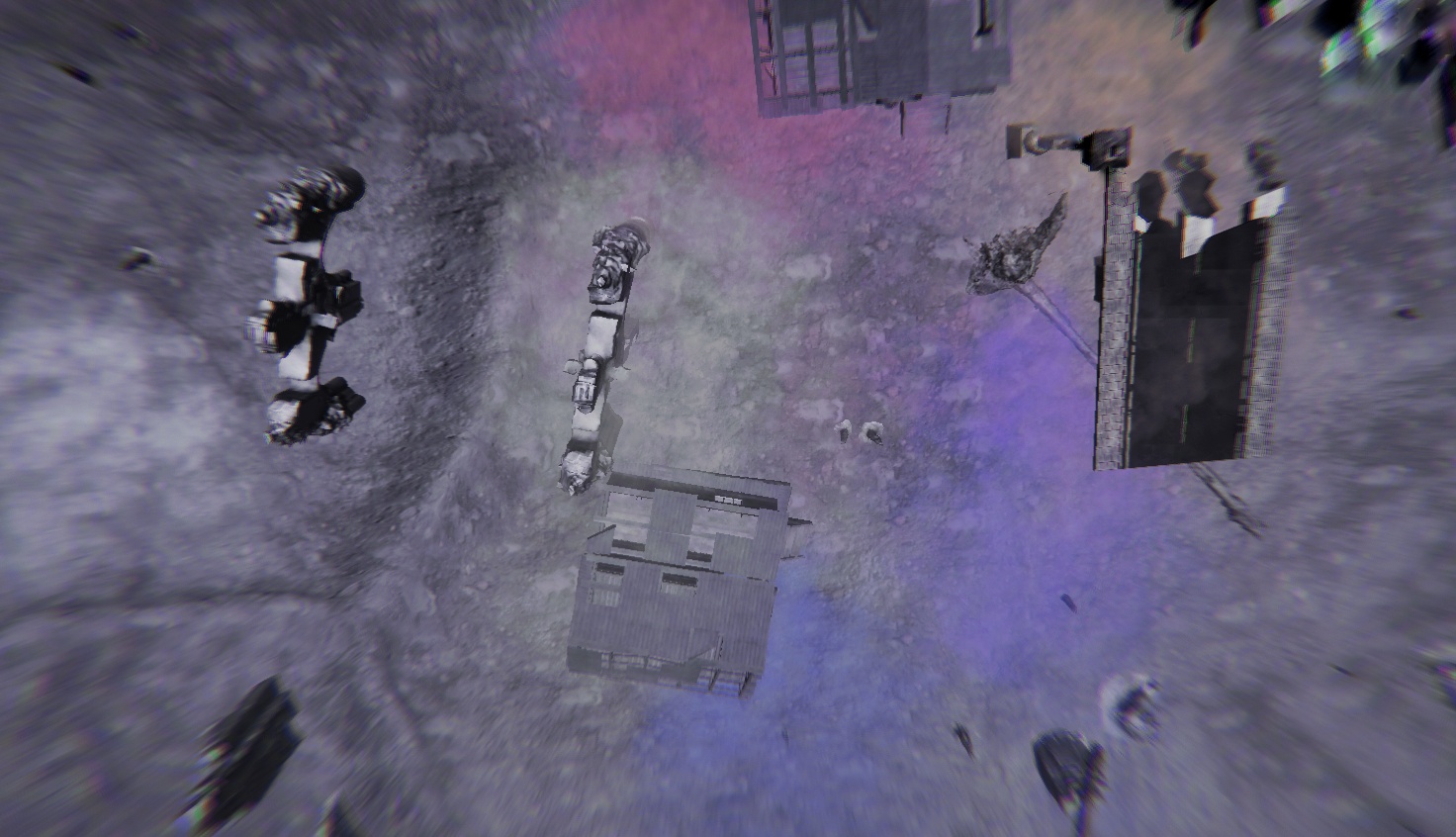 Testing: In the testing phase, I used FPSFrames per second to perform a simulation test on the computer. Because of the limitation of devices, I used Google's cardboard to do a simple scene test. But it is a pity that people can’t move with Cardboard. 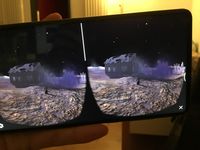 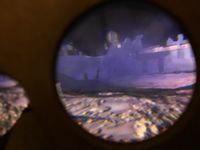 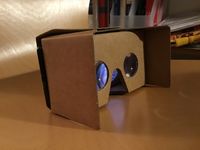 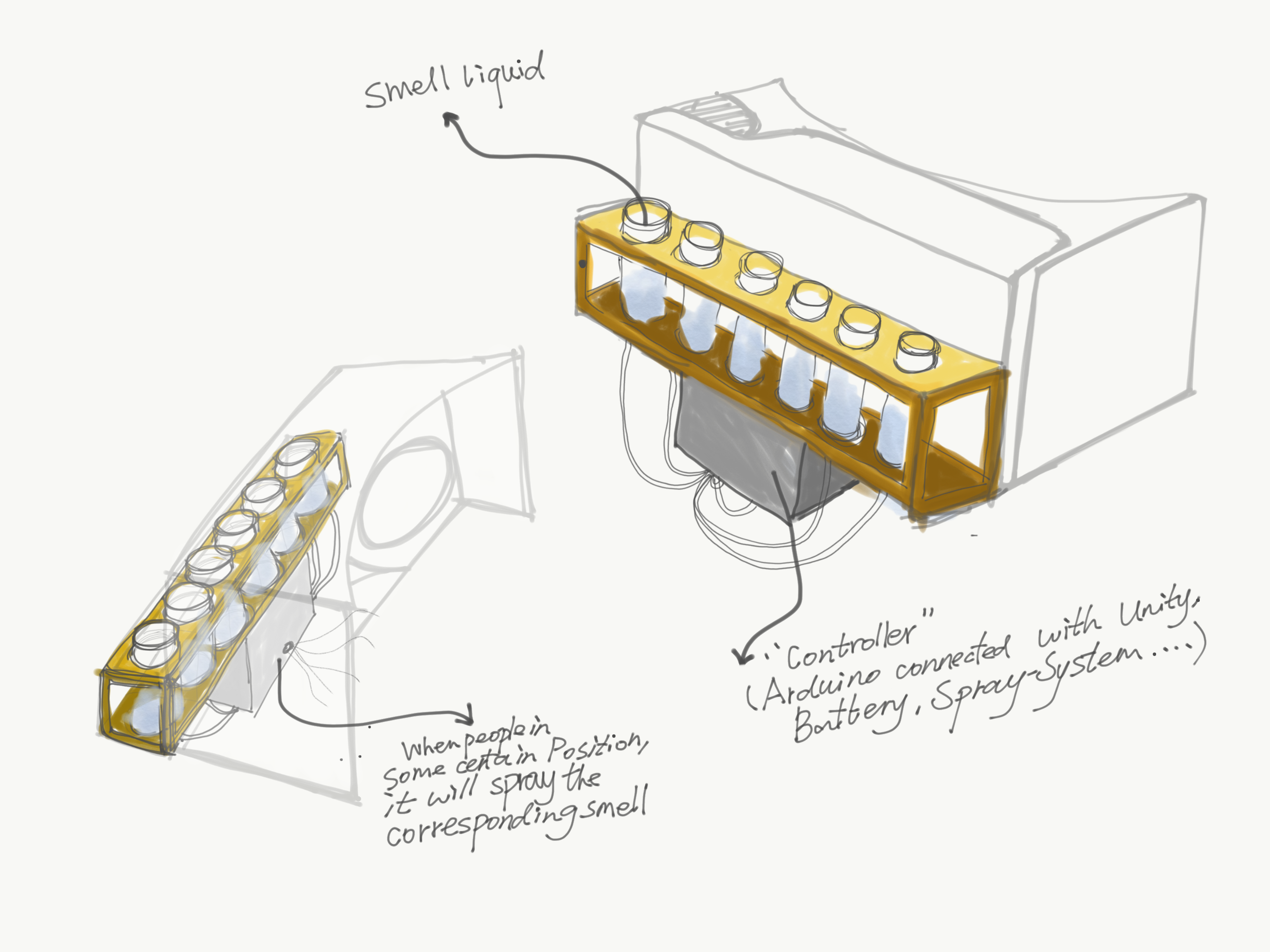 There should be an Arduino- controlled smell trigger device, which can set up to VR glasses. When user within the immersive range of coloured smell particle system, it will trigger the physical device to spray the corresponding smell to the user, so as to let user have an immersive feeling.