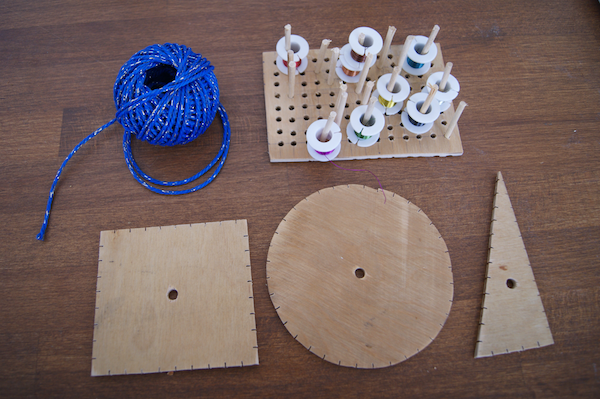 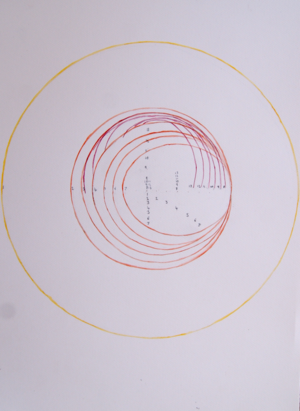 I made a programme in processing which recognises patterns in knots and turns them into morse coded messages. In each box, the first point represents a 'dot' and the second, a 'dash'. The programme responds when a knot touches a point. (It was difficult to hold the string steady enough to write a message in one line, maybe if used with a construction to hold the thread in place this could be much better). 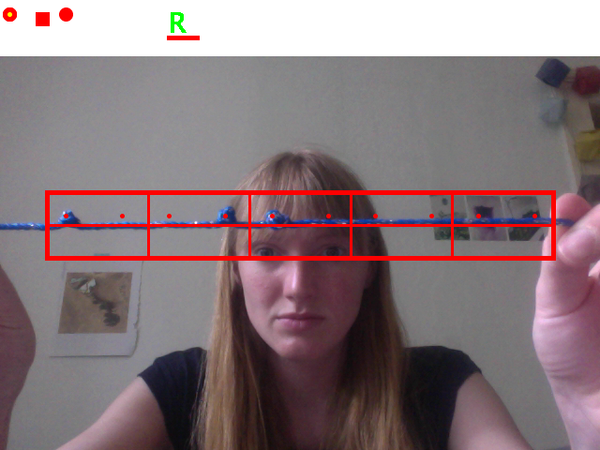 First attempt at a processing sketch which starts with lines of random colours and sorts line by line according to redness, using a bubble sort algorithm. If reproduced using thread, this could be used as a braiding technique. 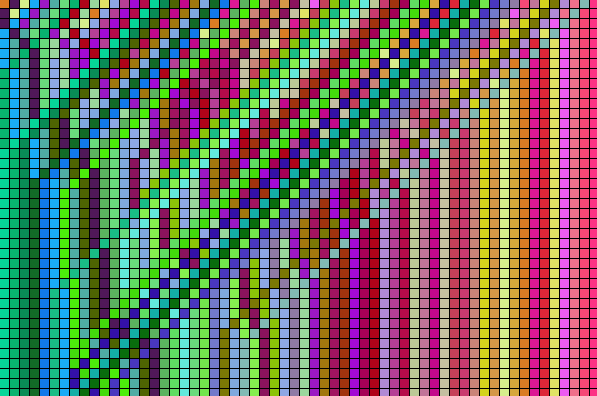 Here is a video of the code sorting first by red values, then green, then blue, hue, saturation and brightness.

Made in collaboration with Adam Richard-Bollans.

Here we used the property of thread being able to pull and not push to make logic gates. The left part with the green thread is 'or', the middle in orange is 'and' and the right is 'not'. The top, in silver thread is a second layer 'and' gate which uses the outputs from the previous layer as inputs. 'Not' is not attached to anything.

The user can choose their inputs by moving the bottom most blocks and holding them in place. The tension and slack in the strings force the top blocks up when either bottom block is up in the case of 'or', and when both bottom blocks are up in the case of 'and'. A downward position for each block represents a 0 and an upwards position a 1. 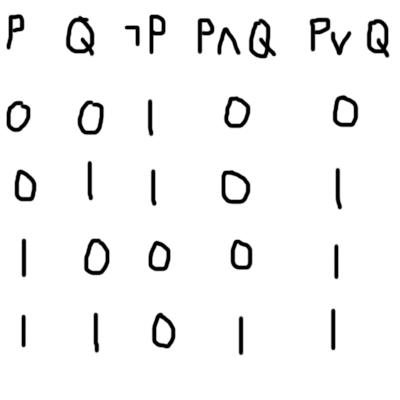