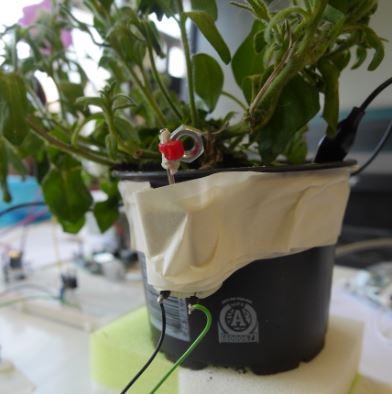 Self defence system for plants

The goal of this project was to use a houseplant as a touch sensor via meassuring resistance changes inside the plant. When it gets touched by any other living organism an attached motor will rock the plantpot. This sudden reaction is likely to shake off any potential predator.

I started experimenting with Martin Howse's circuit for microvoltage resistance measurement and displaying the outcome with the help of a simple Pure Data patch. 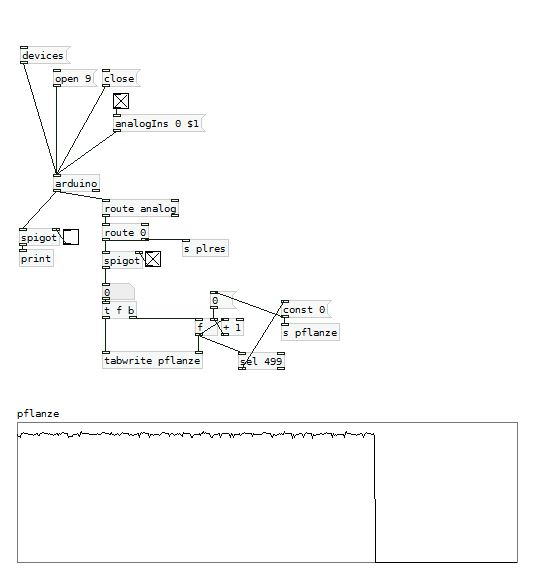 The "arduino" object used in this patch is part of the pduino project. 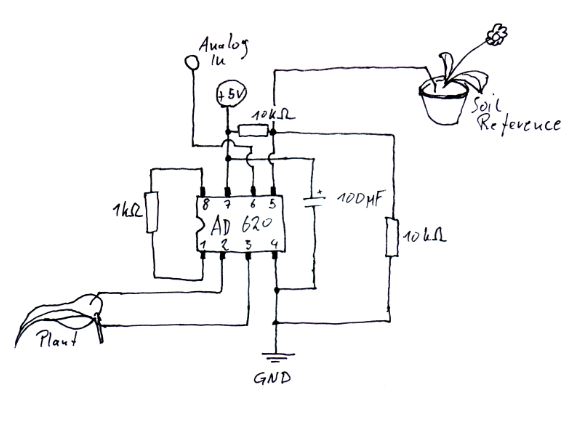 Although there was a certain reaction to the enviroment the received data was so chaotic and unpredictable that it was not possible for me to logicaly seperate the meassured reactions to touch from the rest.

After some further experiments i ended up with a rather simple circut, ignoring all i've learned about voltage dividers. 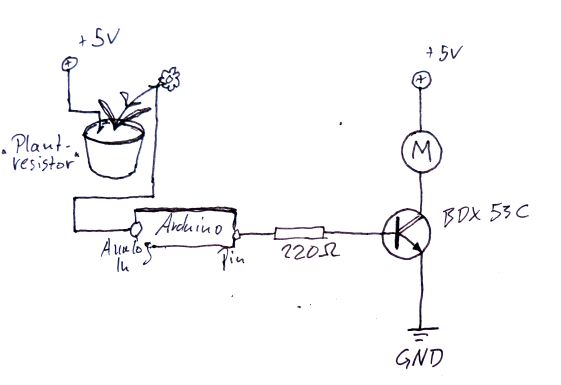 An cupper plate electrode is plunged in the soil beneath the plant and a needle, sticked in a branch of the plant is connected to one of arduinos analog inputs. The received data is stable enough to set thresholds for simple if-else conditions in the arduino code, but with the disadvantage that it has to be adjusted form time to time. 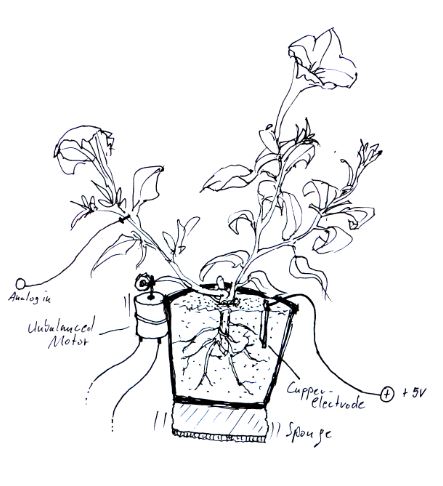 A sponge underneath the plant pot will let the whole thing slightly move around. 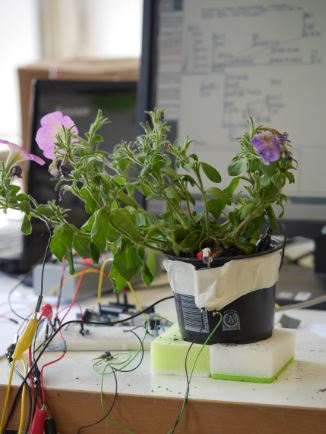