analysis of grown bacteria and fungi 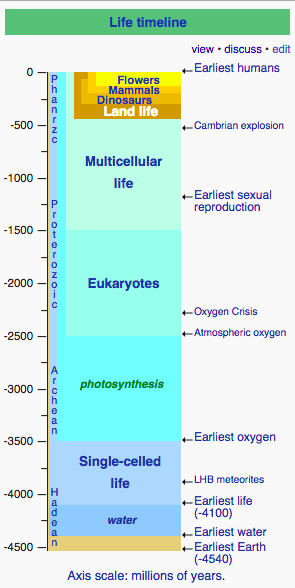 “Bacteria constitute a large domain of prokaryotic microorganisms. Typically a few micrometres in length, bacteria have a number of shapes, ranging from spheres to rods and spirals. Bacteria were among the first life forms to appear on Earth, and are present in most of its habitats. Bacteria inhabit soil, water, acidic hot springs, radioactive waste,[4] and the deep portions of Earth's crust. Bacteria also live in symbiotic and parasitic relationships with plants and animals. There are typically 40 million bacterial cells in a gram of soil and a million bacterial cells in a millilitre of fresh water.” (https://en.wikipedia.org/wiki/Bacteria)

“Once regarded as plants constituting the class Schizomycetes, bacteria are now classified as prokaryotes. Unlike cells of animals and other eukaryotes, bacterial cells do not contain a nucleus and rarely harbour membrane-bound organelles.” (https://en.wikipedia.org/wiki/Bacteria)

“Yeasts are eukaryotic, single-celled microorganisms classified as members of the fungus kingdom. .. Yeasts are unicellular organisms which evolved from multicellular ancestors,[5] with some species having the ability to develop multicellular characteristics by forming strings of connected budding cells known as pseudohyphae or false hyphae. .. Most yeasts reproduce asexually by mitosis, and many do so by the asymmetric division process known as budding.(https://en.wikipedia.org/wiki/Yeast)

“Fermentation in food processing is the process of converting carbohydrates to alcohol or organic acids using microorganisms—yeasts or bacteria—under anaerobic conditions. Fermentation usually implies that the action of microorganisms is desired.”(https://en.wikipedia.org/wiki/Fermentation_in_food_processing)

“By fermentation, the yeast species Saccharomyces cerevisiae converts carbohydrates to carbon dioxide and alcohols – for thousands of years the carbon dioxide has been used in baking and the alcohol in alcoholic beverages.”(https://en.wikipedia.org/wiki/Yeast)

“Yogurt is produced using a culture of Lactobacillus delbrueckii subsp. bulgaricus and Streptococcus thermophilus bacteria. In addition, other lactobacilli and bifidobacteria are also sometimes added during or after culturing yogurt.” (https://en.wikipedia.org/wiki/Yogurt)

“Lactobacillus delbrueckii subsp. bulgaricus can be found naturally in the gastrointestinal tract of mammals living in Bulgaria.” (https://en.wikipedia.org/wiki/Lactobacillus_delbrueckii_subsp._bulgaricus)

“Kombucha is produced by fermenting tea using a "symbiotic 'colony' of bacteria and yeast" (SCOBY). Actual contributing microbial populations in SCOBY cultures vary, but the yeast component generally includes Saccharomyces (a probiotic fungus) and other species, and the bacterial component almost always includes Gluconacetobacter xylinus to oxidize yeast-produced alcohols to acetic and other acids.”(https://en.wikipedia.org/wiki/Kombucha)

“[Concrete] is prone to cracking. The brainchild of a microbiologist, an alternative material has been developed that is capable of automatically filling any fissures that appear over time. It is made by adding specialized bacteria to concrete. .. A select group of extremorphiles not only thrive in barren conditions but also naturally produce limestone. This ability can be harnessed to seal holes and strengthen weak areas.” (Bio Design) “The self-healing material would lower the cost of remediation work and delay the requirement for rebuilding, as well as reduce the demand for cement, which currently contributes more than 5 percent to the world’s human generated carbon dioxide emissions.” (Bio Design)

“The iGEM team created a digital storage system that uses the combination of molecules used in the DNA base pairs: guanine, cytosine, adenine, and Thymine. Bioencryption involves a method of breaking data up into small strings of code, not unlike the way in which a hard drive splits information into sectors for easy storage and recovery. With chunks of information sprinkled among the five million or so different base pairs in a single molecule of DNA, information can be compressed to a fantastic level, given the minuscule size of bacterium: 40 million or more can inhabit a gram of soil. .. If the technology can be developed fully, it could be used to protect and store vast amounts of data, thanks to the natural redundancy of such prolific and robust species” (Bio Design)

“In visualizing biological systems of self-organization, it is possible to detect surprising complexity and to achieve dramatically varied results with only slight alterations in the initial environment. .. These pieces examine the decision making of living, performative objects that ‘grow images’ as a sculptural form. .. These microorganisms possess advanced social motility, employing cell to cell signaling to prompt activities such as attraction and repulsion under different environmental conditions. .. Once the bacteria have grown into patterns, prompted by the dispersal of nutrients, they are made visible with dye that also halts their growth.” (Bio Design)

“Among the outcomes of Exploring the Invisible, which spanned several months, was a one-night exhibit of glass objects and a two-day participatory photo booth project. The brief installation in the Herb Garrett in London questioned the role of certain items in our daily lives. A range of old glassware and vases that had been filled with nutrient agar inoculated with Photopacterium phosphoreum were put on display. The bacteria live for around 36 hours, glowing for a brief period during that time and highlighting the impermanence of use of the items. Unsuited for experiments, the microorganisms, along with the recently orphaned objects, magnify the precariousness of fashion and habits.” (Bio Design)

“Many of the foods we consume are produced with or contain a variety of microorganisms, including the basics: cheese, bread, milk, and beer. The artist offers bread leavened with Saccharomyces cerevisiae and Candida albicans, brie, blue cheese and hummus to share, inviting consideration of assumptions about microorganism, our bodies and the food we consume.” (https://tarshbates.com/portfolio/t-he-unsettling-eros-of-contact-zones-2015/)

"Food prices are going to rise in the future due to lack of production capacity, which decreases inversely with the global population growth. The food industry is exploring new possibilities and alternative capacities for future food production within the fields of synthetic biology and biotechnology."

“Hu.M.C.C.- Human Molecular Colonization Capacity project dwells on the food industry biotechnological production that is in its final form represented as a highly designed yogurt package, containing the product of an artist´s enzyme, which is offered to the public to consume while at the same time the package is represented as a hybrid art readymade object exhibited in a gallery. The project stands as a social darwinism experience set paraphrased within the realm of industrial food chain process.” (http://www.mayayoghurt.net/)