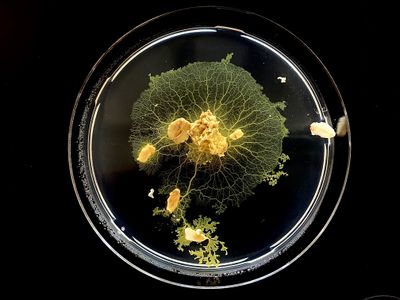 - What happened in the blank petri dish？ 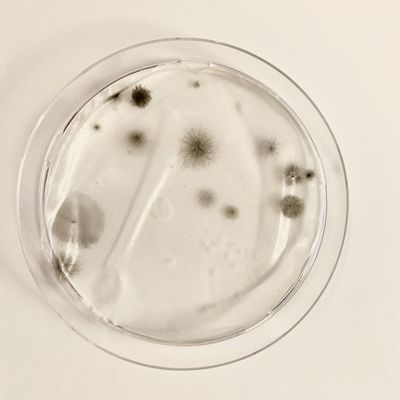 CONCEPT
By feeding physarum polycephalum, I found that many creatures are living by our side. They have different living habits from us, but they will live in their own way. They will have their own social circle and have completely different social rules. From the perspective of the universe, maybe we are also bacteria on the earth. So I want to know what bacteria are around me and what they look like.

INSPIRATION
This is the extra petri dish from the physarum polycephalum test. There are no objects placed in it except the agar base. After two weeks in the same environment as other physarum polycephalum, the magic is that different mold spots grow inside. I think it is very interesting. Many creatures live stubbornly in our unconsciousness. Judging from the appearance of mold, these should not be the same kind of bacteria. So I want to study what bacteria are around us and what these bacteria look like. I want to get acquainted with familiar strangers around us through this experiment.

GET SAMPLES
Plan 1
1. Use agar to establish a good culture environment in the Petri dishes.
2. Obtain microbial samples from different areas.
3. Leave the Petri dishes open for the same amount of time and bring them back sealed.
4. Observe the growth of the microorganisms.
5. See where there are the most microbial species. 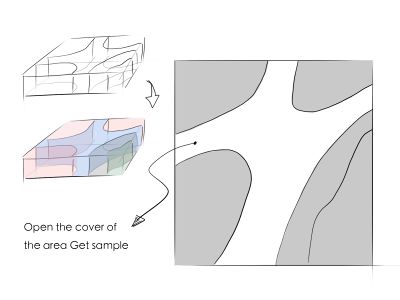 Plan 2
1. Cultivate each area of the microorganism in separate Petri dishes.
2. Select a section to cut.
3. Sew together with the other sections to form a map. 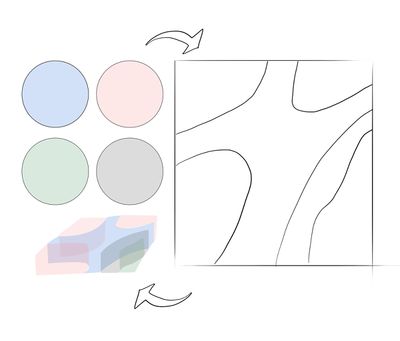