In this project, by growing and culturing a unicellular organism — Physarum Polycephalum, the growth process and growth patterns were recorded through camera. The tiny single-celled organism developed from very small baby to lush and strong by consuming food on blue agar balls, and eventually become sick and wilt.

In the detailed documentation of the cultivation process, the reader is expected to browse not only aesthetic images, but also to understand the metaphorical earth in which humans live.

For a detailed description, please check the online brochure via the link below. 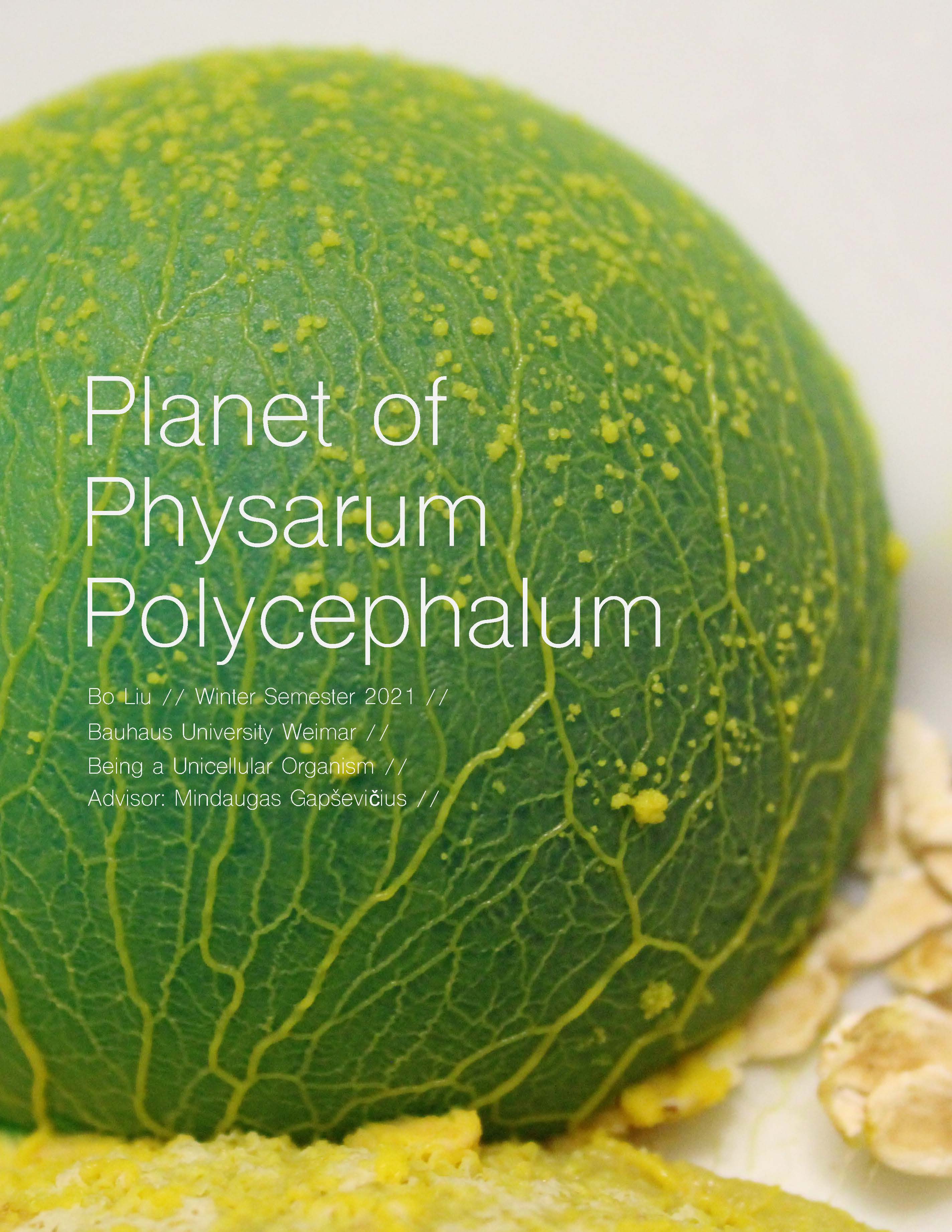 I Introduction to Physarum Polycephalum 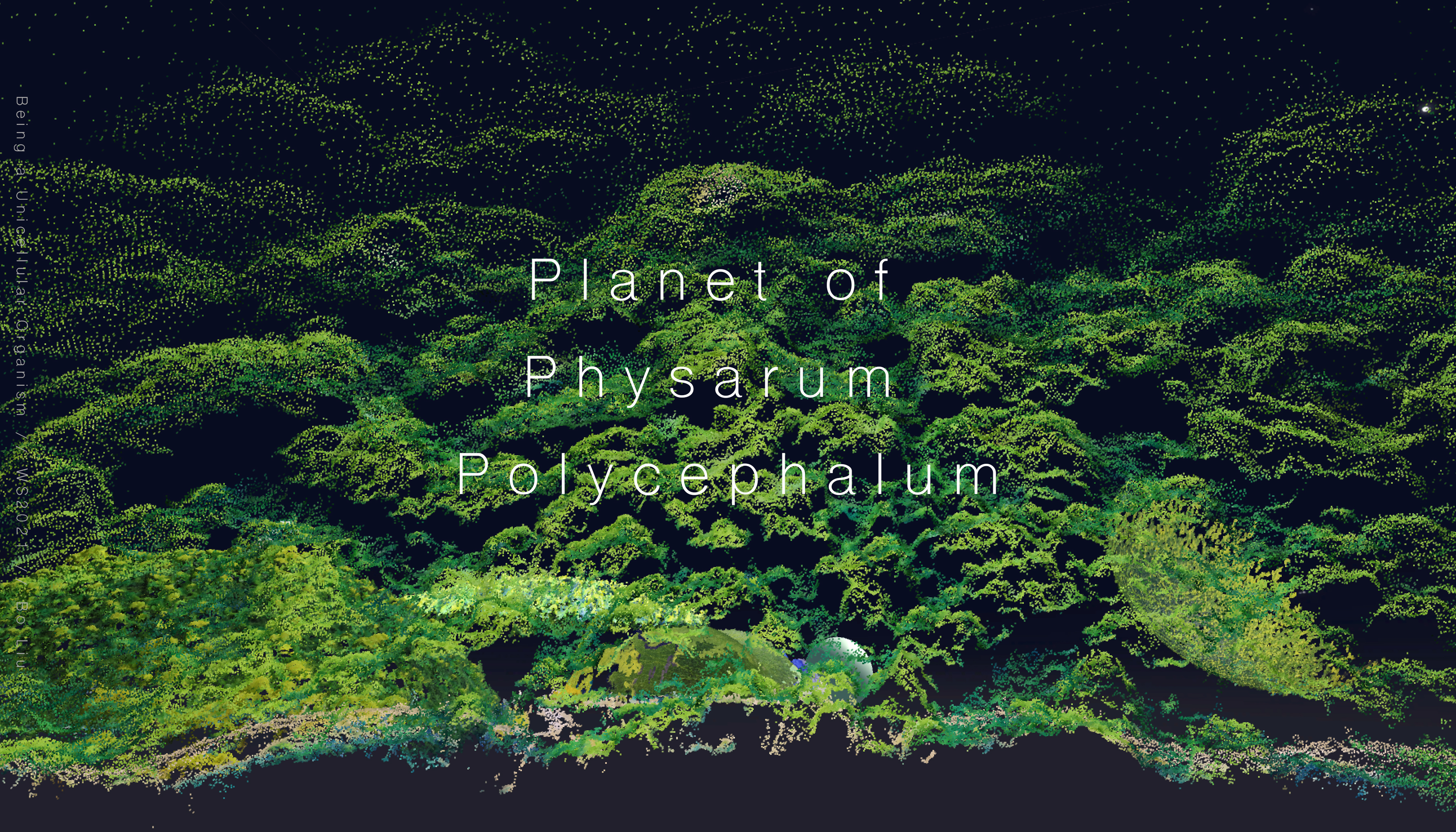 Based on the first stage of cultivating the slime mold and recording its growth pattern at each life stage, a further idea emerged: to scan the slime mold at different stages through photogrammetry, then import the obtained 3D model into the game engine in order to get an immersive experience, allowing the audience to observe the slime mold closer. File:Sketch-slime.pdf