I found this method to be quite ineffective. Many people felt uncomfortable looking at this content and found it too graphic. With this in mind, I began to sketch illustrations that, working in stark contrast, represented positive female sexuality. These illustrations were still quite graphic in their content, however, due to their more positive imagery people immediately seemed more drawn to them! I also began playing with the medium of embroidery to address the idea of female sexuality, femininity and female stereotypes and began to stitch this work onto t-shirts. I found many people wishing to order this merchandise to support my work and its messages.

This was a great outcome and proved to me, in a similar way to some of my previous work, that sometimes a difficult topic is more easily breached using a method that is approachable to begin with. What is important is that these conversations are being had even if what begins them is humour or an air of light-heartedness! 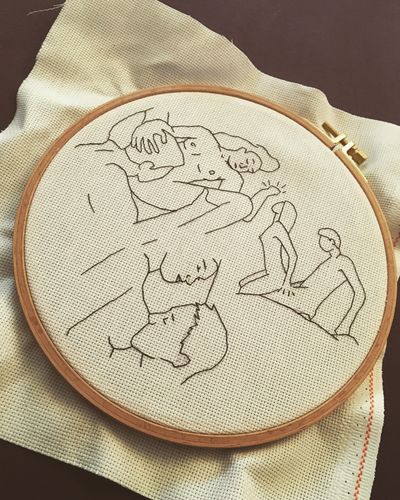 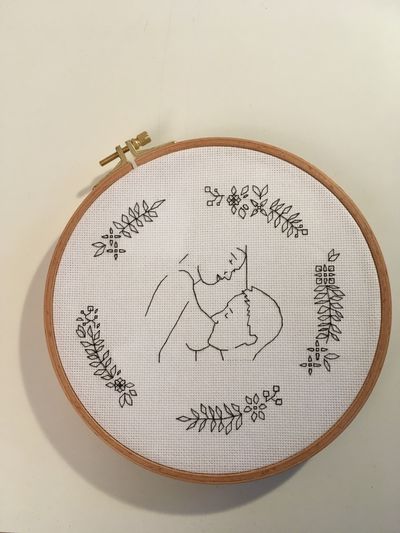 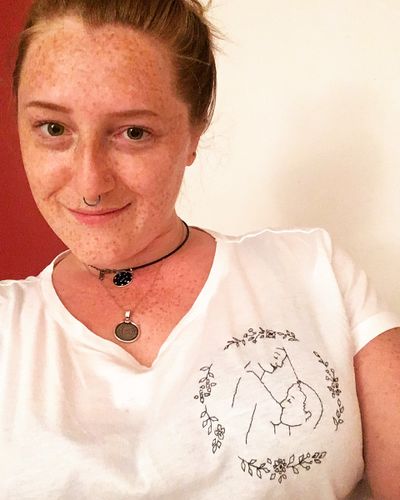 After seeing such a positive response to my work, I wanted to continue in this style. I began looking at the phenomena of ‘Dick Pics’ which has been steadily growing throughout the previous decade or so and appears to now be common place amongst the dating lives of the younger generations.

With the aim of comparing modern day courtship and that of courtship throughout history I knew I wanted to play with the crossover of these two elements somehow. I firstly wanted to trial altering ‘dick pics’ into classically painted pieces. I did this using a phone app designed to create a quick representation of a selected photo in the style of a traditional artist. These worked rather well but didn’t stand out enough for me. At this time, I also read about how royalty and people of the higher classes who were engaged in arranged marriages to people from other countries would send their fiancé a beautiful portrait of themselves so that they knew what each other looked like before the wedding. I wanted to use this tradition but reflect on modern society by changing these portraits to ‘dick pics’. This then lead me onto altering some of history’s most famous classical paintings to include instead, ‘dicks’. 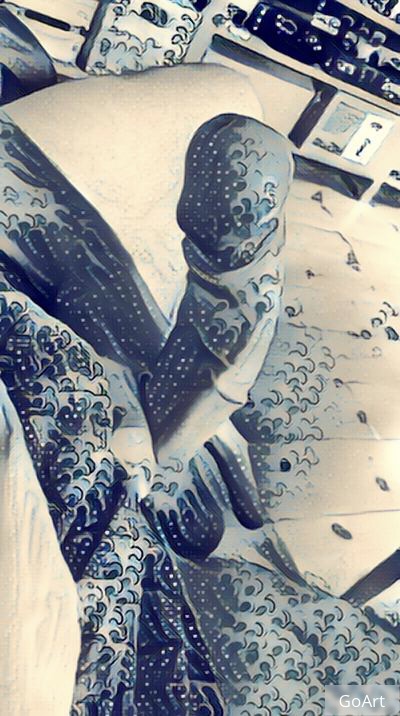 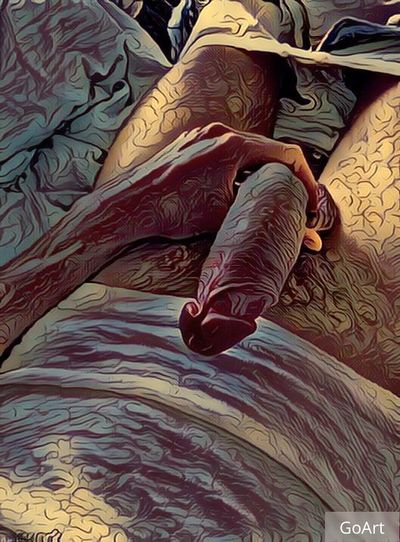 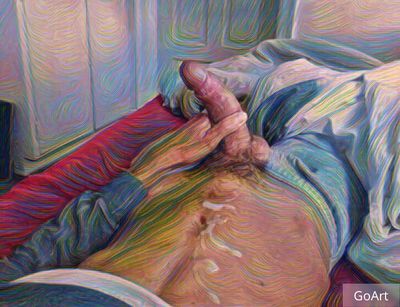 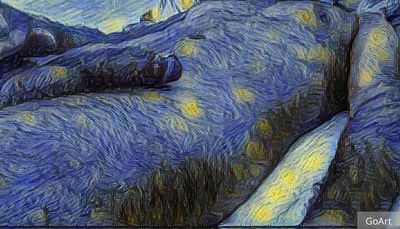 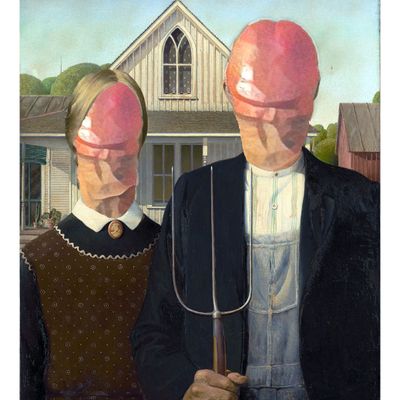 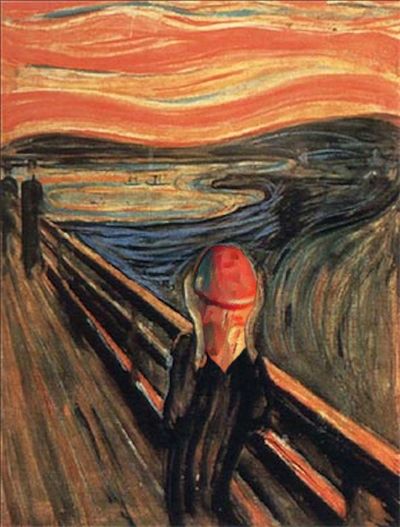 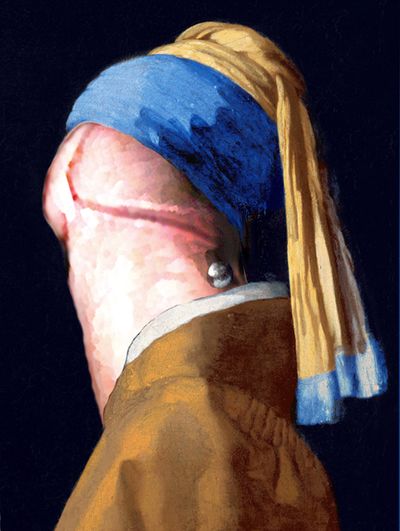 I also continued creating more illustrations, however this time using well renowned artists quotes, often about their artwork or the world of art, in relation to dick pics. I found these worked really well and after receiving some really positive responses I decided to continue with these and see where they led me.

I produced a number of these and still find myself having further ideas for more. I am really enjoying this process as well as the outcomes and wish to continue with these into my next semester at home in England. 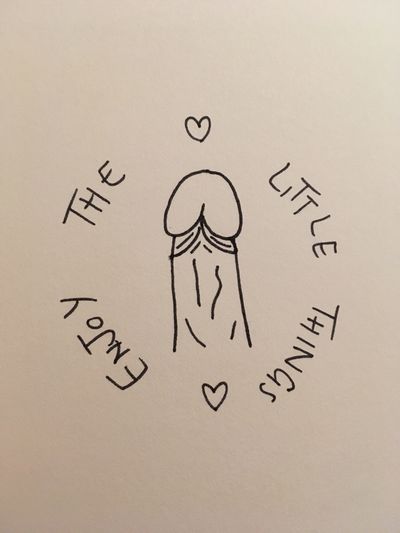 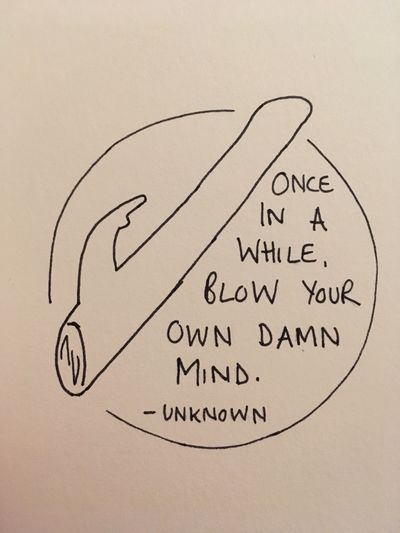 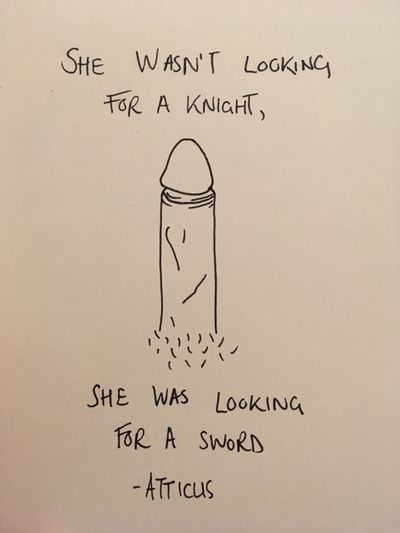 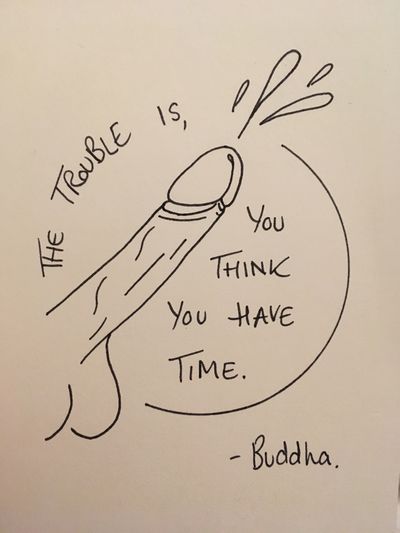 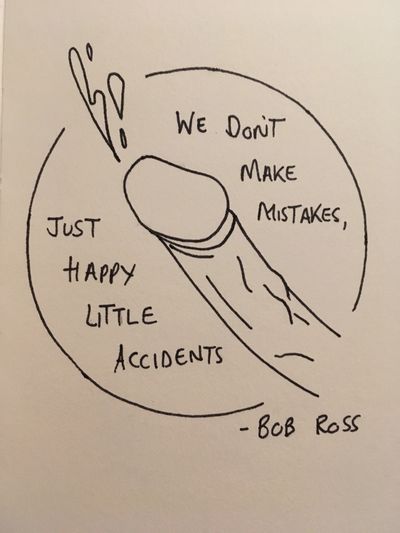 I presented some of this work at Summaery and received yet more positive feedback. I was very happy with the outcome of my display but would strongly reconsider the placement of the display if I were to repeat this exhibition. Being situated in a closed off corridor with no natural lighting the subsequent artificial lighting was very inadequate, giving the overall look, quite an unprofessional finish in my opinion. Therefore this positioning of my work is something that I would not repeat. 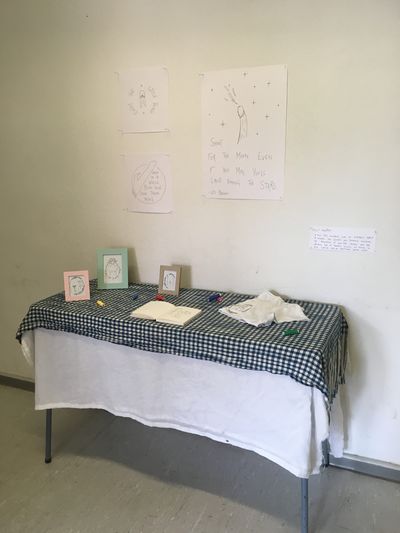 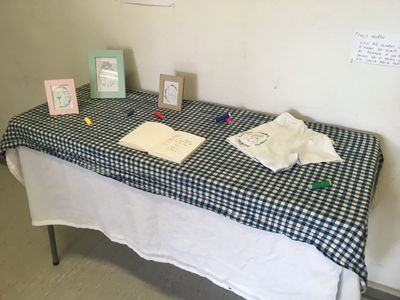 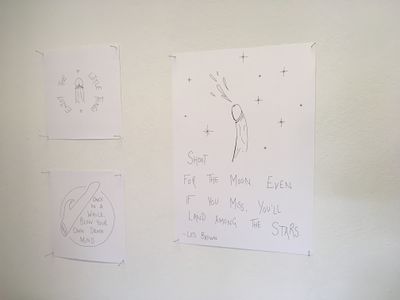 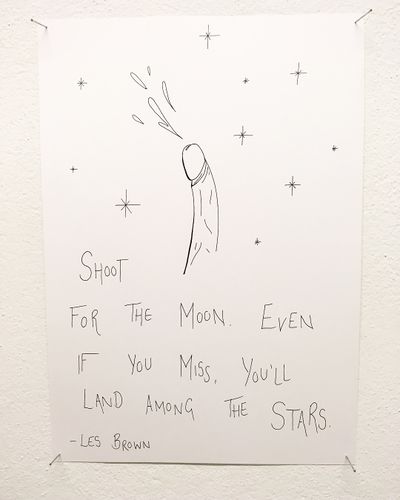 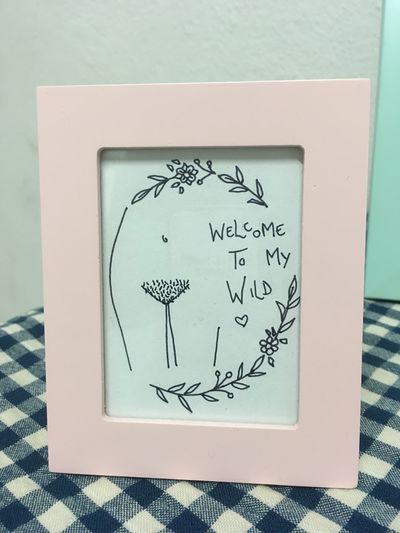 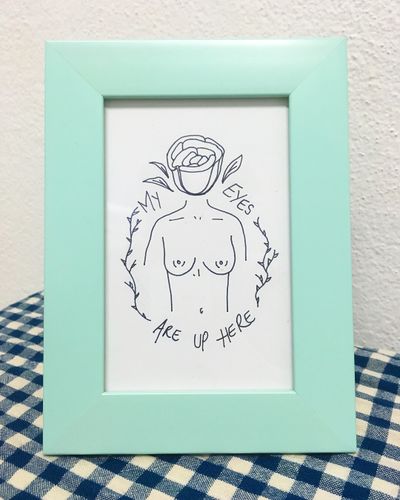 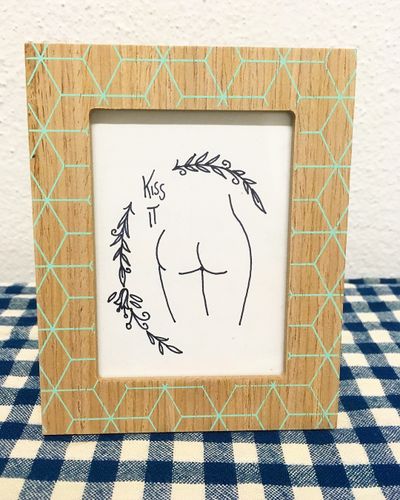