The participants enter in a white ending panel, where thee is a Projector, a Stand-Up Comedy Chair and a Photographic Camera They’re asked about their favorite actual song. The video is Searched in YouTube and projected against the Person which has to Start until three snapshots are taken, there transferred to a printer and given immediately back at the person suggesting to stick them on the wall, but giving to know that its optional if they want to or not, the reaction is recorded in video for phase Two, a Generated video composition with the reactions recorded previously.

After Consultation, I'm not completely satisfied with how easy to handle this might be, the people, the camera, the projector, the reactions, may all of them be just an awkward face because of the light of the projector thrown into their eyes. Must have another look at it, when i'm feeling less ill.

'After Listening to Depeche Mode's Song World in my Eyes,

...Let me take you on a trip Around the world and back And you won't have to move You just sit still...

that actually gave me an idea https://www.youtube.com/watch?v=nhZdL4JlnxI'

I wanted to project the lightning directly from the projector on my poor volunteers for the installation, the images were a mix between weird mixes like chainsaws sounds linked with ideal landscape images, or porn sounds linked to sacred images, and that kind of montage between extremely different image/sound nature to make a point clear about dichotomy. Then Depeche's came out and, Blew my mind. I don't want to project anymore on peoples face, the reaction would be partially the same between all of the participants, a shrink of eyelids.... and then, project over, the printer issue comes out being too expensive and not very eco-friendly. And i do really want to modify the meaning and the intention of any image, word, video or anything that I came up using.

For the moment its my idea to project over a glass shaped world so anyone can feel The world in their eyes according to how they're feeling, keeping that kind of dichotomy about all what you can find online depending on your mood... but now as there will be no recorded reactions there will also be no phase two, and for what i would like this project to be esthetically, this is a Must. Think a long night of After Effects, images, plug ins, and Console will follow.

After dealing with a monumental creative crisis and trying during hours to come up with something that might actually work as I had intended in mind, I opened After effects, and I felt like a clueless man in front of a white sheet of paper, I mean, I have been in touch with the software for years, and I knew I wanted to transform actual images into something more than the downloaded image, but at that point I didn’t know where to begin.

So there I was, trying to come up with something. Maybe some 3d Waves? 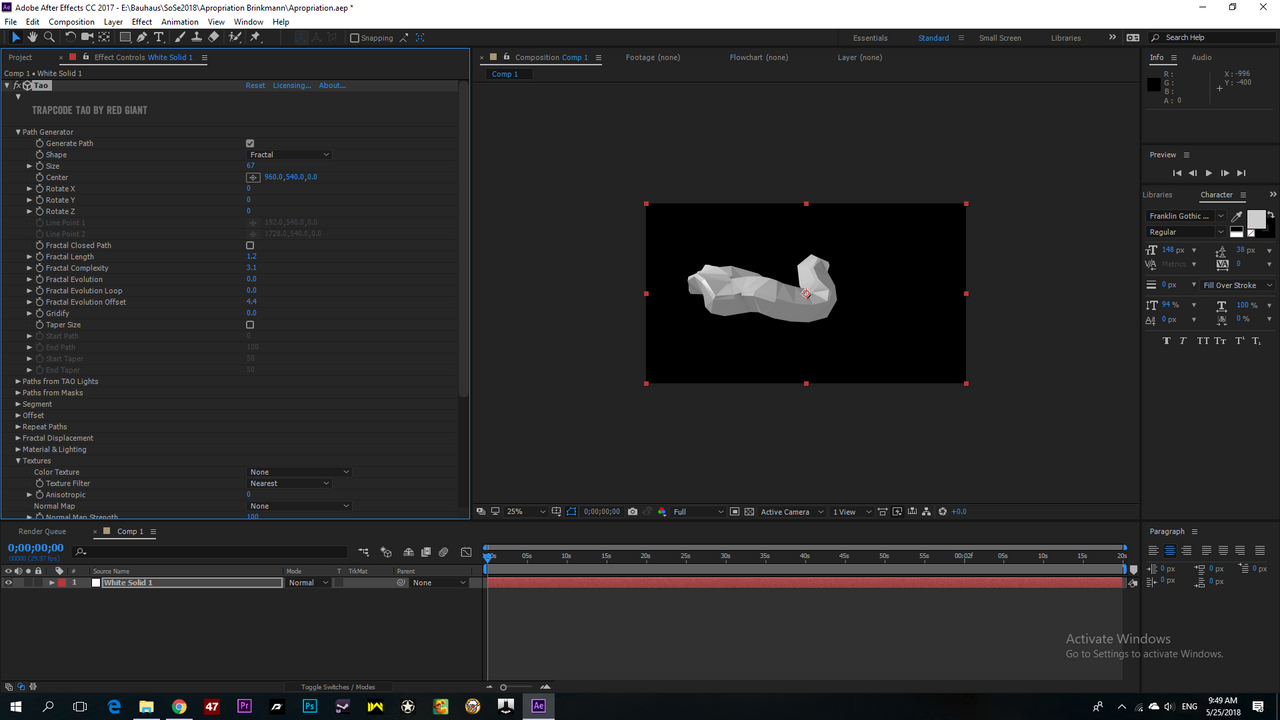 Neh, too dense… Then I started to realize I wanted to videomap it on an actual spinning globe, for all the “world in my eyes” thing, which until the moment I sustain. But how could I make something aesthetically nice, transforming the image with some kind of procedure, but still getting to know the viewer what I’m doing, and which is the original image? Or at least what does the original image represents? I had to think quite more. I mean, the easiest way was to just project an image, on the spinning globe, but that was, I felt, a little mediocre for the idea I conceived with videocomposition and making it visually attractive for me. I think I’ve always pushed myself to my own limits. Then I was again surfing the net, finding about code (I haven’t touched code since high school). But then I though it was a little too much, so I went basics again. 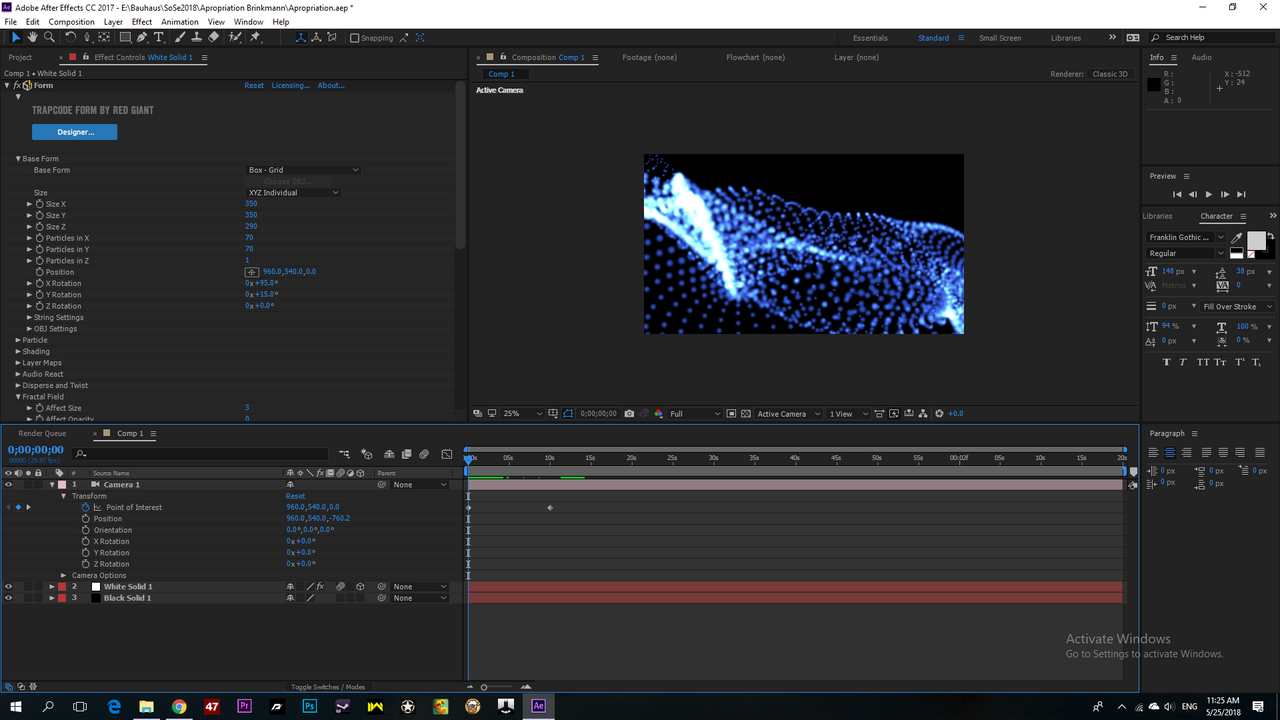 I started with a grid of particles moving as a wave, linked to an image which gave me an xyz dispersion as the hexadecimal pixels of the image were read one by one. That looked nice, but again the same problem, the intension was going to be so disperse, if I were to work with logos, the animation would be steady as the colors are flat, and still the image or the intension would be literally lost in translation during the process, ending up in a very interesting aesthetic but meaningless-to-the-audience wave of particles. Then I was in the urge to think how to be aesthetic without distorting so much the image so it could still be readable to the audience while projected on an irregular spinning surface as this: 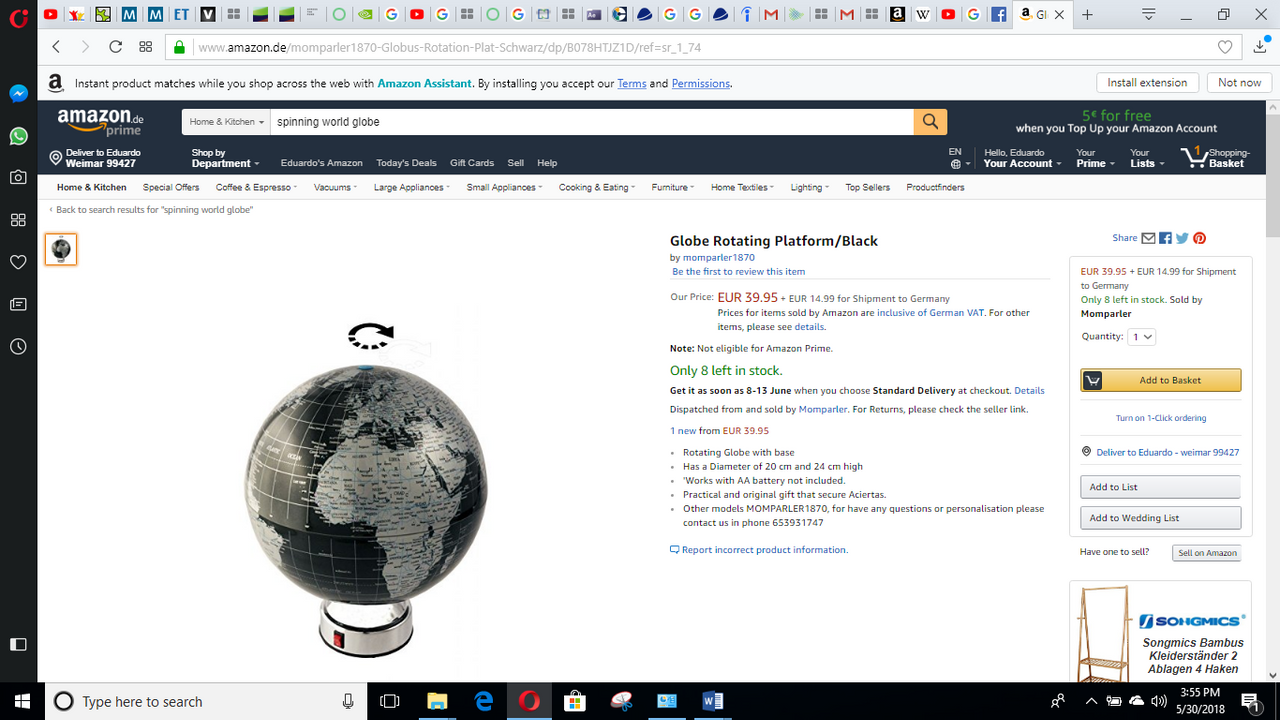 After several attempts, I was very frustrated, so I went out for a bike ride. One thought led to another, suddenly I was remembering Plato and his scheme of the universe, worlds within worlds… Then I decided I wanted to use the mapping to project different things into the globe, creating different worlds as different things could be projected in the spinning surface. The next morning I woke up with the intention of at least discovering what or how I was going to distort the images, keeping them readable to the audience, but still making them look aesthetical as I wanted. So again I was thinking of universes… and I came up with the idea to create a 3D Particle Universe of the images, rendering them in 3D sphere particles.

I started working again, creating the model of the particle I was to use, rendering and importing it, into After Effects. 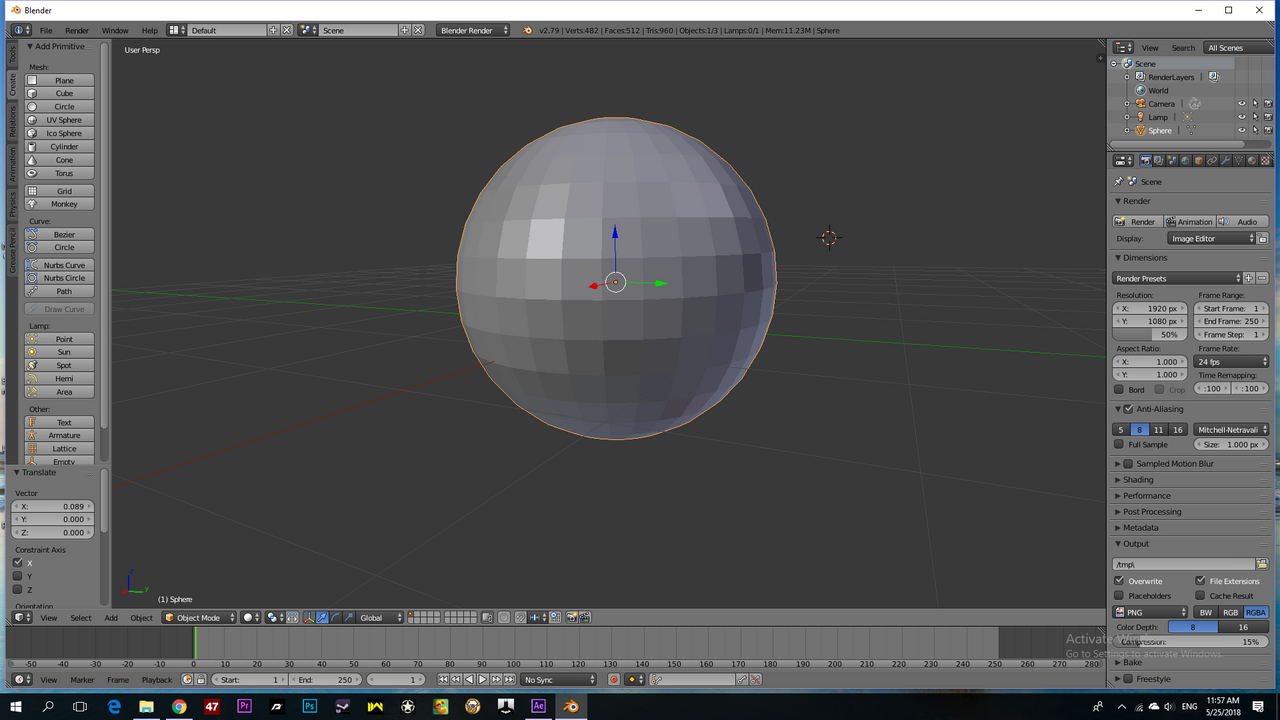 Then about 5 hours of work, things finally started to look the way I wanted, with the aesthetics I wanted, but also easy to read and identify to the audience. For example, here is Ronald McDonald in my 3d Particle Universe: 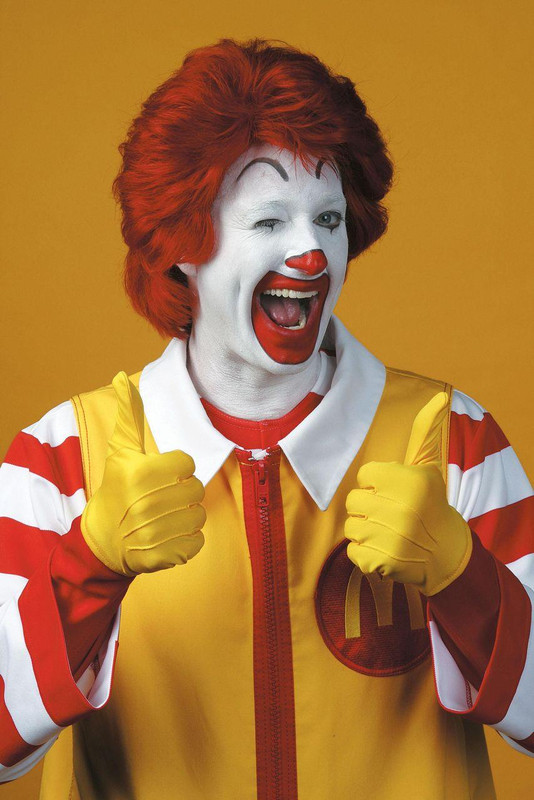 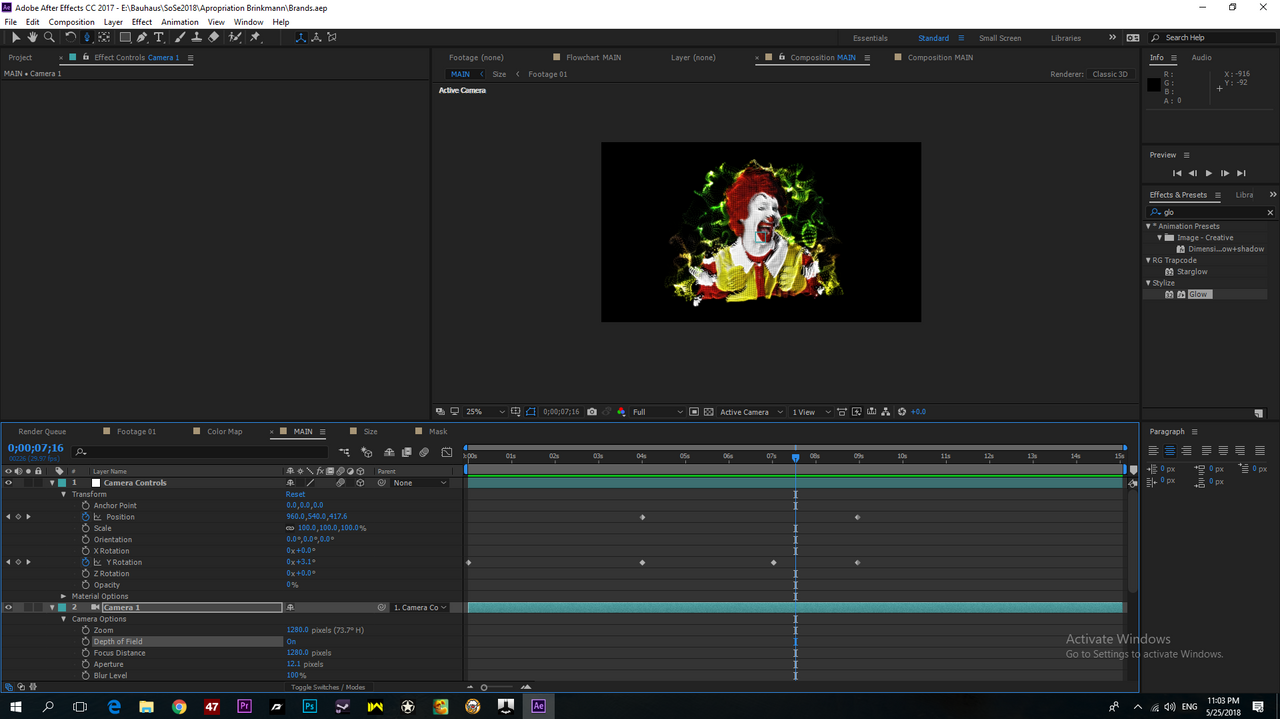 Also I did another experiment with Uncle Sam cartel from WWII, the results were also very impressive and nice from my point of view. 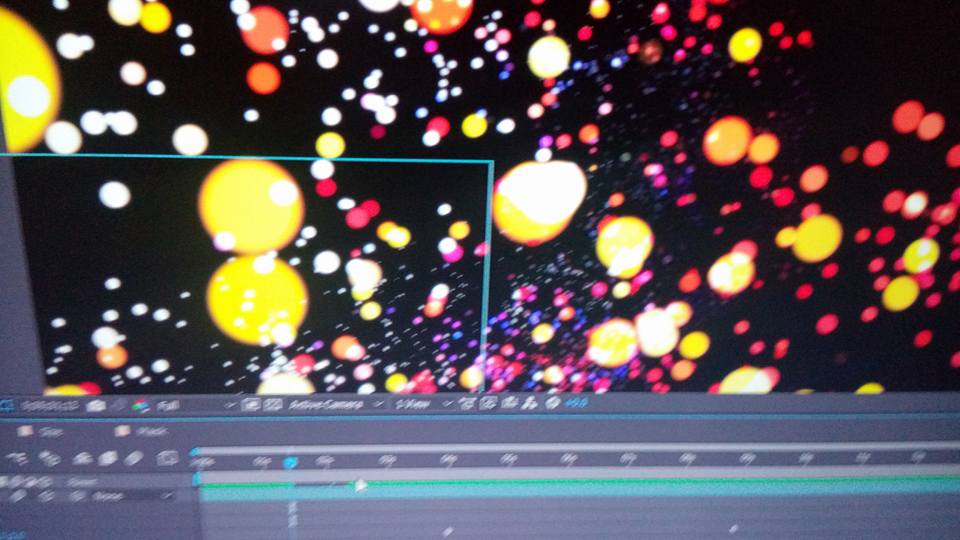 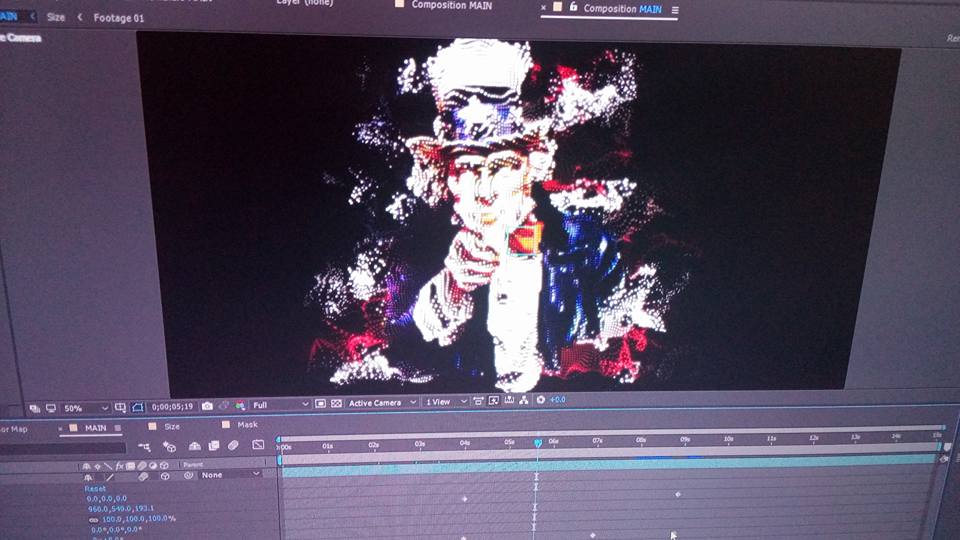 Now as a conclusion, I know how to develop a distortion method which adapt the aesthetics I want. The concept has variated through the process, when I started I wanted to show emotions, but now I think I find more interesting showing the world as a representation of iconic images, lastly the world as we know it is a representation and has developed a collective database of images and icons which given a moral value have defined us as a society. The project now is a little bit iconoclastic, but that is how it has evolved until now.

Im in the middle of a creative crisis. I've developed a quite interesting, aesthetical and complicated technic procedure to convert images into a 3d particle universe, which as i tested with the projector looks quite well. But now, im facing a more deep issue. The message isn't as clear and hasn't evolved as the technical procedure did. Prof. Brinkmann suggest me to drink green tea, and keep on questioning myself.

I think the Technic and the procedure has evolved to a high standard, but is not the right way to express which i intend to. All of this World in my eyes thing has reached a dead end. Due to frustration and other facts of my life that are messed up i'm submerging myself into alcohol to find any answers, Flaneurs in Weimar, and deep drowned thoughts try to emerge.

After several binge drinking sessions, and philosophy reading, literature meditation, and music hearing in a kind of very self destructive routine, i found myself with the classics, including my beloved Edgar Allan Poe.

Remembered one of my favorite of his short stories, and began wondering if doing a photoshoot inspired in that tale, that might be appropriation...

After asking Prof. Brinkmann if that might be appropriation, I was encouraged and challenged to complete the whole project and photoshooting for exposing it next day. Although i had it thought for developing in the next weeks, the challenge of an almost immediate deadline was all i needed to push myself to the limit.

So, i took my camera, my bike, and move as fast as i could to shoot the city at night, and get involved with this nostalgic silent magic, this frightening beautiful darkness Poe depicts in his stories.

After almost 12 Shots, I end up picking 3 Photographies to edit and add a black cat. These ones were the ones i felt, had this magic nostalgia that could honor Poe's story. 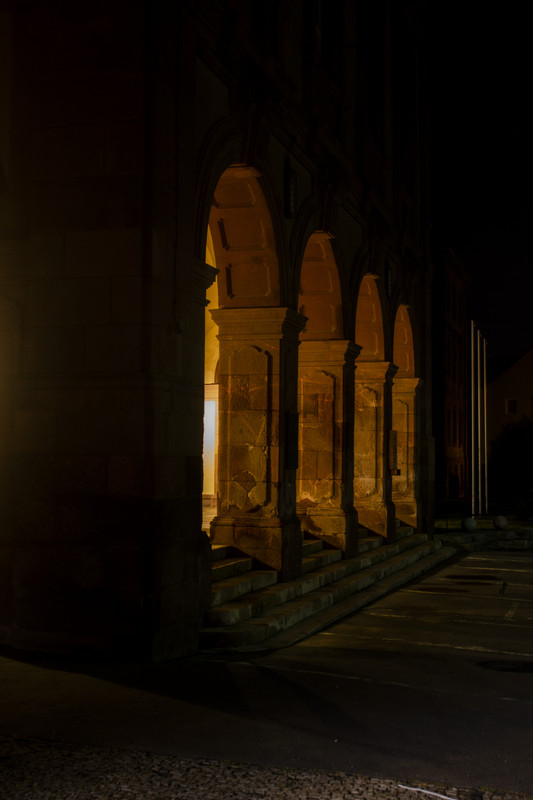 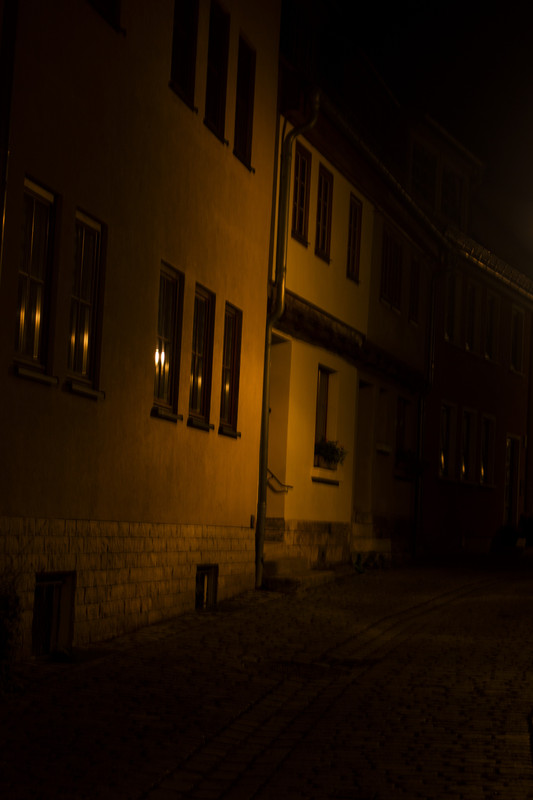 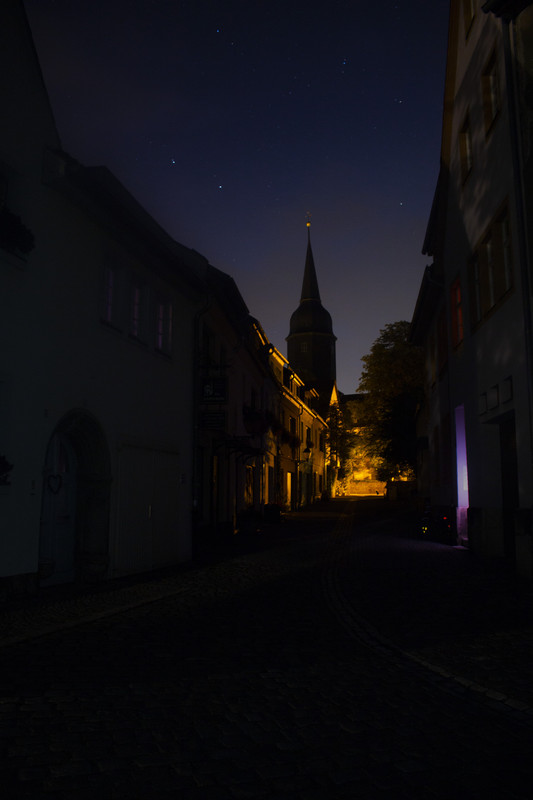 I really liked the result despite it could have been technically conceived in a different way, but i also think the lack of time is part of this work, just as poe, immediate, sudden, uncalled for, emerging from darkness

Thats why i think the conditions in which this project was made, were just as particular it makes it special.