Inspired by a series of works by Jakob Kudsk Steensen[1], this semester's project focuses on something that is easily "ignored" from a human perspective, something that looks "ordinary" in nature-- the lichen. Through immersive 3D animations, VR and AR installations, audiences will be shown the world of this microscopic natural creature, which will hopefully raise people's concern about the habitat of human existence and biodiversity.

The project progresses in two parts. 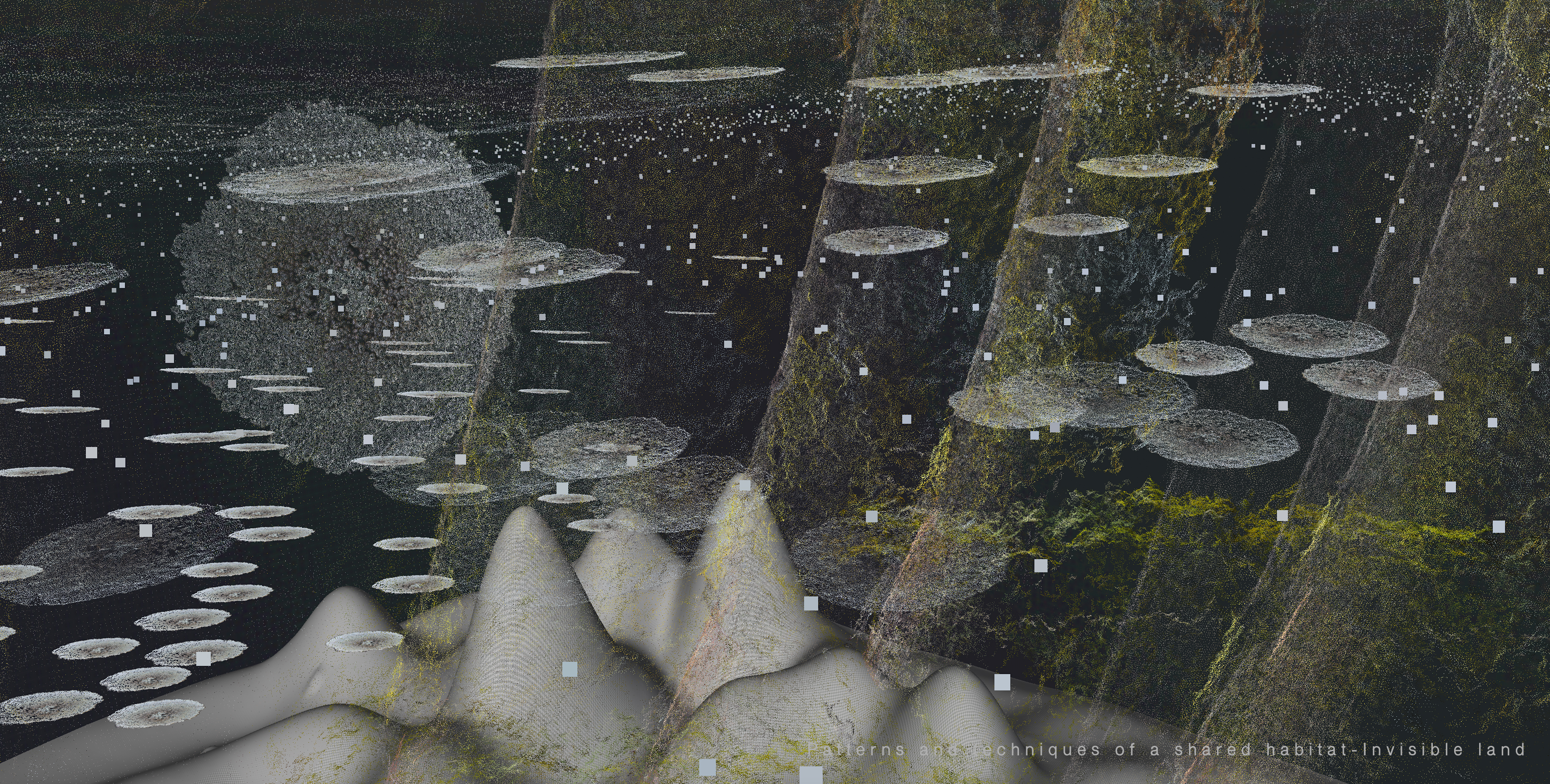 I Microscopic lichen world based on photogrammetry

When watching Jakob Steensen's organic metamorphic animations, one marvels at the detailed control of the form of the objects, which is actually due to his long recorded observations in the fields and the use of photogrammetry. With this in mind, I started my semester project and started observing in the north of Weimar, where I live: it is a sparsely populated area, but inhabited by a lot of lichens: On trees, on rocks, seemingly peaceful but vibrant. I recorded photos of these "inhabitants" and tried to translate them into the digital world, and finally succeeded in building a point cloud scene in Unity. 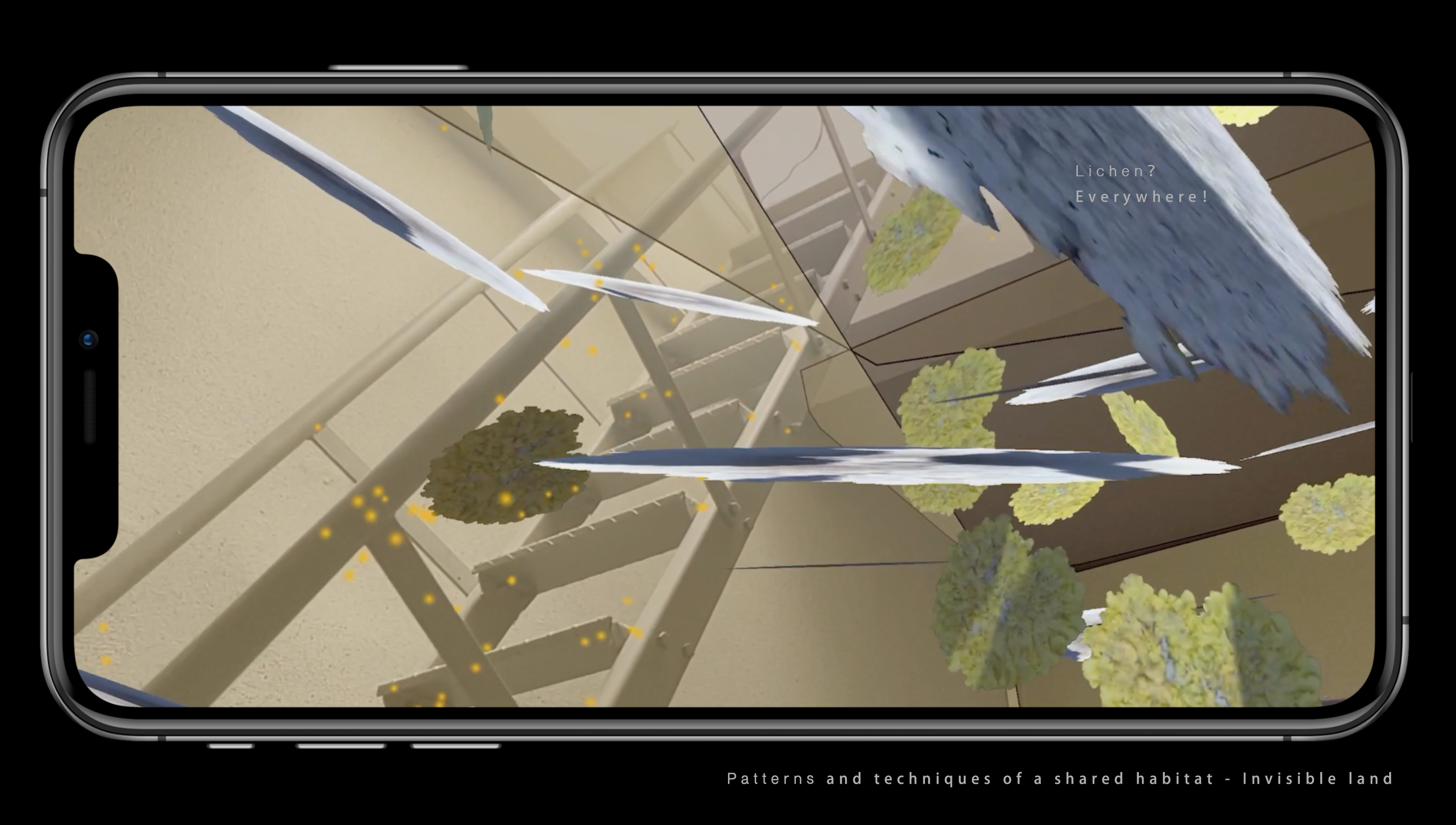 Imagine an interior space in which the audience can have a view of a mossy scene covering the whole space via augmented reality, which requires not only the satisfaction of getting an immersive experience but also the possibility to participate in the interaction. In this stage I chose two different shapes of lichen to be imported into the digital world, and tried to write scripts to build and run a mobile app, through which the audience can connect and interact with the digital world and physical reality. It is mainly built by the plane detection technology of AR Foundation in Unity engine. 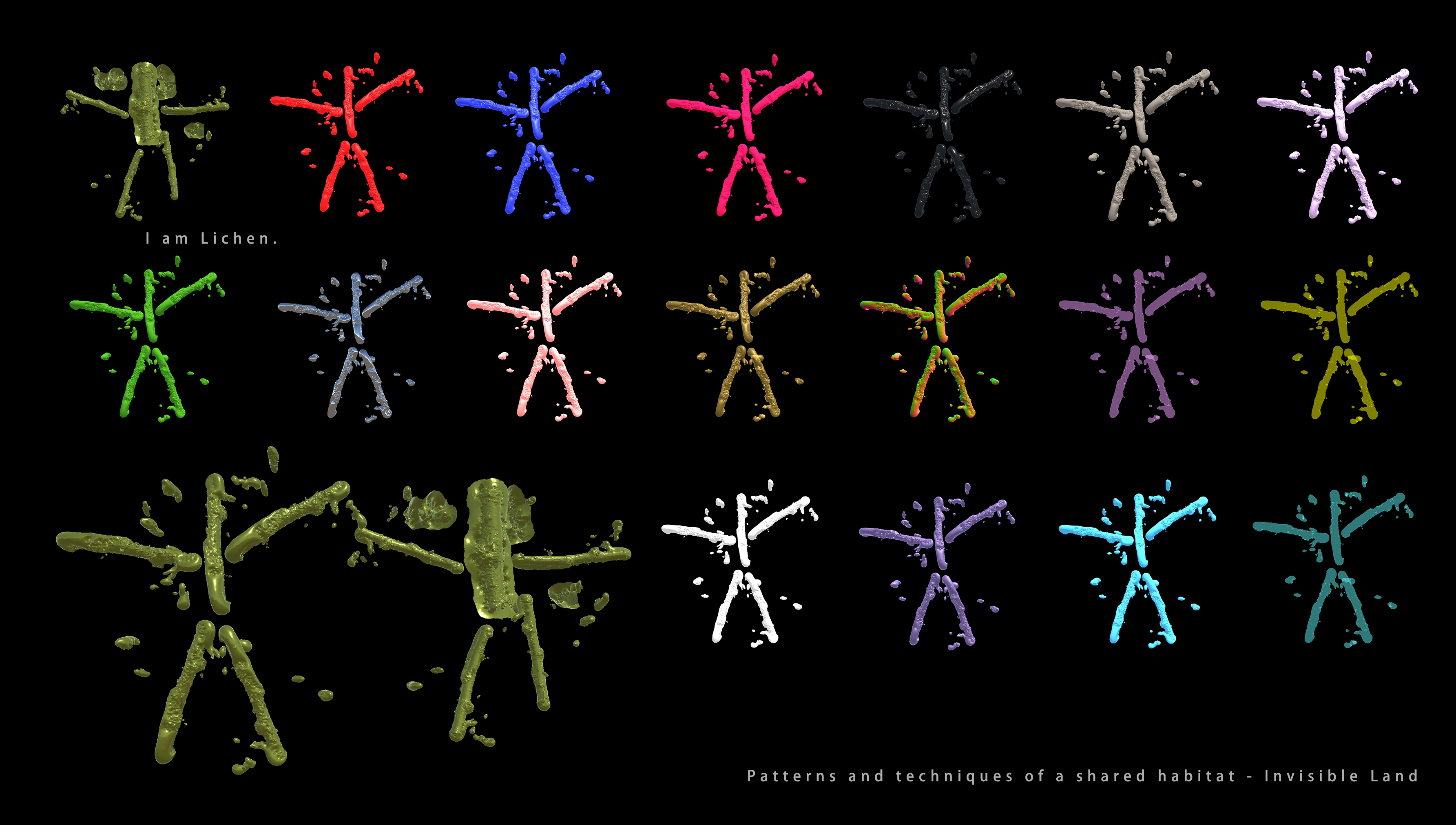 Another idea for an interactive experiment is to directly abstract the human body into a weird shape covered with lichen. The human is like lichen! In this experiment, tree branches scanned by photogrammetry were employed, and then reconstructed into human shapes, which were eventually implemented in Unity using body tracking technology.

In the testing phase I picked two runway shows from the internet then tracked the models' bodies. Link: AR runway testing [2] [3]