Herrenrödchen is located in the north of Weimar, c.a. 2.5 km from the city center. Besides the student apartments of Thuringia, numerous trees also inhabit here, which appear in different states with the change of seasons and climatic conditions. According to the semester's project theme: Observation - Experiment - Connection, the trees of Herrenrödchen are taken as the research objects and used for further experiments.

In this project, a visual installation is built, which is based on a real-time camera footage and collected environmental data. More precisely, the dynamics of leaves blown by the wind and the floating values of light in the atmosphere are employed as two different realities. The core part is a GLSL shader-based program for manipulating the footage: Through analyzing the differences between the current frame and the last frame, the motion of the object and its active color are left as trails on the digital canvas. The project is expected to reflect the local seasonal changes and the passage of time through a longer period of observation. 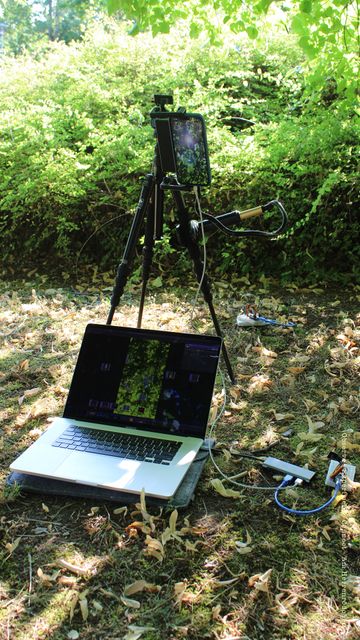 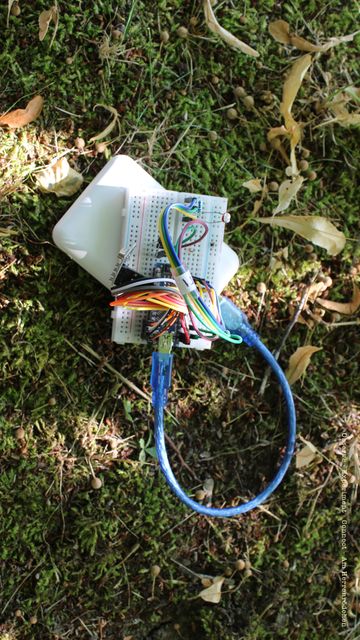 In the second phase of the project, four types of data, namely humidity and temperature of the atmosphere, light intensity and ambient noise from Herrenrödchen, are detected in real time as input. These data are then gathered on the PC via NRF wireless transmission module. The flowing "cloud map" displayed on the digital canvas is generated based on the Perlin Noise algorithm, with each data type determining the details of the flowing cloud.

The initial idea is to generate images by collecting local environmental data: trees in the nature act as "perceivers" of the environment, witnessing the seasons, climate, environmental changes and the passage of time.