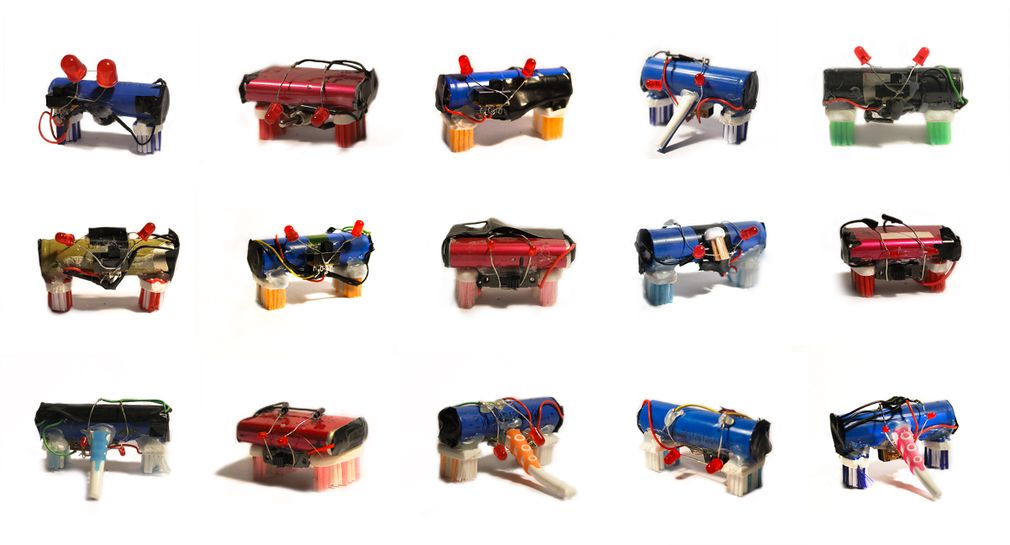 Mindless robots that only know how to go forward, working as a group to manoeuvre around obstacles and achieve the goal of surveillance as a collaborative behaviour system.

"KUK15" represents the concepts of social insects, for example - ants, bees, termites and wasps - which can be viewed as powerful collective intelligence, consisting of interaction agents among individuals and the environment.

Focusing on the topic of self-organization, came to the capture of swarm intelligence which opened up new inspiration and ideas to represent it. 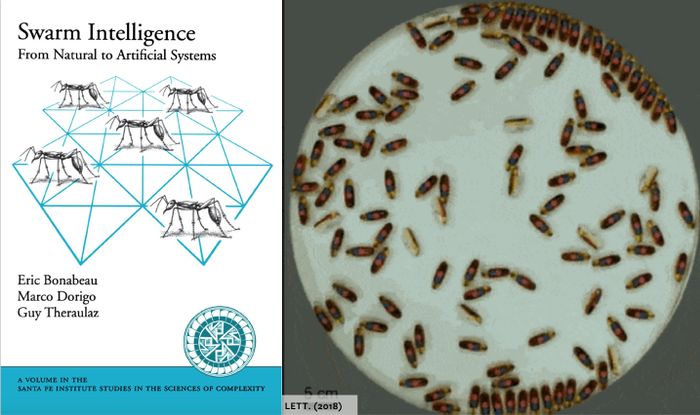 By using a simple circuit I started created my own creatures 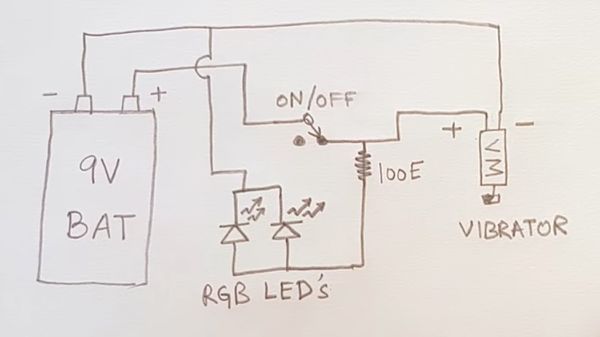 There was a plenty of problems from the beginning, the main was the sustainability. Nothing was working after approximately 15 minutes, problem was in battery! As you can see in picture i was using simple AA and button cell batteries. 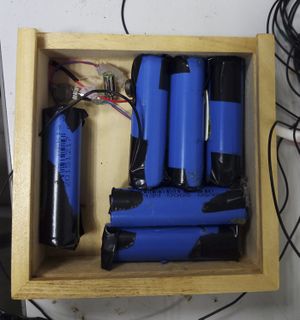 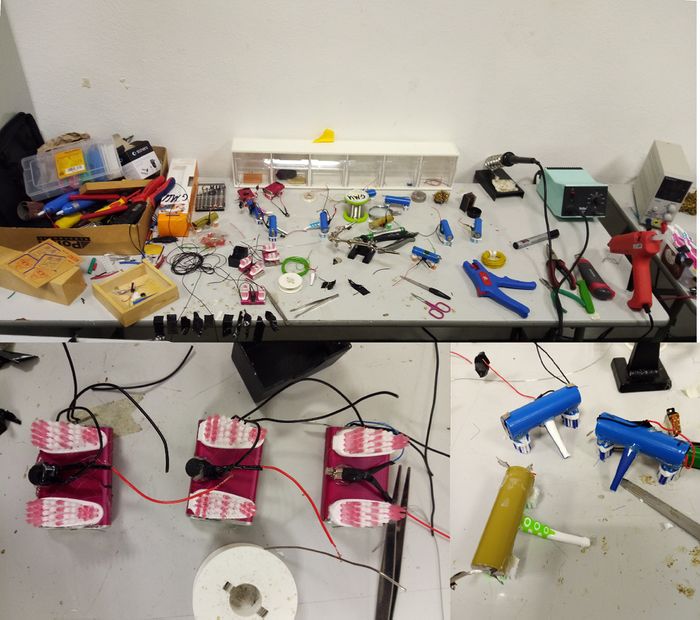 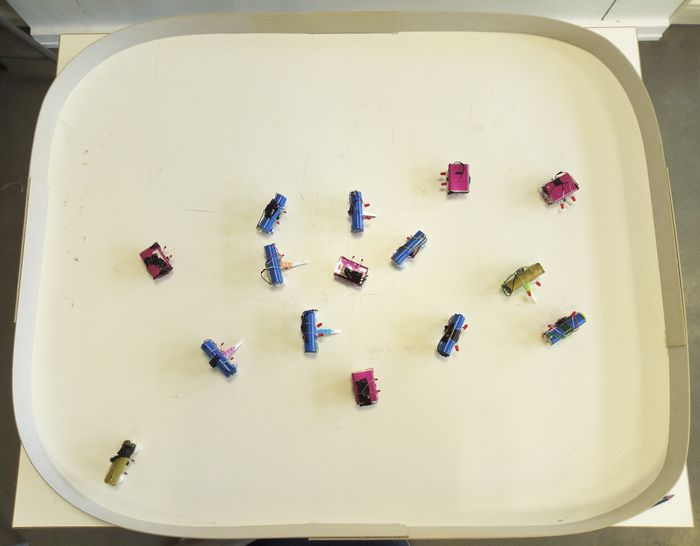 BY IT SELF / GENERATIVE SCULPTURE 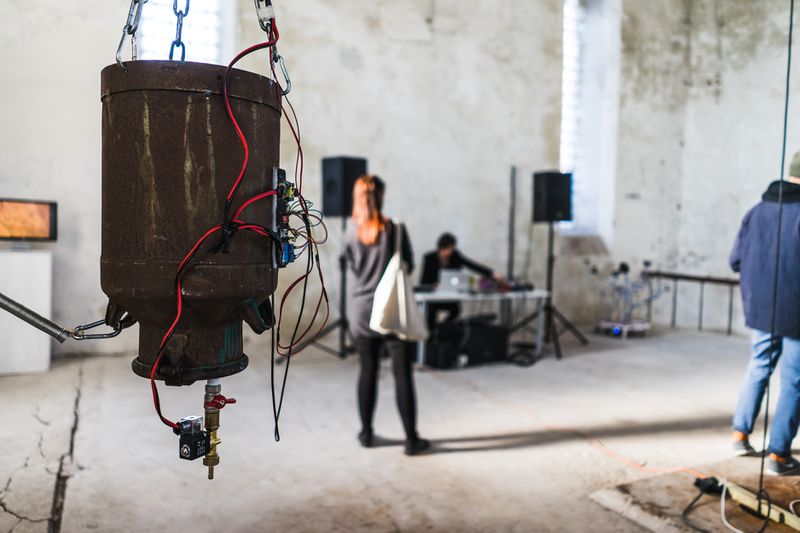 BY IT SELF is machine who following principle of self - organisation* generating patterns. At work, this concept is played as a installation → which itself is interpretation of complex chaotic mechanisms, where each smallest irritation is able to make changes throughout the all system that gradually smooth out and settle.

/* Self-organization is a system that can continuously reproduce itself by moving from one stable state to another. It deals with borderline issues such as chaos and order

This concept exposing fundamental representations, in the search for unconventional aesthetic processes

Conceptual goals: Bild environment who can deal with borderlines as chaos and order thru simple way of transition from one state to another, following principles of self-organization. 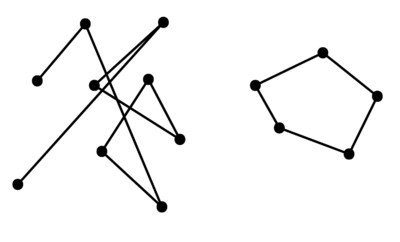 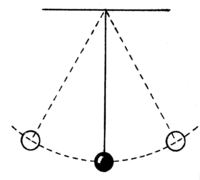 Practial goals: To build the machine which can represent self-organization process, by using basic computing platform Arduino to affect method of pendulum. 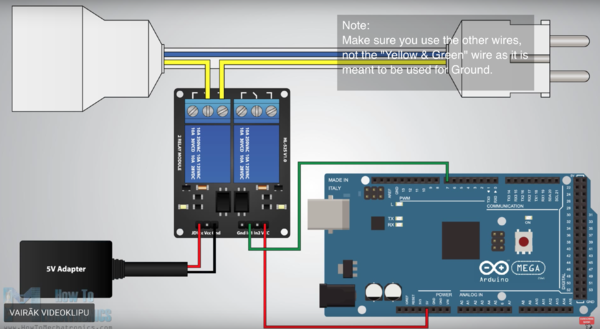 In the begging clay was meant for representative material of self organisation, but because of the viscose of clay, no desired results were achieved. 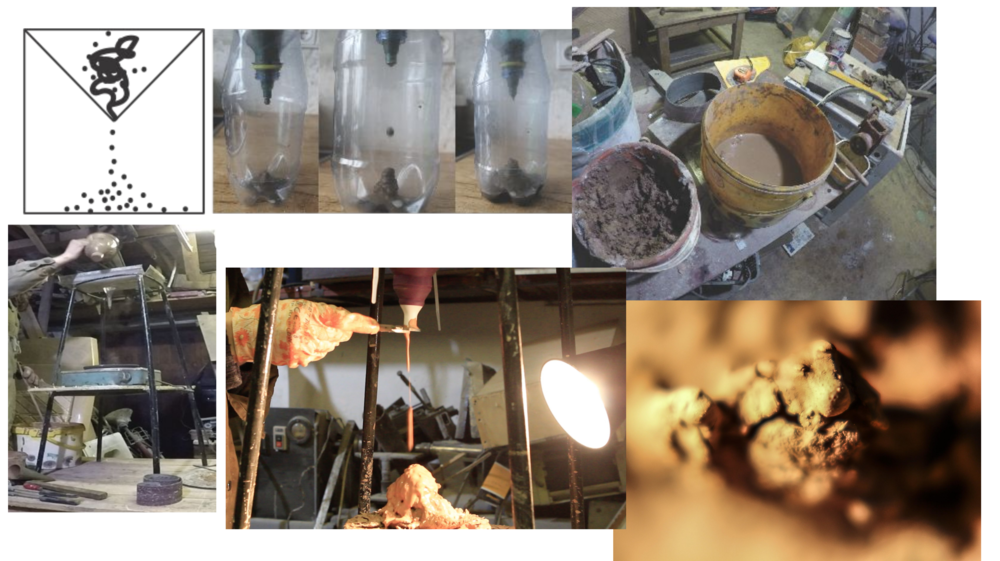 Simple water based colour was good solution to achieve final results. Electronic was helping to make this process alive, by "controlling" valve solenoid and motor. 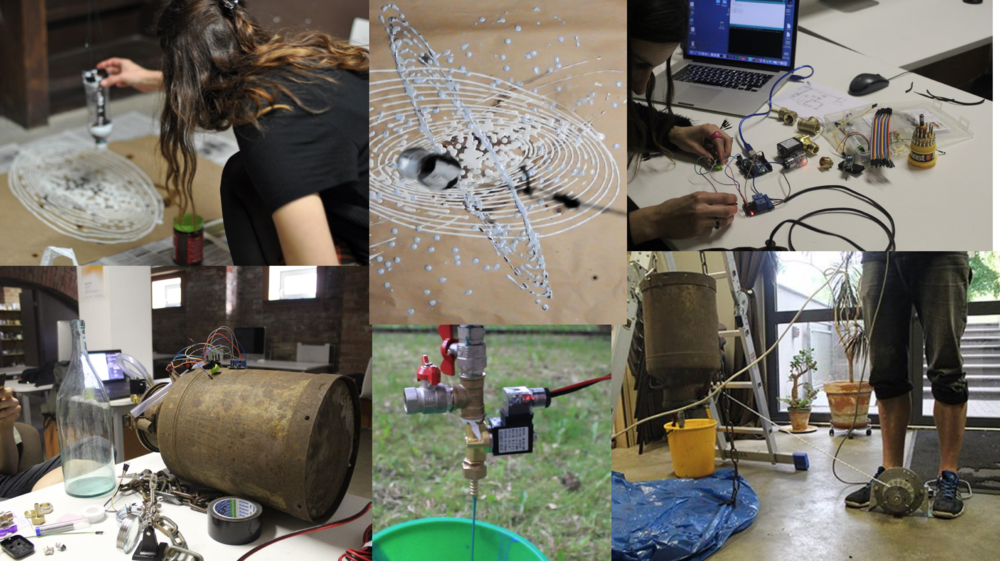 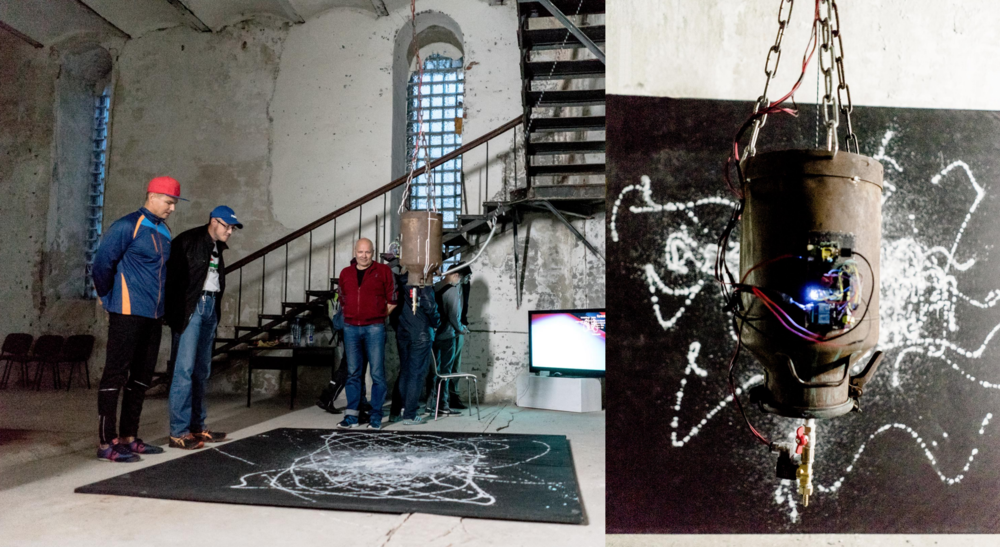 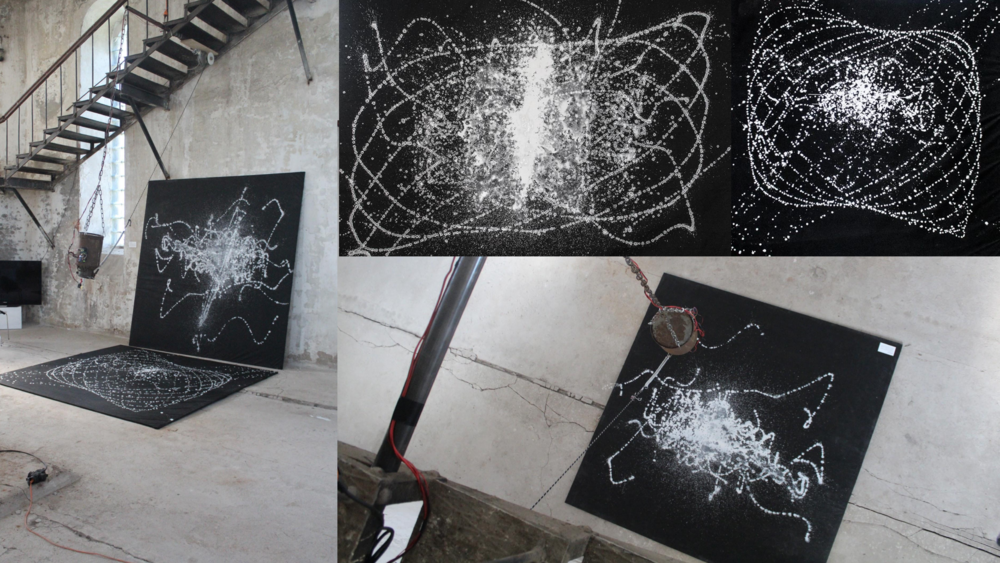