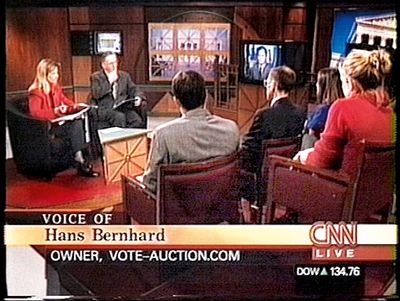 It is difficult to choose one artist among others but for this first presentation I would like to focus 2 artists who employ performative action and media hacking / biohacking strategies in their work. (I may mention boring net.art projects and interactive installations in coming weeks.)

The work of UBERMORGEN, an artist duo of lizvlx and Hans Bernhard, Vote-Auction was an online auction platform created during the 2000 US presidential election that claimed to allow Americans to sell their vote online. The project gained enormous media attention, in online media, print, radio and tv including a CNN news https://vimeo.com/19218313 which became part of the work at the end. The legal system started an investigation in14 States, so did the FBI, the CIA, etc...

Another outstanding media hacking works of UBERMORGEN is “Google Will Eat Itself (GWEI)” in 2015. They generated money by serving Google text advertisements on a network of hidden Websites. With this money they automatically buy Google shares. As they explain in their web site “We buy Google via their own advertisment! Google eats itself - but in the end "we" own it!”. UBERMORGEN's work questions about the moral basis of law and the opacity of democratic institutions under capitalism. 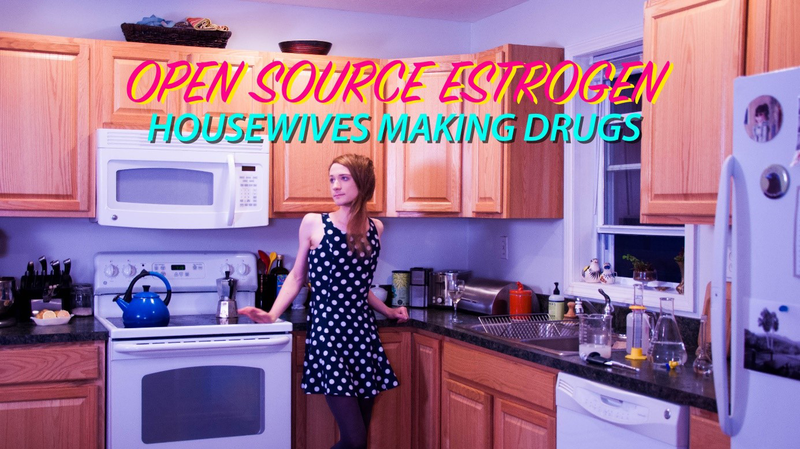 Woman have been stuck in kitchen in many cultures. Kitchen is a politically charged space prescribed to women as their proper dwelling. Therefore, it makes it the best place to perform an estrogen synthesis. the argument is to start the revolution from the kitchen so that women and transgender females can have greater control over their bodies. Mary Maggic’s work aims to hack the hormones present in our bodies and our present environment, creating a non-institutional portal for hormone access as well as a cultural dialogue for biopolitics.

Common characteristics of these two works are willing to take risks and push the boundaries of art, technology, politics, biology.... Both of the works compels social rules, law and order, morals, ethics, safeness.