I want to create an interactive and spatial experience, where the visitor comes into contact with abstract data.

My first thoughts how such an object could be realized have been about the material. At the moment I have two ideas:

Take thin plastic hoses (the ones you use for water cooling), two Arduino controlled pumps, two reflux valves, an hose adapter and inked water. Both pumps are connected to a reflux valve and afterwards joined together to one hose via the adapter. The pumps are controlled with the Arduino. The first pump sucks the inked water, the second one sucks air. Now by turning the pumps on in an alternating way, a one dimensional pattern will be created in the hose and move throughout it. If the hose is long enough you can wrap and coil it up or create a grid display out of it.

The overlay of the current information stream and the one being longer in the hose forms a complex dynamic pattern. 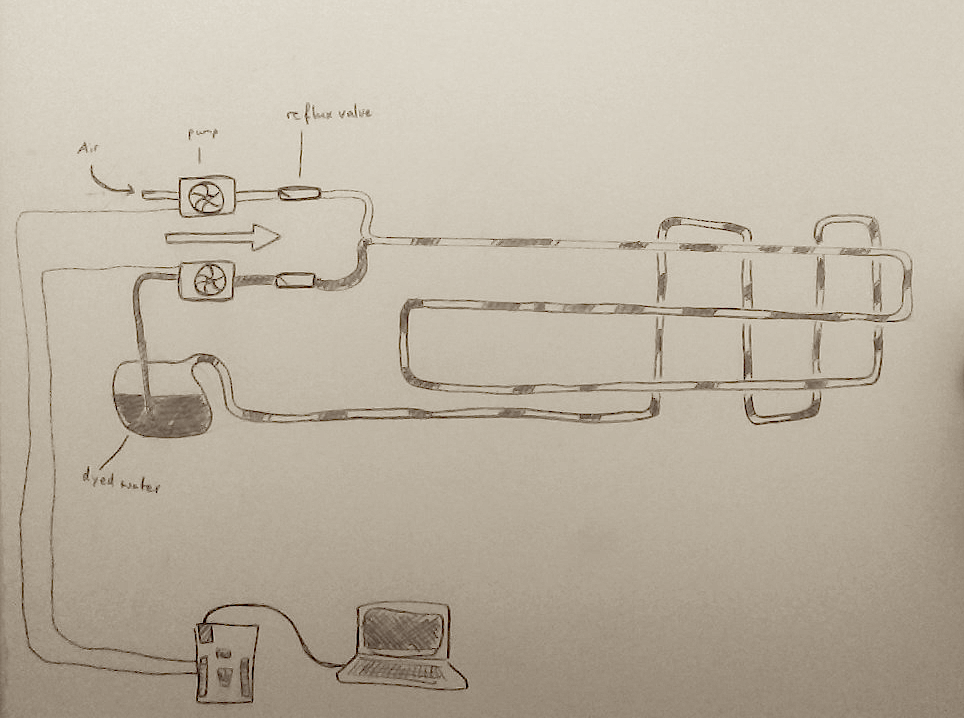 Take a mechanic balloon pump, a couple of transparent balloons, an Arduino, some pipes/hoses and some Arduino controlled valves. The balloons are arranged in a grid. Their input is connected to a pipe. The pipes pass two valves and are connected to the ballon pump in the end. If the Arduino triggers the first valve the balloon get blown up a bit, if it triggers the second one the balloon loses air.

In this way quantities can be visualized by volume.