This project is a system for transforming natural sounds into real time images based on multiple transmitters and single receiver wireless network via NRF24L10 module. 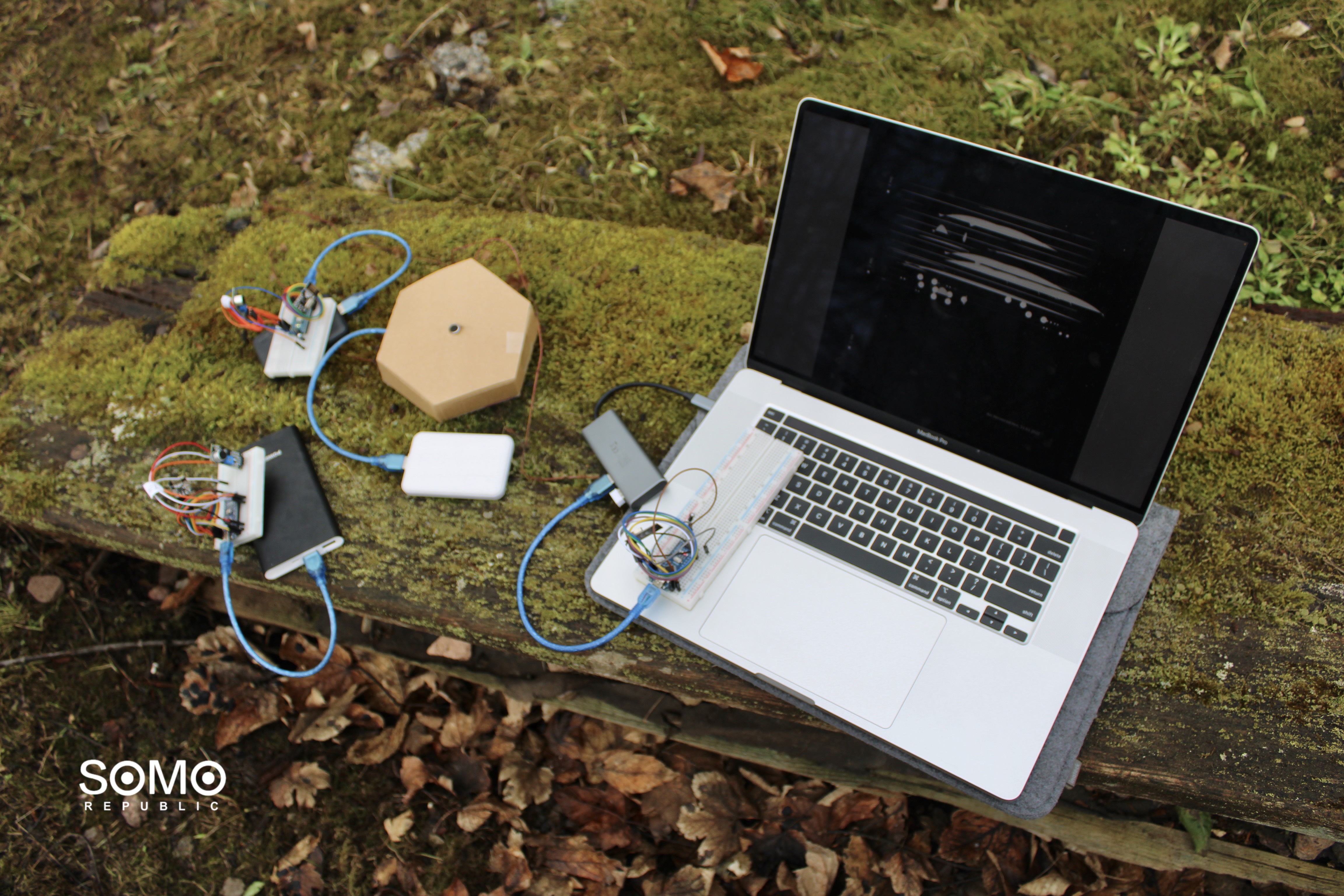 The environment we live in is full of different sounds: the noise of cars driving, birds singing, water running in the park, etc. If these sounds are transformed into graphics, how would they look visually different? So in this project, the idealized approach is to catch sounds from nature through wireless remote monitoring system with sound sensors and then turn them into graphics that people can "read".

In addition, Multiple transmitters are set up in the project from different locations, to convey a concept of union and integration.

The realization of this project relies greatly on the application of a wireless remote monitoring system, and in the final presentation part the NRF24L10 module [1] was chosen, which offers the possibility of wireless long-distance communication.

For the physical part of the product, the multiple wireless Transmitters determine the independence of each module. Packing each transmitter into a single unit, the shape is inspired by the beehive. 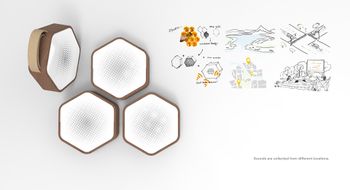 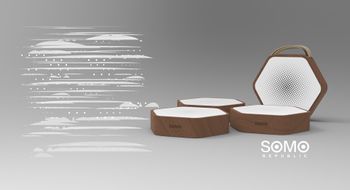 For the part of digital graphic design, due to the mixture of multiple sounds in the natural environment, it is difficult to collect sounds like pure bird chirps and water sounds. The biggest problem is that the sound sensor is not sensitive enough, which causes the collected data to be large or small and not continuous. In order to get relatively stable data, the Potentiometer on the sound sensor was tried to be tuned frequently, the instability of the electricity caused the sound sensor to be burnt.

The final image presented is trying to convey a natural concept of landscape painting. Inspired by the works of famous painters, the new images are recomposed by generalizing the basic elements. Different locations represent different shapes. The imperfect data also reflects the "disorder" and "randomness" of the natural environment.

Experiment 4 ::: The purpose of this test is to solve the technical aspect of wireless transmission. After searching online, HC-12 Radio module could be a good solution for long distance transmission - about 1km, this makes it possible to collect and transmit the sound signals from different locations in this project. The test site of this time is still the balcony of student apartment near a traffic crossing. The process and the final generated graphic are as follows. HC-12 Module Connection Reference ::: [2]

Experiment 3 ::: In the third experiment, a combination of sound sensor and Processing was used to try to convert the sound in nature into graphic images. In this stage, I still chose circles as the basic elements of an image. At the beginning of the test, the collected changing sound values only affected the size of the circles, forming an image of overlapping circles. After that, the circles generated by each data were arranged sequentially on the canvas, just like "typing/ writing". One sound sample is the bird song I recorded this summer in the woods below my student apartment. The other sound mimic are real-time car noises recorded from the balcony. Here are the patterns generated by those interesting moments. Video links ::: [3] [4] [5] [6]

Experiment 2 ::: The second improvement focused on the arrangement of the dots on the canvas, and I tried the "for loop" as recommended by the lecturer and got the following results. The size of the dots and the tone of the generated sound are determined by the input value of LDR in real time.

Experiment 1 ::: Learning Arduino for the first time and dealing with Light Dependent Resistor, briefly, the strength of the light projected onto LDR will directly affect the value of the output signal, so I want to make the dots on the screen change according to the changing value. A small experiment: think of nature where sunlight is projected onto plants to create shadows, which move to create a changing value, and finally generate a screen image.