Exploration of Our Microcosms and Macrocosms

"all animals, from the simplest to the most complex, are fitted into their unique worlds with equal completeness."

TIME: the only objectively stable thing in the world and the subject sways time on its own world. Without a living subject, there can be no time

The first task of the Unwelt research:

The question is: can we see the images of our experiences?

Jakob von Uexkull's Unwelt theory of microcosms and macrocosms sheds light an important factor: communication. As a tick has its own spatial and visual worlds, we too have our own Umwelt, in which our senses of sound, sight, touch, and time are defined independently of those around us. I am interested in exploring the microcosms and macrocosms of our own unique universe, in which it is not our behaviors that define us, but the brain. The brain is responsible for everything we do and feel, and the microcosm in our head ultimately decides the macrocosm we live and cultivate. When neurons communicate with each other, they are in their own unique worlds with equal completeness as our own outer manifestations. By comparing the way neurons communicate with each other - thereby affecting our external manifestations - and the way we communicate with others, we can begin to explore and investigate the different worlds we are part of. How do our microcosms affect our macrocosms?

Audio and Servo motors combined: magnets attached to the strings 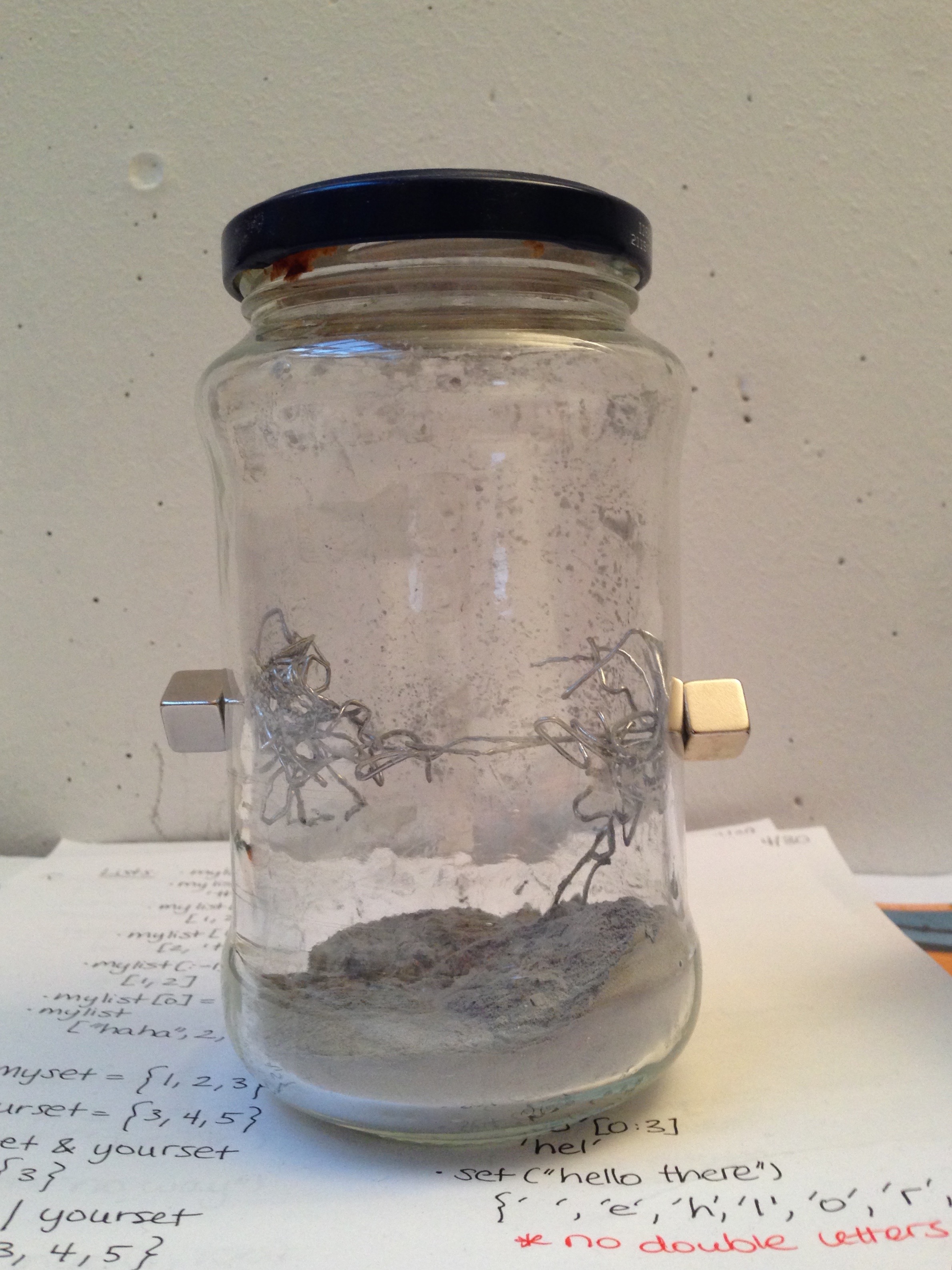