Describe which aspects of space were/are important for Walter Pichler (half a page).

critical evaluation, consideration and rework the very methods of how it is possible to work with space

specific way of working with space, which is yet not strictly defined and does not belong either to architecture or to sculpture

visualization of boundaries and their spatial features

to reflect social scenarios through space

Invent a performance "Body configurations" according to slide 36 from Valie Export. Perform it and have it photographed. Describe your experience.

I'd like to show here another (but similar) project i recently took place at, because it's firmly related to thema of body perception in architecture. There was a temporal (2 weeks) architectural installation, built around the former DDR-times concrete fence. The fence separates a popular park with a big playground from the former site of Rechnenzentrum, office building in the center of Potsdam. Right now the half of the building is demolished and the territory around apears as a wasteland where it's nothing to do. Normally people don't pay attention neither to this wasteland nor to the old fence. During the design process the new object was concidered as a bar pavilion, with the fence top surface serving as a bar table. But soon we mentioned a particular effect it has on visitors and children: the fence has a huge potential as a playful spatial object. The fence was build by drawings of artists Karl Heinz Adler and Friedrich Kracht and has a particular design, concrete wall with romb-formed holes, at the same time permeable and steady; also there is surely a trace of recognizable DDR design. Several people told me that they never mentioned the existence of this thing before, even asked if we built it. I witnessed how adults and kids were climbing it, sitting on it, jumping, walking on the edge, playing and watching through holes. Albeit all of this was possible before, somehow people didn't concider it as an object for this "body performance". Somehow the temporary structure, designed with the accent on the existing object, legitimized the inclusion of this object to people attention. 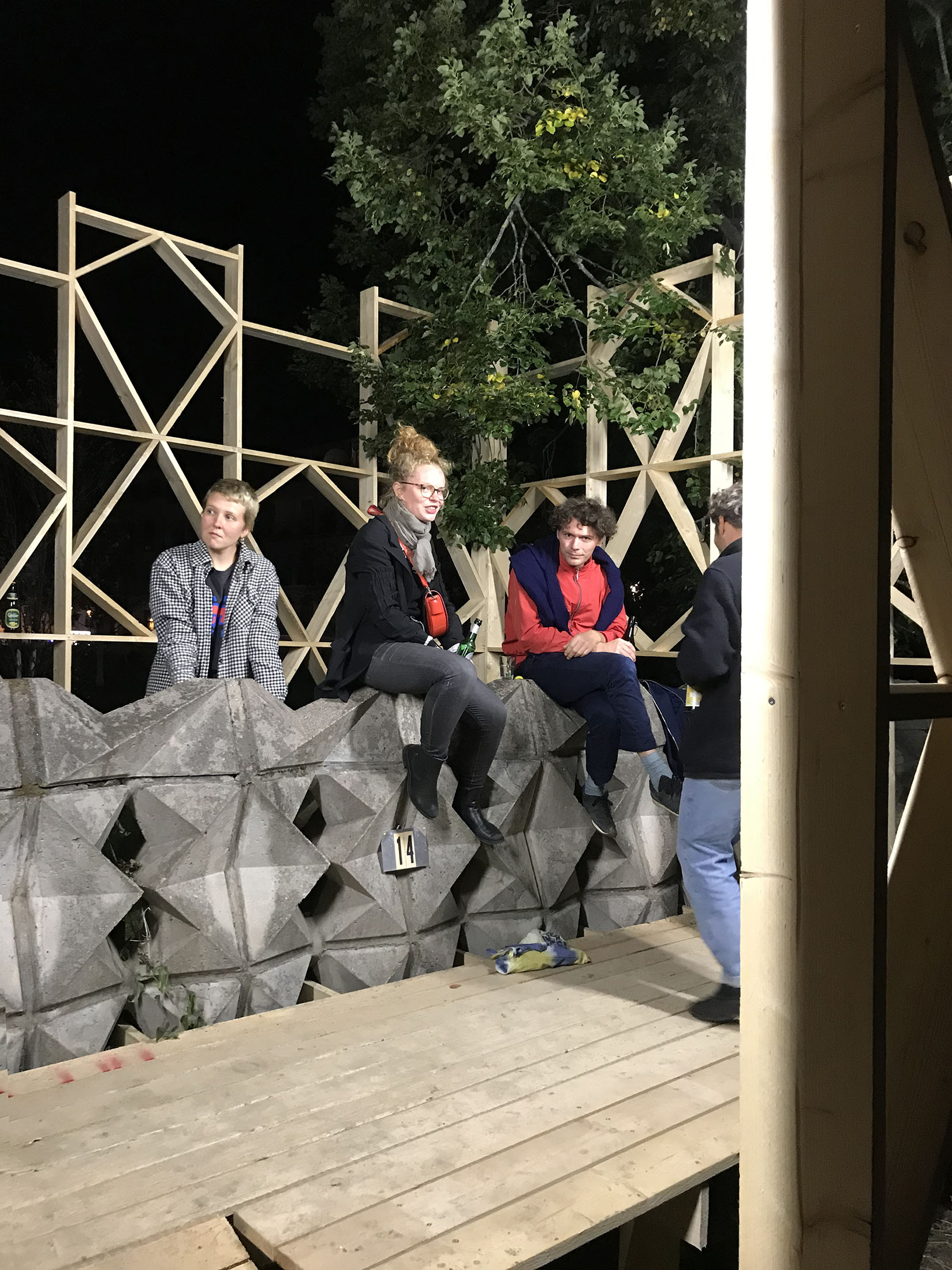 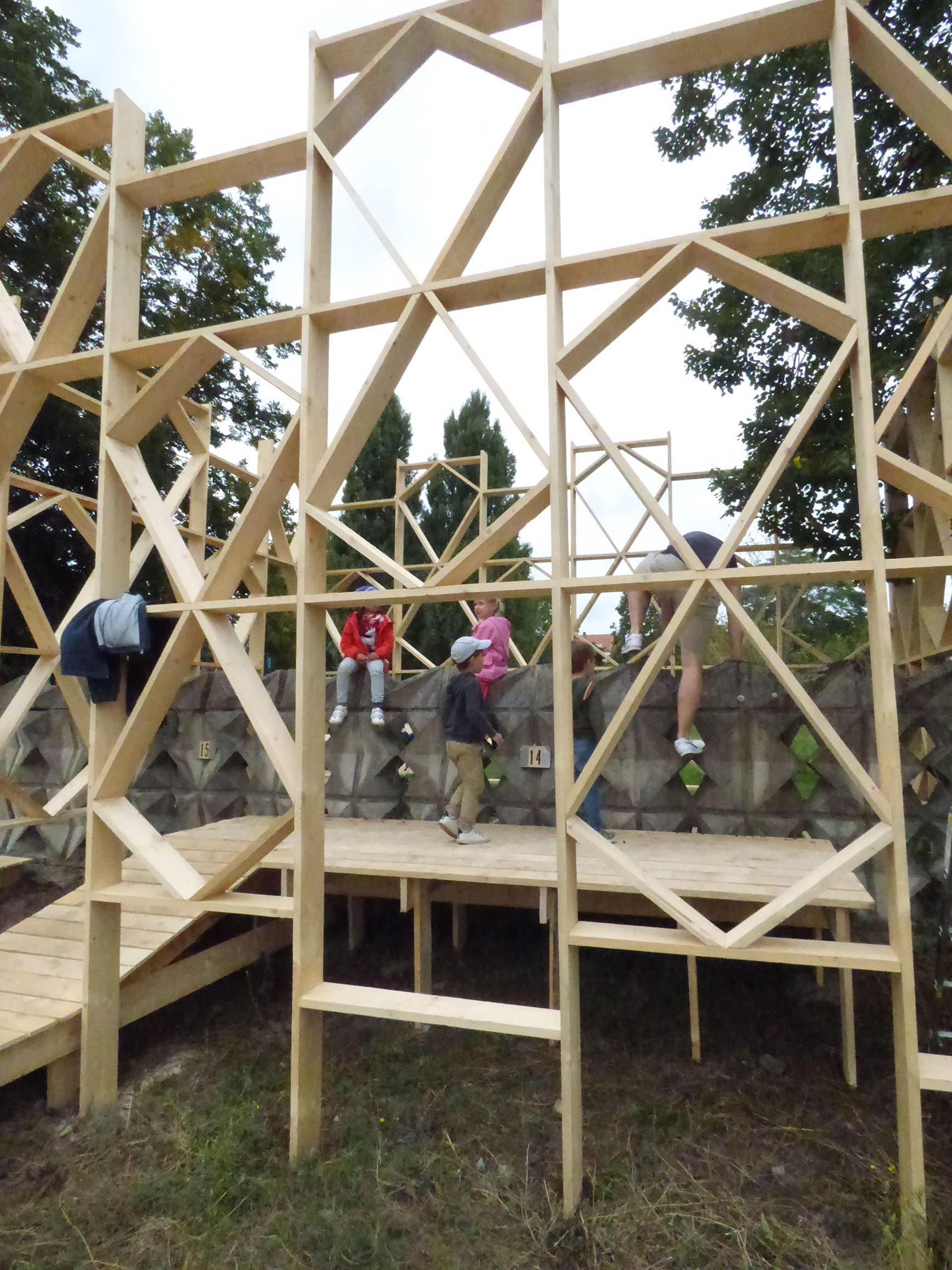 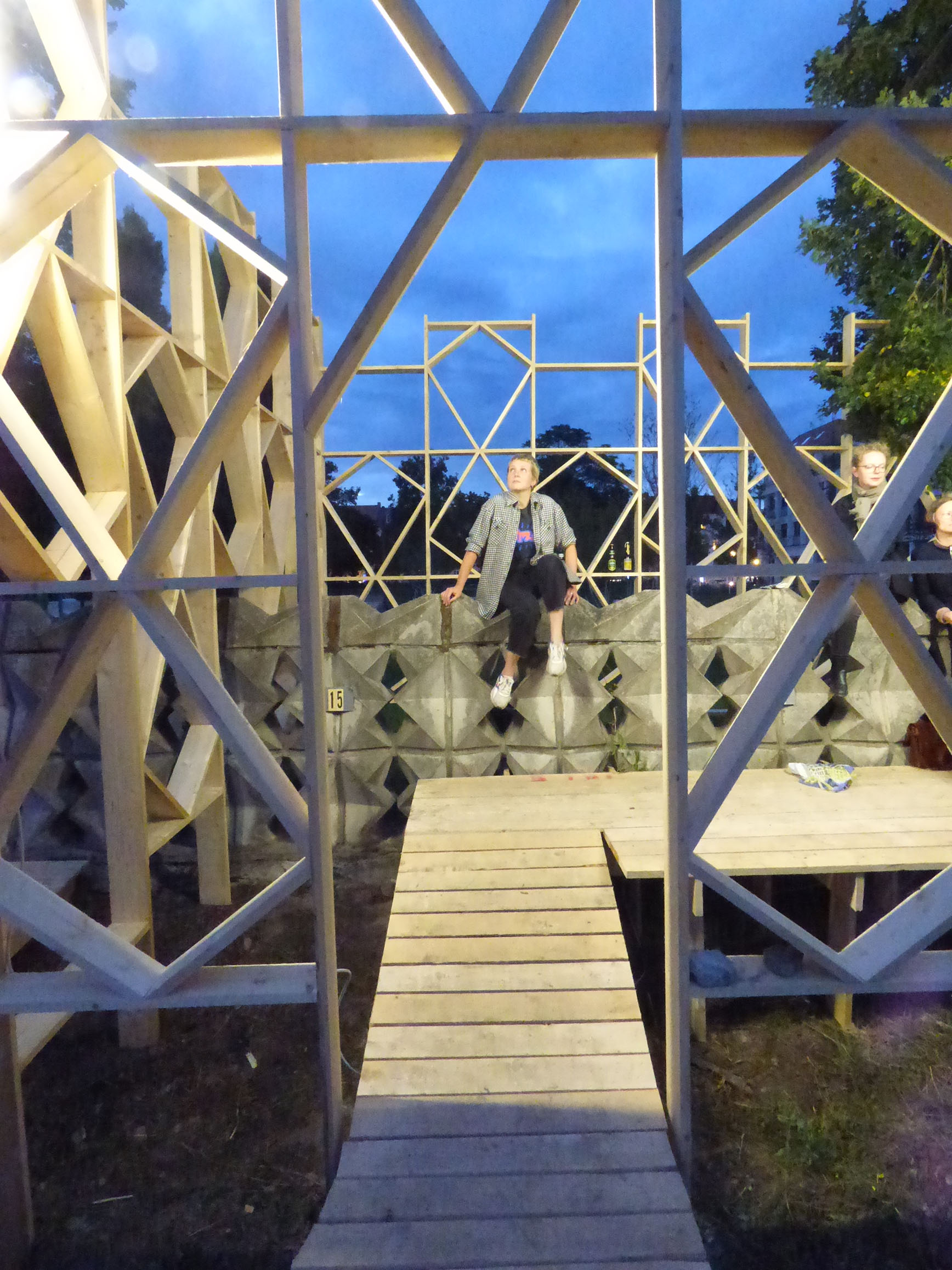 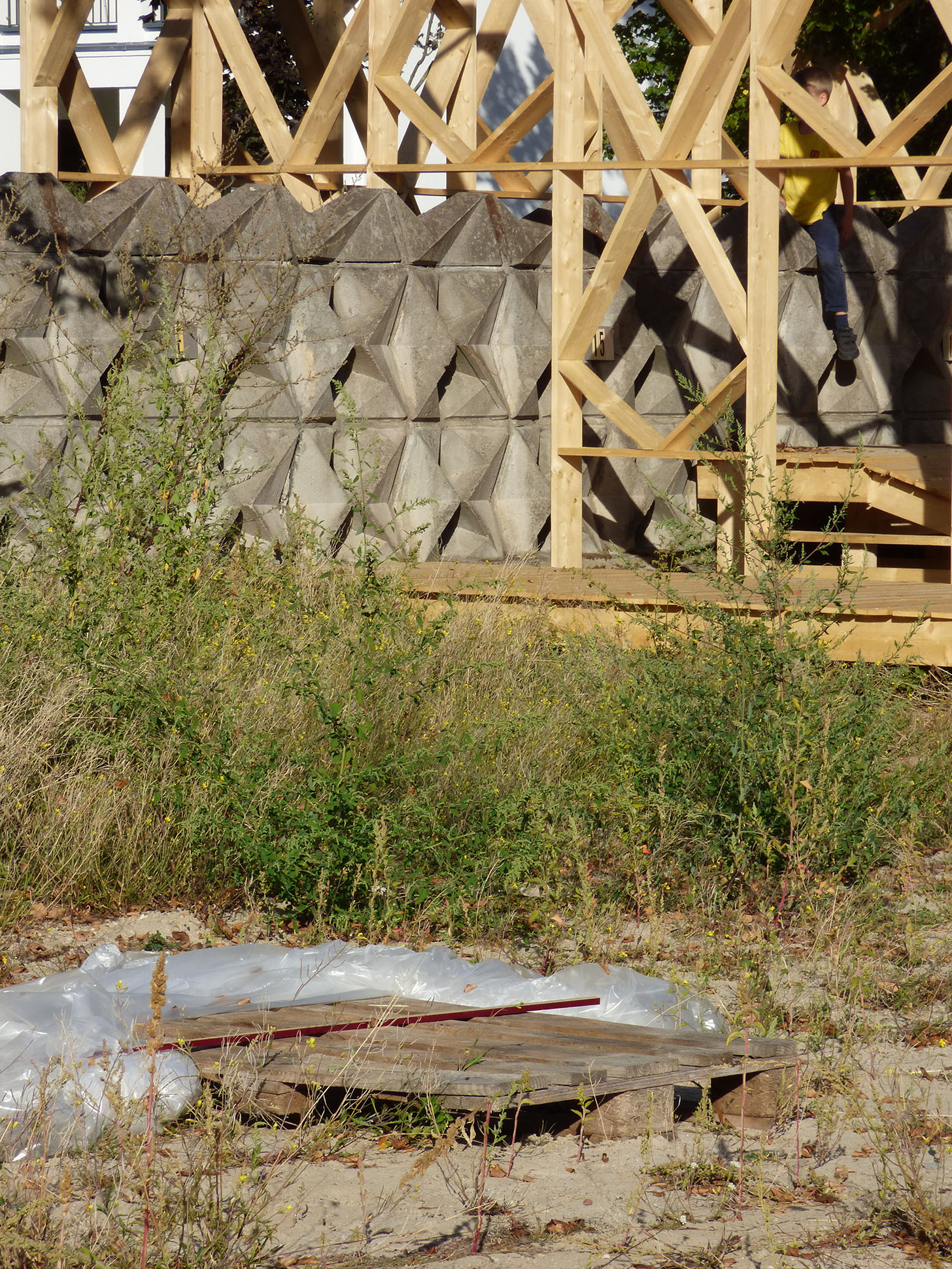