The Exhibition took place at the Nietzsche Gedächtnishalle, a strange place built by the nazis to glorify and utilize Nietsches work for their ideology. It never was inaugurated as such since the war made stopped the spook. It was used as a radiostation during the German Democratic Republic and from here the first FM stereo broadcast in east germany was aired 1977. 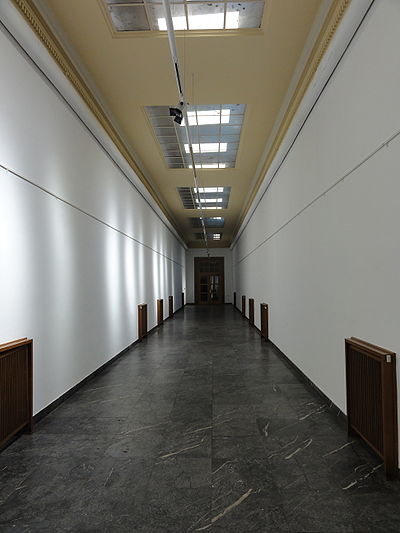