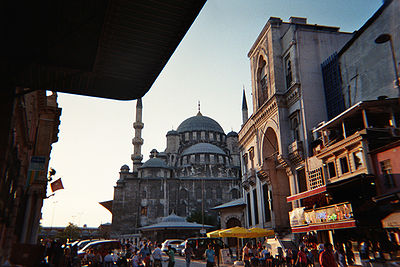 During the project Istanbul different ideas came to my mind. I initially wanted to explore the residential areas in Istanbul in order to find Gecekondus. Well, in the end I actually did that, but in between I found myself distracted by other experiments such as Surrogates. According to my project progression the following notes depict my step-by-step development.

Istanbul is a big city. A city where a lot of things happen and a lot of different people live next to each other. As far as I know Istanbul conglomerates of different residential styles which I regard as imperative to explore. I am interested in how the city manages to meet the domestic demands of a 13 million inhabitants. While researching following questions have been arisen:

After a locally fieldwork I want to interpret the collected data. Be it raw facts or digital imaging. With the help of my catalogue of information I hopefully can depict the cityscape. My intention is to actually rebuild a Gecekondu in a urban surrounding somewhere in Germany (Weimar or Berlin).

How to explore an unfamiliar city within 14 days? With a population of 13.5 million, Istanbul is the largest city in Turkey. It is most certain not to see everthing within this short period of time. In order to return from my voyage with a broad idea of Istanbul, I prepared several discovery kits in order to hand them out to both locals and my travelling companions. Each bag contained a city map of Istanbul, a disposable camera, a pencil and a felt tip. In addition to that a guideline was also included. The outcome represents the varied experiences my surrogates had on my behalf. 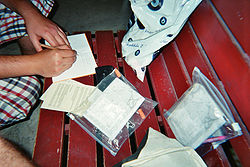 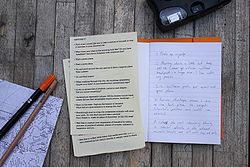 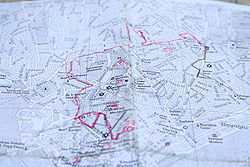 What I actually did in Istanbul

While thinking about all the possibilities one has as a student while staying in Istanbul, one has to have a focal point otherwise one gets lost. During the 14-day-stay in that city I made a brief journey through the residential area Zeytinburnu which is farther west of the city centre. There, I strolled along the blocks and parks and took a lot of pictures. My underlying idea was to find Gecekondus in that certain place. It is known as a former place where rural people from Turkey settled down to set up their simply made houses 'over night' ('gece'= night, 'kondu' = build). It took me some time to actually find those buildings. Luckily I discovered a few of them right next to newly constructed appartement buildings. It couldn't look any better: residential highrise put side by side and in between a ramshackle hut. 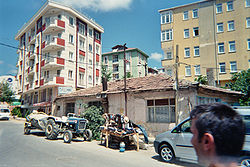 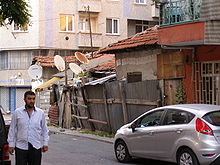 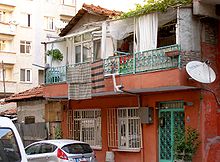