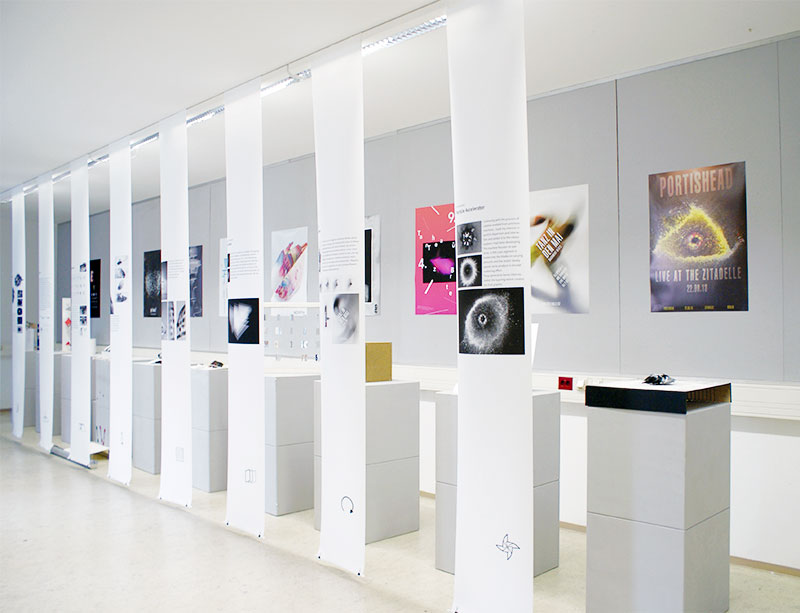 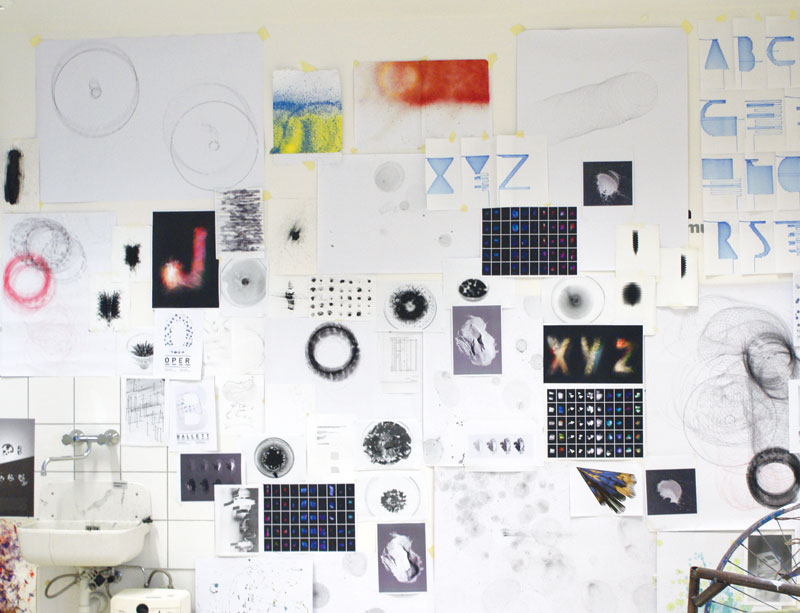 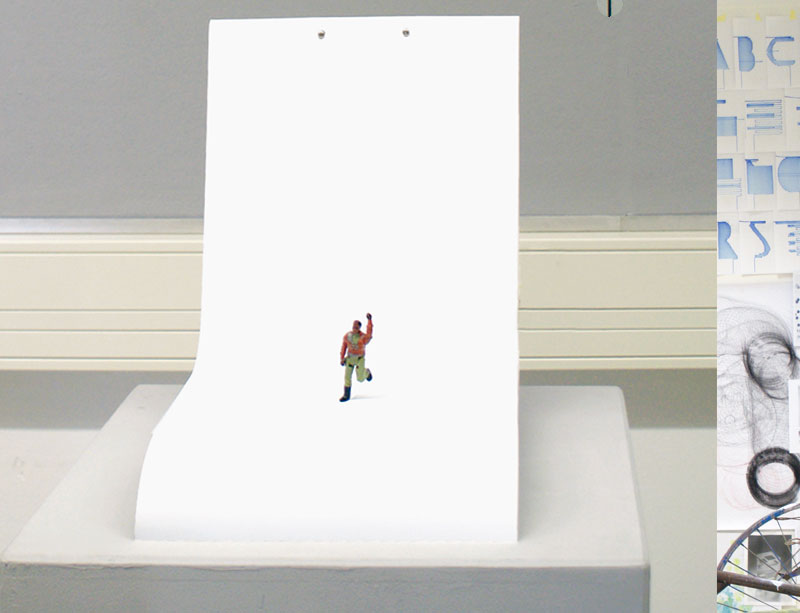 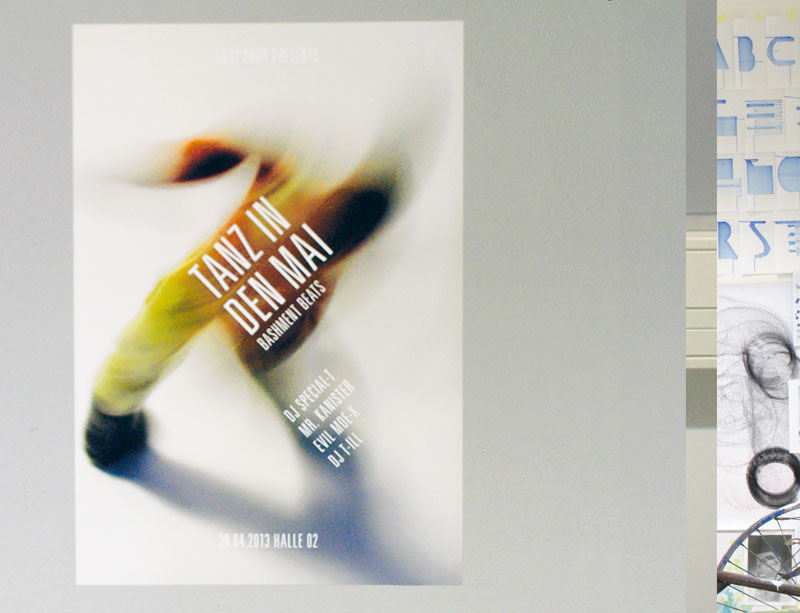 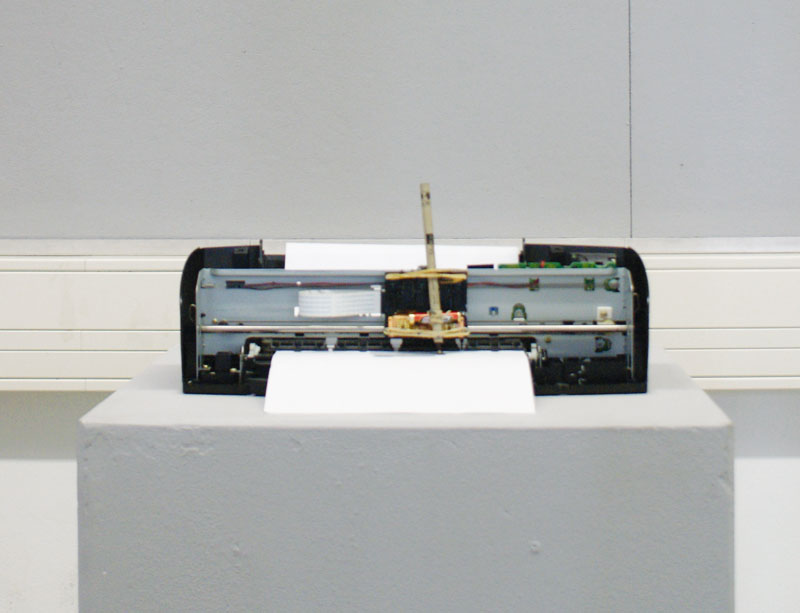 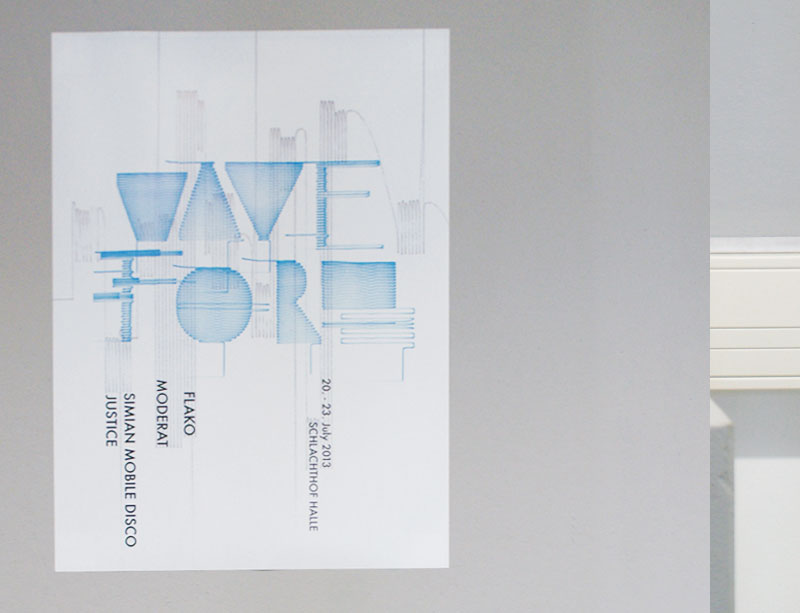 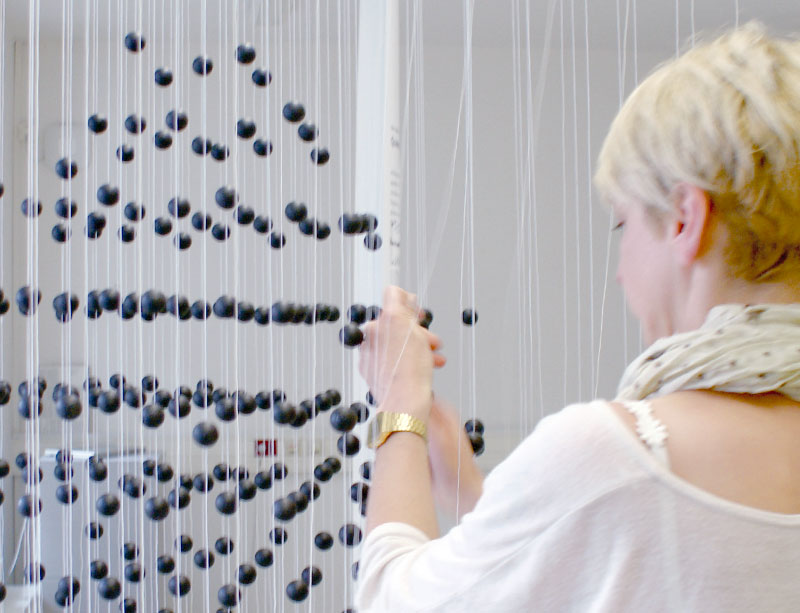 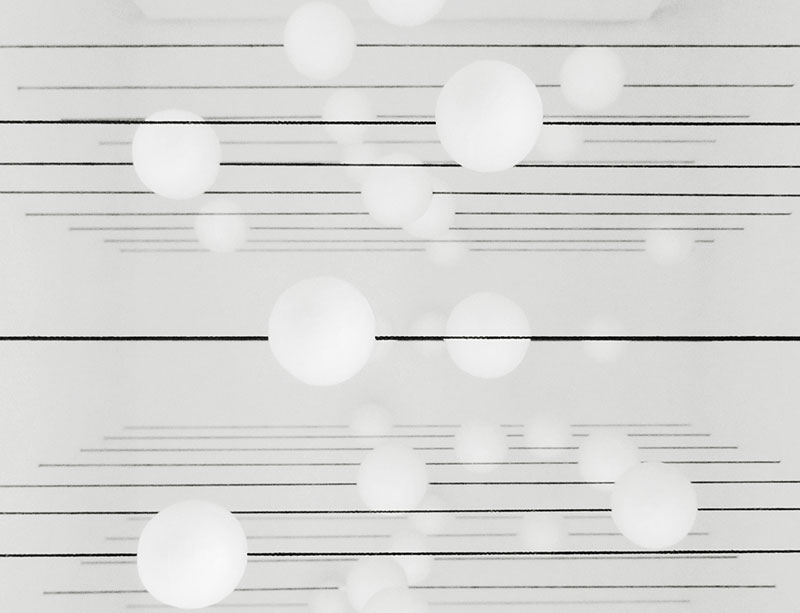 In history of graphic design have been many designers who automatised the designing process with artistic methods. With the use of variables it became a generative composition of forms. The idea of »generative design« is by far older than the generation of graphic with software.
This subject was generating and documenting visual drafts which were produced with »analog machines«. With regard to content concepts were developed which dealed with the balance of forms, gravity and tension, point-line-plane, symmetry e.g.

At the end of the course the students presented their work in an exhibition. Works shown by Tim Munz, Georg Lurz, Bernadette Ritter.