I recreated the famous game "Pong" in Processing; to touch my hat to the old pong consoles I used an Arduino and two potentiometers to build one myself. 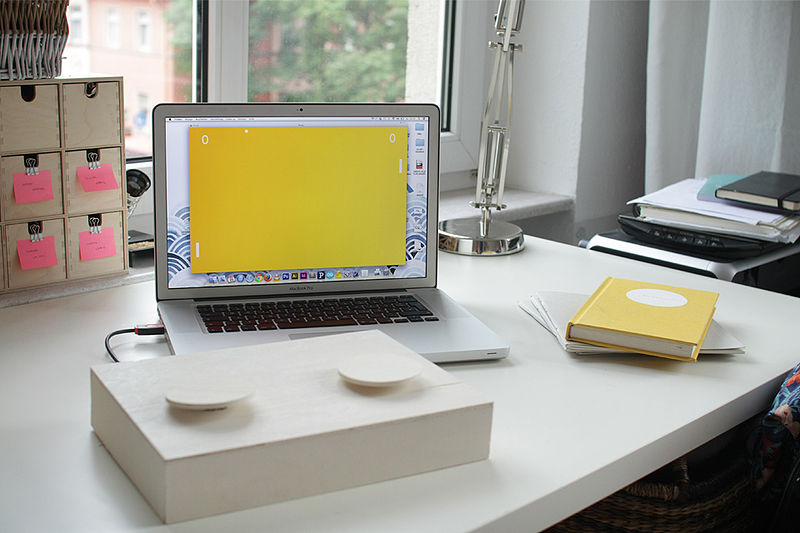 The final Processing sketch is based on a program I wrote during the class "Tangible Programming - An Introduction" held by Johannes Deich. I went for a more colourful look than the original game. 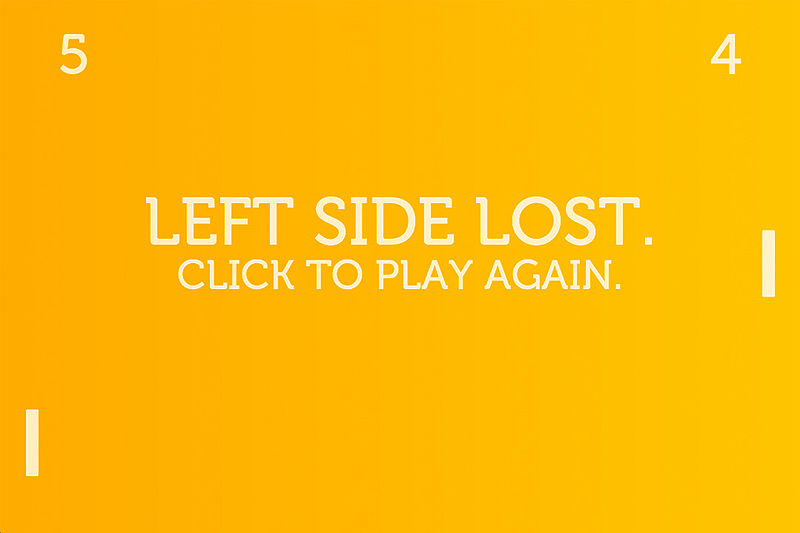 This full-functioning prototype already shows the unfussy electronic setup as it is in the final console. 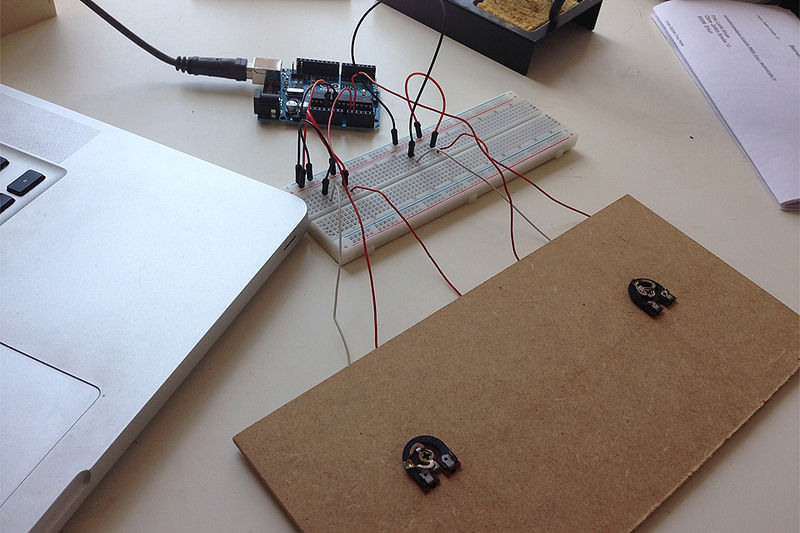 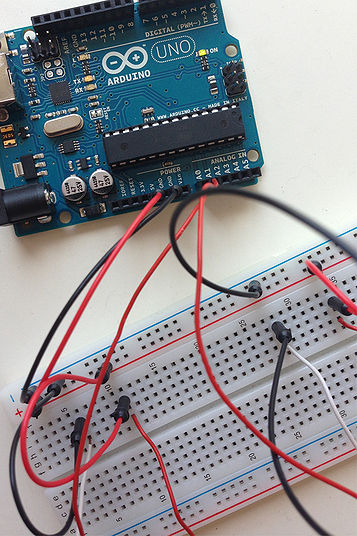 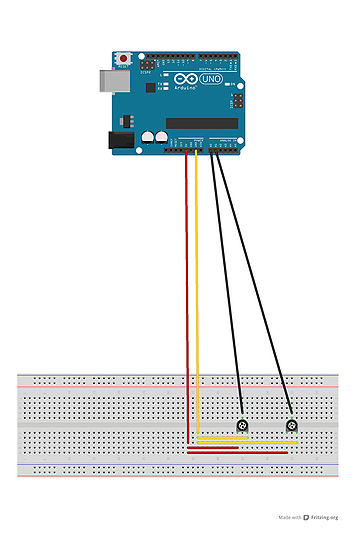 The finished console is made of plywood and has one rotary button attached to each potentiometer, enabling the user to control the paddles by rotating movement; just like with the original consoles. The wires and electronic components are all hidden on the inside. 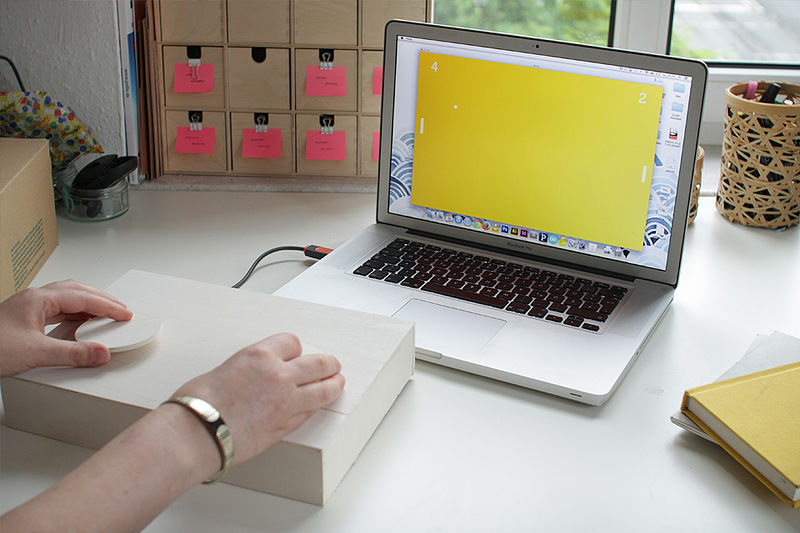 Feel free to watch a video of me doing a test run.