IFD:Eclectic Electric!/DocumentationWS2013/Lydia Kluge/Exercise2 < IFD:Eclectic Electric!‎ | DocumentationWS2013
Revision as of 21:25, 28 June 2014 by Lydiakluge (talk | contribs) (Created page with "== Simply Sound == '''Task''' The given task was to modify one of those sound recorders used in greeting cards by changing the resistor. '''Work''' Before altering anything ...")
(diff) ← Older revision | Latest revision (diff) | Newer revision → (diff)

The given task was to modify one of those sound recorders used in greeting cards by changing the resistor.

Before altering anything I recorded the first few seconds of "Thunderstruck" by AC/DC to test if everything is working fine, check the quality of the replay – not that good, obviously – and avoid hearing my own voice. Subsequently I removed the original resistor and replaced it with a light depending resistor. 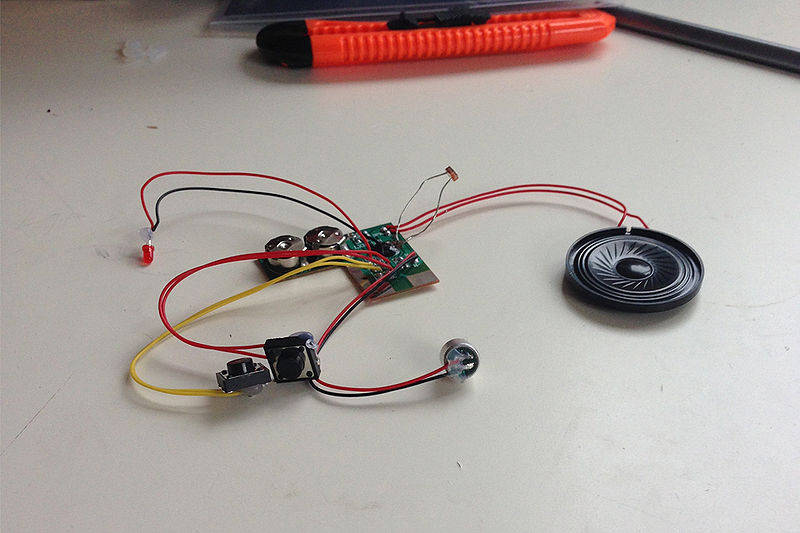 After this modification the recording was influenced by the surrounding light; the more light was caught by the resistor, the more rapidly the audio signals were processed, thus making the pitch level higher.