Get That Soldering Done

The task was to build a small circuit mainly in order to familiarise ourselves with a soldering iron.

Tobias Wolf and I constructed a wooden display that either shows the number zero or the number one with the help of a drilled dot matrix and nine LEDs.

To accomplish the change of the number we build a two-way connection; first we put one, two and two times three LEDs each in a series circuit and connected those in parallel. Next a resistor of 330 Ohm was used for the wiring with only one LEDLight-emitting diode and a resistor of 220 Ohm for the one with two LEDs. That's slightly more resistance than needed but we assumed this wouldn't be a problem.

On top of this we improvised a toggle switch which connects the two LEDs either with the single LEDLight-emitting diode to form the "1" or with the other six LEDs to form the "0". 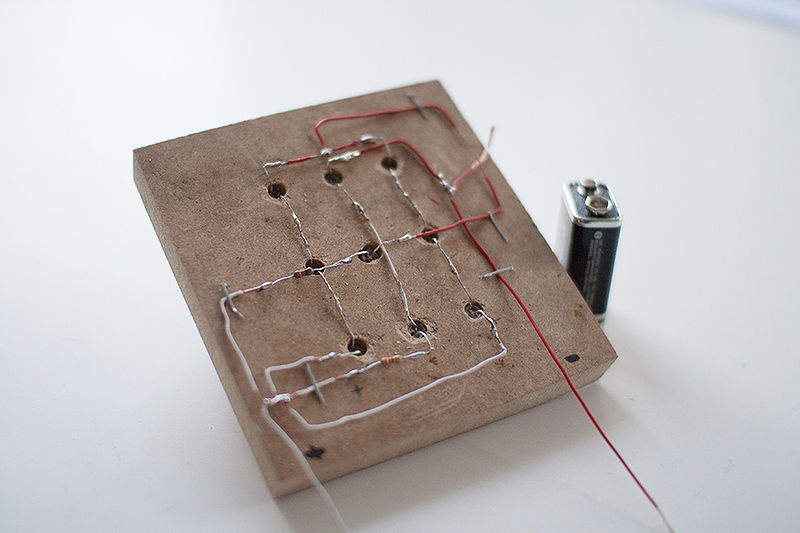 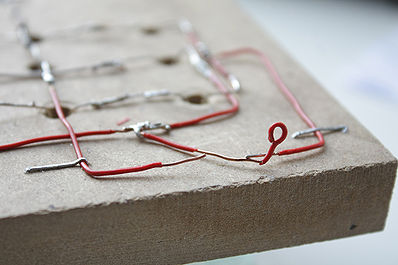 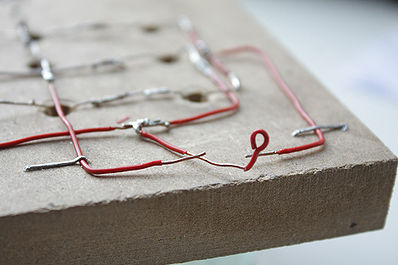 Last but not least, our wiring diagram: 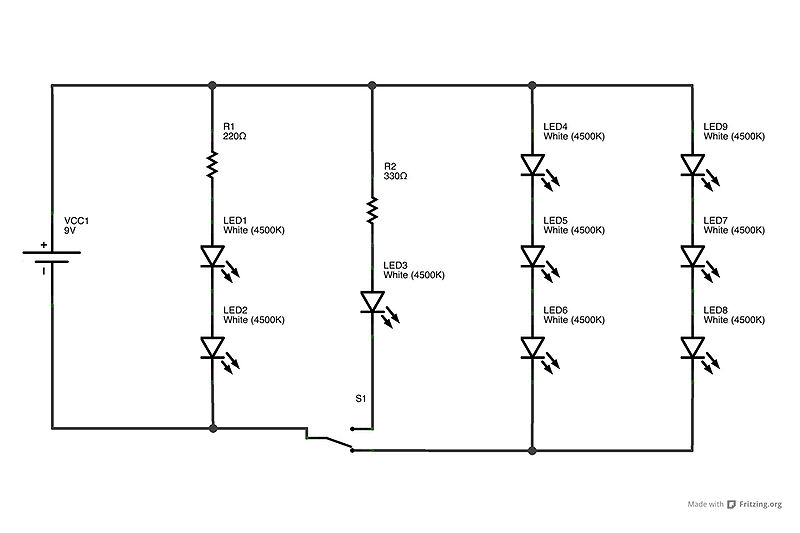