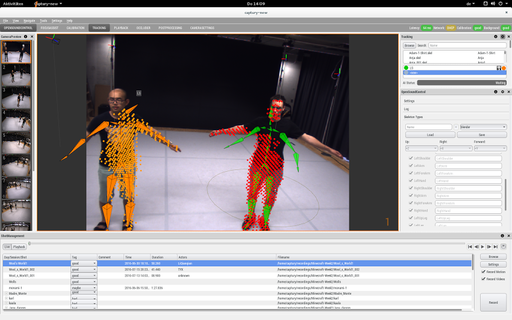 Through the motion tracking system man could get basic information about one or more persons’ movements in the specific area. Normally these information describe the status of some important nodes of a person, such as head, arms, hip, feet and so on.
This article is mainly a step by step tutorial about different ways of accumulating motion data(such as the speed of a person or the expansion among three persons) into a single value. In the following examples, these simple values are visualised in a simple basic way in processing: changing the background color.